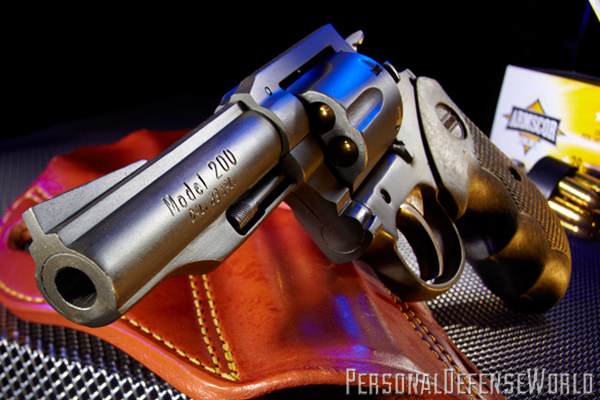 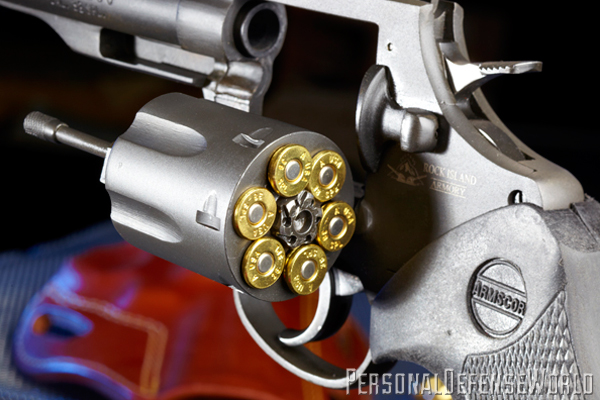 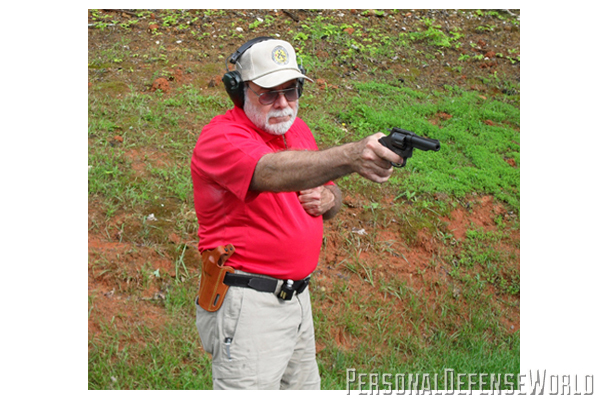 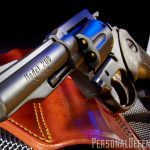 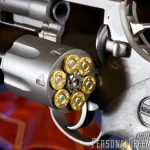 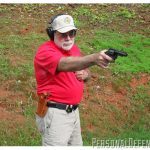 In these tough economic times, it’s always a good thing to find a reliable handgun at an affordable price. As Combat Handguns’ Paul Scarlata puts it, “everyone appreciates getting a lot of bang for the buck, something that Armscor understands very well.” Armscor manufactures an extensive line of firearms (distributed by Rock Island Armory here in the States), and the double-action/single-action M200 is one of its latest revolvers in .38 Special.

The M200 has polymer, finger-groove grips for better control, a 4-inch barrel with a 3-inch underlug that protects the ejector rod, and a ramped-blade front sight paired with a square-groove rear sight machined out of the frame. Scarlata digs in further: “Like many current production revolvers, the M200 uses a transfer bar ignition system. When forward, the hammer rests against the frame and cannot touch the frame-mounted firing pin. As the hammer is cocked, a bar is raised between it and the firing pin, which the falling hammer hits, pushing the bar forward to strike the firing pin and ignite the cartridge. The bar then drops down, leaving the hammer resting against the frame once more.”

Did the revolver survive a tough range workout involving plenty of combat drills? How about when it was loaded with +P ammunition? To learn more, check out the November 2013 issue of Combat Handguns, available on newsstands and digitally August 6, 2013. To subscribe, go to https://www.personaldefenseworld.com/subscribe/combat-handguns/. 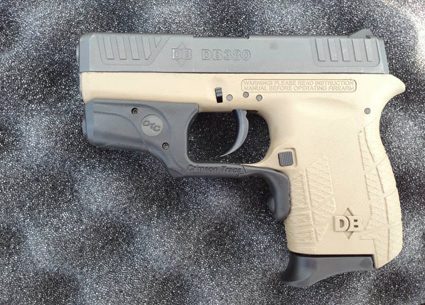 In these tough economic times, it’s always a good thing to find a reliable…