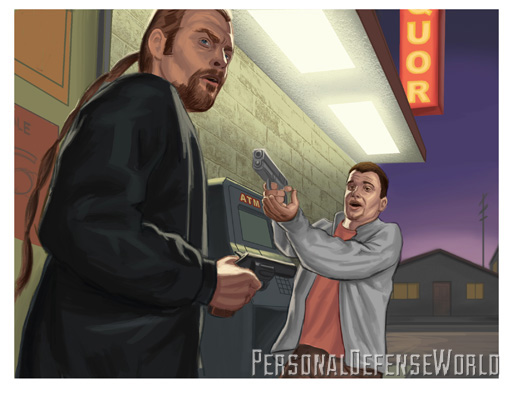 ATM Standoff
A few years ago, I became interested in buying a gun. My wife thought I was crazy, as she didn’t see the need. Friends of mine owned guns, had taken me shooting, and I caught the itch. They all recommended I take a gun safety class and some shooting lessons before bringing one home. I followed their advice, went through the background checks and got all my paperwork in order to carry concealed. I chose a Glock 19 in 9mm and began to make it a point of carrying it whenever I went out of the house. One night I left work and was heading home. On the way, I got a call from my wife asking if I could stop at an ATM. I had taken a different way home, so my usual bank stop was on the other side of town. Not really realizing where I was, I spotted an ATM in a convenience store and pulled into the lot. It was dark but not that late. When I got out of my car, I noticed a rough-looking guy standing around, but I didn’t think much of it, as he did not seem to be paying attention to me. As I walked up to the ATM, the guy started to walk toward me. Once I inserted my card and began to punch in my pin number, the guy said to me, “You gonna take out some extra for me, right?” and moved closer to me while looking around and over his shoulders.

As I have always heard happens, it seemed as though things began to going in slow motion. I remember noticing that both his hands were inside his jacket pockets and not knowing if he had a weapon. The guy himself was pretty intimidating, standing over 6 feet tall and appearing to weigh over 200 pounds. I knew that even if he just put his hands on me, I would be at a disadvantage. I told him I could not help him, and then I began to move away from him. At this point, he yelled, “Give me the money or I’ll kill you!” and pulled his right hand out of his jacket and exposed the grip of a revolver that was in his hand, while still looking around and over his shoulders. At this point, I had managed to move back a few feet from him to put some distance between us, and with him looking away from me and over his shoulder and with his gun drawn from his pocket, I knew that this was my only chance to act and that my life was in danger…

GET THIS ISSUE NOW! at personaldefenseworld.com/subscribe/combat-handguns/. 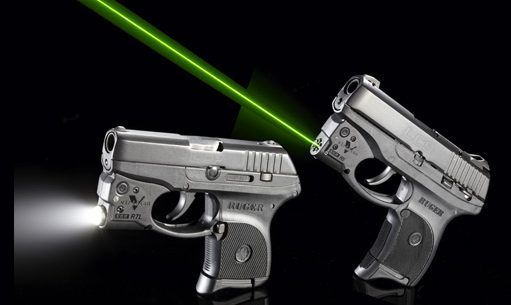 ATM Standoff A few years ago, I became interested in buying a gun. My…