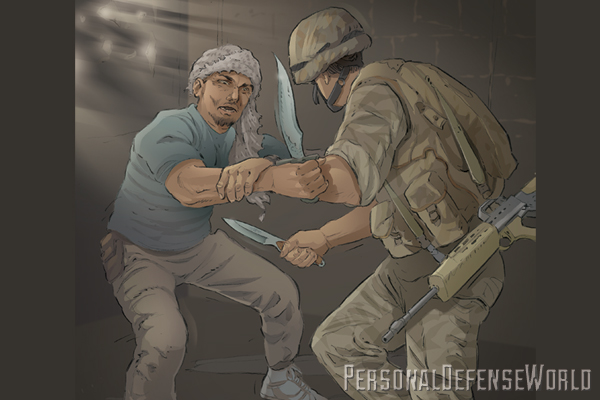 Basra, Iraq, 2006. After a drawn-out street firefight, my section was ordered forward to clear the building we had been attacked from. We pushed forward up the narrow road, darting and weaving between any available cover, still hearing the rattle of light machine guns echoing through the streets close by. After what felt like the longest time, we finally got to the front of the building and were met by a set of steel double doors locked from the inside. We worked quickly to breach the entrance with plastic explosives, clearing the area as the door caved under the weight of the explosion. I led on point of our eight-man section, leaving two men taking up defensive positions just outside.

We moved quickly and aggressively, clearing rooms left and right with flashbangs. It only took a few minutes to clear the bottom floor. However, the stairwell at one end was collapsed, so we had no way to get to the second and third floors from where the initial fire had come from. The section commander radioed through to forward command, explaining the situation. We were told to hold position and await another section to help us clear some of the surrounding buildings and maybe find a way to the second and third floors of the building we were currently in.

As we waited with a two-man rotating guard at the entrance, near the collapsed stairwell at the other end, the section commander and the radio operator sat in a separate room awaiting an ETA of when the other section would arrive. It seemed the other section was busy with a contact just down the road. I finished a guard shift and returned back to the section commander at the other end of the building. As I walked past one of the rooms, I heard a sound like a tap, or a knock on wood. Figuring it was one of our guys, I entered the room but found it empty. There was only a large box in the middle of the floor, some old shelves and the remains of what used to be the carpet. Though it didn’t have a window, the room was fairly well lit from several holes in the wall caused by our section’s light-machine-gun fire. I removed my helmet, rinsed it with water from my canteen and sat on the chest in the middle of the room. I decided I was going to enjoy a smoke while I had this time to myself before we moved out and it all kicked off again… 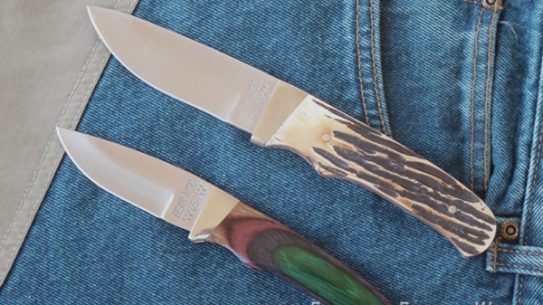 Basra, Iraq, 2006. After a drawn-out street firefight, my section was ordered forward to…