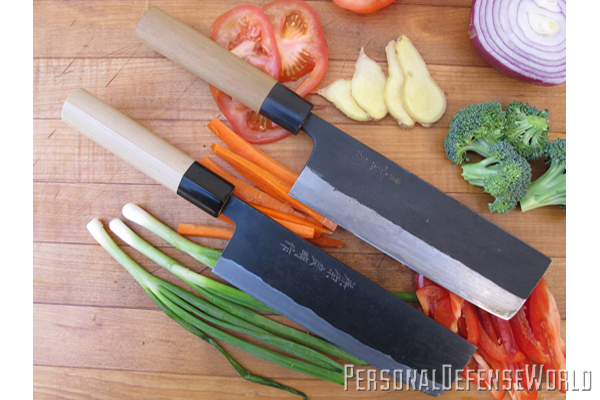 1 of 4
KitchenCutlery-4
Author’s Shigefusa 180mm nakiri (top) and Kato (bottom), the new kid on the block, of the same length. While these knives may look very plain, they are some of the most sought-after Japanese blades. 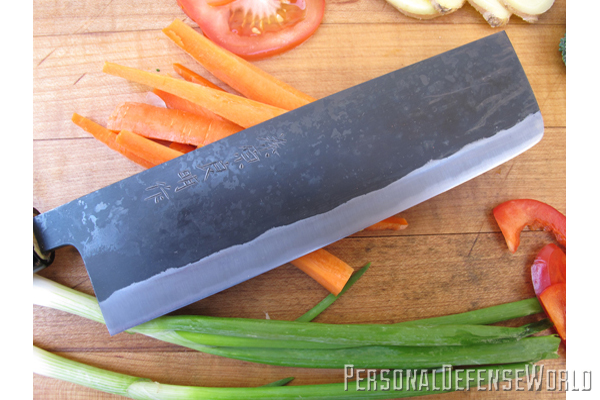 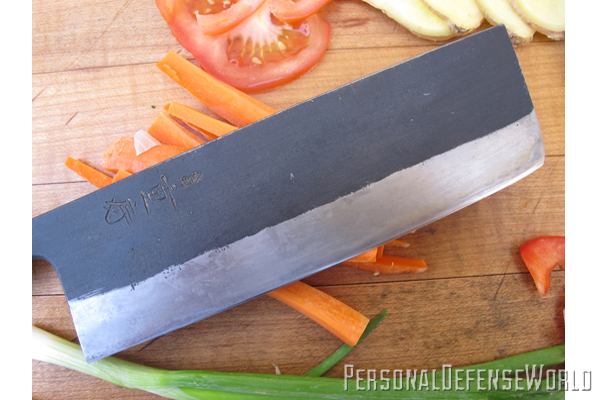 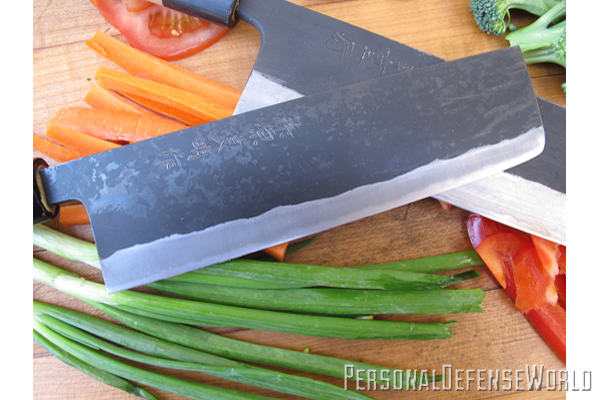 4 of 4
KitchenCutlery-3
The Kato blade has a very distinct “hamon” temper line along the edge, much like what you would find on a traditionally forged Japanese sword. 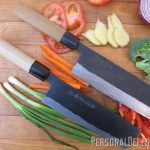 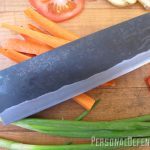 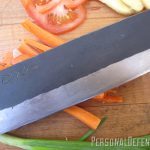 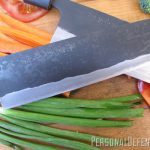 Several years ago I noticed a group of hand-forged kitchen knives being offered for sale by Japan Woodworker. The knifemaker was Shigefusa, which I wasn’t familiar with. I placed an order for a larger-than-standard 180mm nakiri and promptly received a phone call telling me the item was not in stock: “Would you like to be placed on the waiting list?” Given it didn’t cost anything, I replied, “Sure, let me know when they come in.” Then I pretty much forgot about the knife. Maybe a year later, Japan Woodworker called again, asking if I still wanted to stay on the list. Why not? But I was starting to wonder why these rather plain-looking knives were so hard to obtain. Several months passed before the Shigefusa actually showed up on my doorstep.

Most of the standard references will inform you that double-edge bevel nakiri are the all-purpose vegetable knife of the Japanese housewife and that the chisel-edge usuba is the professional chef’s version of the same blade. Naturally, real kitchen-knife aficionados want to think of themselves as being on the same level as the pros, so they tend to reject the nakiri as unsuitable for a knowledgeable cutlery user. I can abide this as long as we are strictly preparing Japanese cuisine, but I found out the hard way that usubas require a special set of knife skills that are of little use outside that style of cooking. A nakiri, on the other hand, really is an all-purpose kitchen knife that can be adapted to a much wider range of culinary styles.

Tokifusa Iizuka
Shigefusa is the small shop of Tokifusa Iizuka and his two sons. Like many of the more famous knifemakers in Japan, Tokifusa has a background in traditional swordsmithing. Because of this, Shigefusa’s kitchen knives are made with many of the same techniques perfected over the centuries for the legendary samurai katana. One of the unusual characteristics of classic, handmade Japanese kitchen knives is how plain they look when compared to Western models. The maker’s rebuttal is normally that they are selling you a superior blade and that they threw a handle in for free. Many makers use mass-produced wood handles and collars that are simply friction-fitted to the blade tang. Americans, on the other hand, are often more concerned about how their knives look sitting on their counter than how they perform. If you are in that group, you probably won’t appreciate this Shigefusa without using it. It has a relatively thick spine for a nakiri, but the blade tapers down to an extremely keen edge of hard steel sandwiched between a softer cladding alloy. This knife cuts way out of its class… 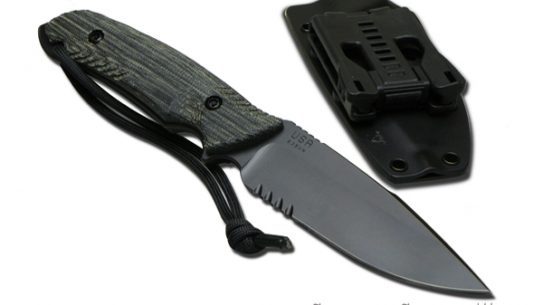