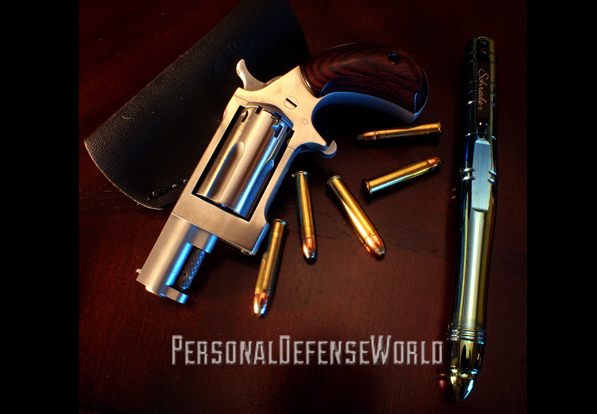 1 of 10
NAA-sidewinder-22-magnum-main
The North American Arms Sidewinder is the latest addition to its line of Mini Revolvers. Every NAA revolver features a clean finish that is void of any machine or tool marks. 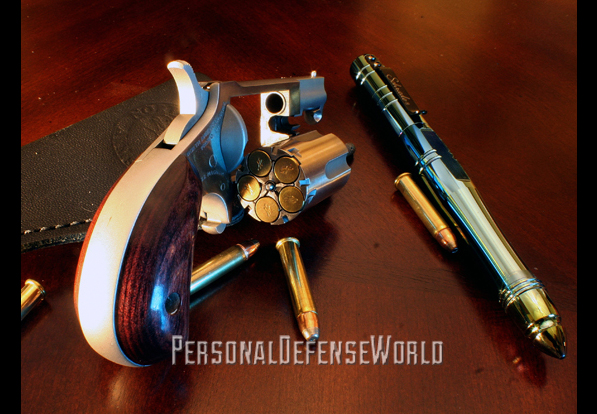 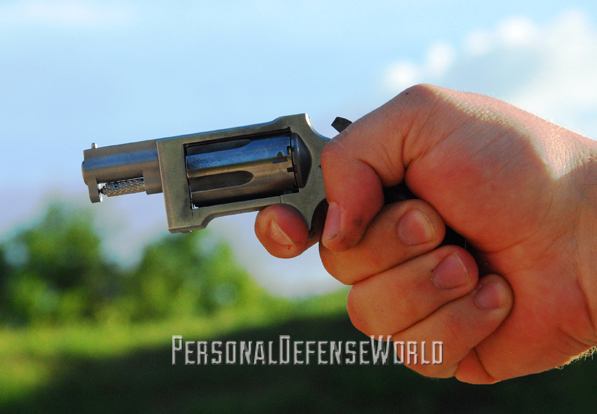 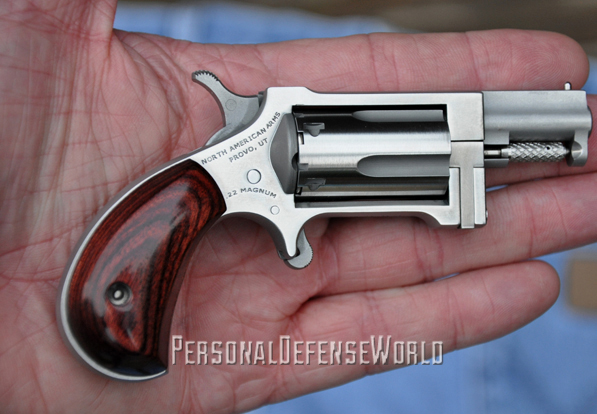 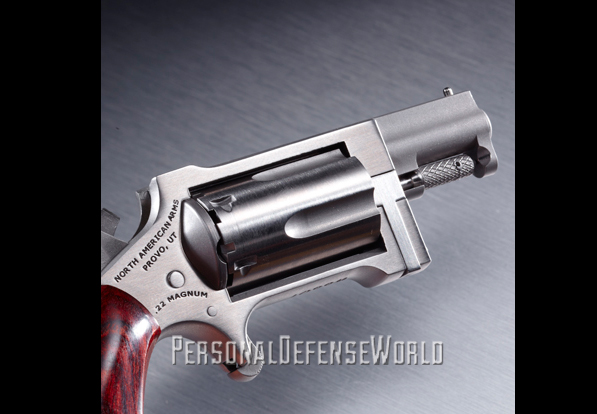 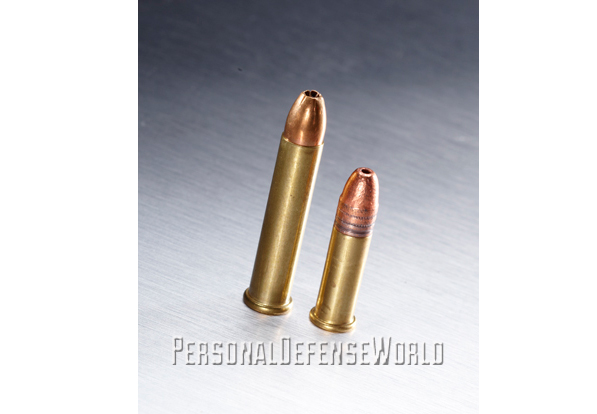 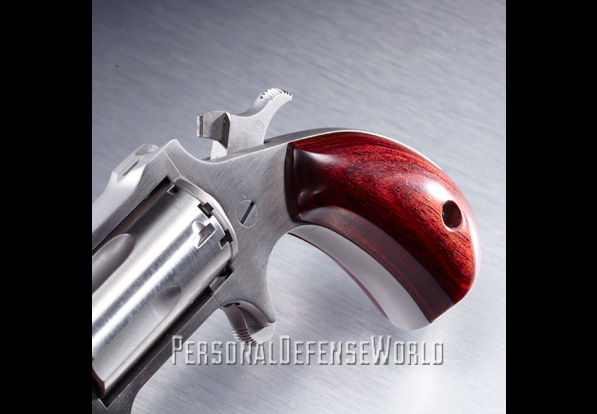 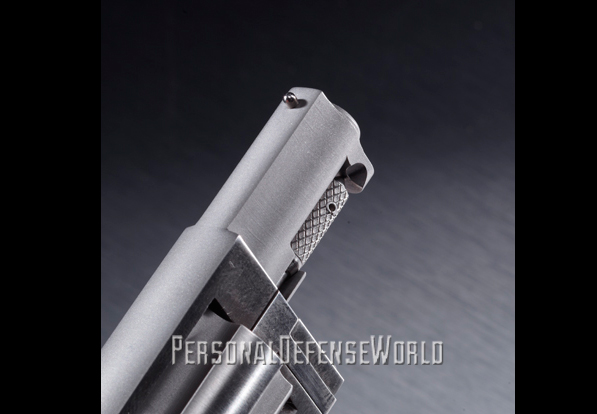 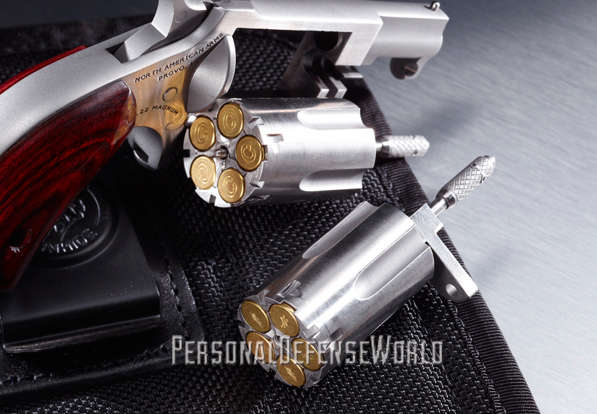 9 of 10
NAA-sidewinder-open-cylinder
The swing-out cylinder is held in place with a machined screw. By removing this screw, the user can swap between the .22 Mag and the .22 LR cylinders. 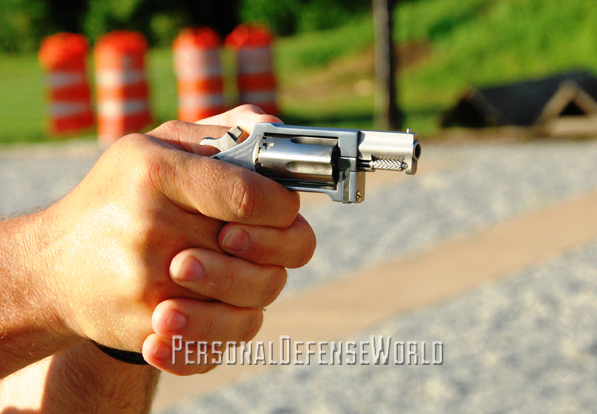 10 of 10
NAA-sidewinder-22-magnum-in-action
On the range, the Sidewinder had a high fun factor and proved accurate. 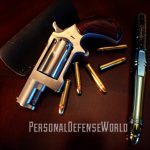 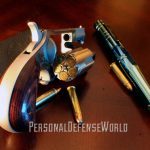 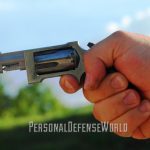 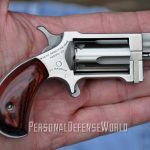 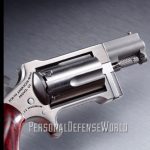 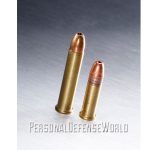 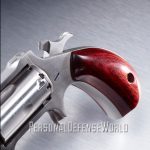 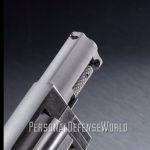 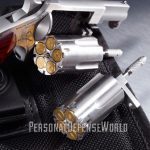 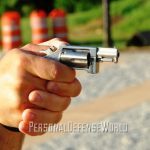 The NAA Sidewinder is the latest addition to its line of Mini Revolvers featuring a clean finish that is void of any machine or tool marks.

In 2009, I had the opportunity to visit North American Arms’ (NAA) plant in Provo, Utah. I had written about NAA pistols, but this was my first opportunity to see, firsthand, how the company’s little Mini-Revolvers were made. NAA’s general manager, Ken Friel, was kind enough to take the time and give me a tour of the plant. We then had a chance to sit down in his office for a visit. As we talked about the history of NAA and its product lines, Ken asked me if I would like to see a prototype of something he had been working on. While I had a lot of ideas, I never could have anticipated whathe was about to show me.

With a gleam in his eye, he produced what I could only describe as a miniature S&W No. 3 Schofield in .22 Mag. For a moment, I was a speechless! A year or so later, NAA introduced a limited production of the top-break model, called the Ranger. Unfortunately, the production costs of the Ranger prevented it from becoming a standard model in the NAA line.

For those few who are not familiar with NAA, the company was started in the early 1970s and established a reputation for producing the “world’s smallest” revolver. Its first Mini-Revolver was chambered in .22 Short and was only 3.6 inches long, 2.38 inches tall and weighed in at a mere 4 ounces unloaded. NAA later expanded the line, and the size of its revolvers, by adding models in .22 LR and .22 WMR. The little revolvers became a cult hit in both the civilian and law enforcement markets. While some don’t take them seriously, the little revolvers have earned a legitimate place in the self-defense market. As someone once said, “It is a gun you can carry when you can’t carry a gun.” Ken Friel tells the story of a narcotics agent who did a “buy” on a Florida beach wearing only a Speedo. Given the abbreviated wardrobe, the agent hid an NAA Mini-Revolver in a drinking cup! That is creative police work.

The minute size of the revolver and its reliability is a testament to the engineering, design and quality of NAA’s manufacturing process. The one common complaint with the original Mini-Revolvers was the process of loading, unloading and reloading. The only way to access the cylinder is to remove the cylinder pin and then remove the cylinder from the pistol. This must be accomplished anytime there is a need to load, unload or reload. The process is not difficult, but it is tedious and time consuming. NAA set out to solve that problem and, in the process, created a really slick little pistol.

Gun Details
The newest pistol in NAA’s lineup is the Sidewinder, which features a swing-out cylinder, allowing for “speedy” reloads without removing the cylinder. As with all of the mini-revolvers, the frame starts out as an investment casting, with the barrel and cylinder machined from solid stainless steel bar stock. This allows for precise machining to meet the tolerance levels needed for a firearm of that size. The fit and finish is excellent, and my test Sidewinder was void of any machine marks, buffing wheel marks or burrs. The cylinder and sides of the frame are polished, while the topstrap, sides of the barrel, bottom of the frame and backstrap have a matte finish that provides an attractive contrast. The Sidewinder is 5 inches in length, 2.88 inches in height, and weighs a mere 6.7 ounces empty.

The caliber, company name and location are cleanly engraved on the right side of the frame. The serial number
has a “SW” prefix (Sidewinder), and is located on the bottom of the frame, just forward of the trigger. All of the markings on the Sidewinder are extremely crisp and sharp, reflecting NAA’s attention to quality and details.

For targeting, the Sidewinder has a small, U-shaped channel that serves as a rear sight and a small, round bead front sight. As with all NAA revolvers, the Sidewinder is a five-shot, single-action-only design with an exposed hammer and an unguarded trigger. The bird’s-head profile of the grip has the same dimensions as the other Mini-Revolvers and will accommodate any of the optional stocks. My sample came with both a .22 Mag cylinder and a .22 LR cylinder conversion (available from NAA for an extra $70). Given the price and availability of .22 Mag ammunition in my area, I made extensive use of the .22 LR cylinder.

Rounds Downrange
Ken Friel is quick to point out that the little Mini-Revolvers are made to shoot. He asked me to give the Side-winder a workout and let him know what I thought. I put over 200 rounds through the little gun with absolutely no problems. The two cylinders allowed me to test the Sidewinder with .22 Mag and .22 LR ammunition. The first thing I noticed was the positive indexing and lockup of the cylinder. There was no shaving of rounds or splatter from the cylinder gap. In fact, I noticed a distinct lack of powder residue on both the frame and the sides of the cylinder. The trigger pull was very good, given the geometry of the pistol, and measured just over 7 pounds.

The sights are miniscule, to say the least. However, with a little work, I was able to consistently shoot 1.25-inch groups from the 3-yard line. At that distance, the point of aim matched the point of impact. Like other NAA firearms, the Sidewinder is amazingly accu-rate, and I feel confident that the little revolver could have placed all five shots in one ragged hole if I
had done my job. Moving back to 5 yards, I shot several quick-indexed shots to simulate a more realistic encounter. I had no problem keeping all shots in the center mass of the target.

Personal-defense ammunition in this category normally uses 40-grain bullets that are either FMJ or jacketed-hollow-point (JHP) loads. Using a Competition Electronics ProChrono that I obtained from the good folks at Brownells, I chronographed four .22 Mag loads and three .22 LR loads. CCI’s Standard and Subsonic loads were very pleasant to shoot and averaged 773 fps and 780 fps, respectively. The hotter CCI Mini Mag load averaged 883 fps, but was not unpleasant.

I was impressed with both the Horn-ady Critical Defense and Speer Gold Dot loads. The Hornady load features a 45-grain FTX bullet that averaged 964 fps. The Gold Dot has a 40-grain GDHP bullet that averaged 980 fps. From 5 feet, I shot both rounds into three 1-gallon water jugs. The Hornady load completely penetrated the first jug and was captured by the rear wall of the second jug. The Speer load stopped in the third jug. Both rounds remained expanded yet intact. The recovered Hornady slug weighed 43.2 grains while the Speer load weighed 40 grains. The Gold Dot load looks like a miniature version of larger-caliber GDHP bullets.

I was surprised when Friel mentioned that some owners use the CCI Shotshell load. This load consists of 52 grains of #12 shot that is contained in a polymer shot capsule. When fired at 3 yards, the Sidewinder printed a group that was approximately 9 inches by 9 inches, with a tight pattern in the 3-inch Shoot-N-C dot. Ken related that he has heard from several customers who have ended a violent encounter by dispensing a load of CCI shot to the face of the bad guy. While this may not produce a fatal wound, the initial trauma may be sufficient to persuade the bad guy to seek opportunities elsewhere! It might not be ideal, but it is an option. It also makes an excellent load for snakes and very small varmints and is ideal for those who spend a lot of time outdoors.

Final Notes
NAA offers a variety of accessories for its line of Mini-Revolvers. These include a variety of stocks and holsters. My test Sidewinder came with a belt holster that was constructed from quality leather and stamped with a basket-weave design. For those who love James Bond, NAA offers the Laserlyte Mini-Laser, which mounts to the topstrap of the pistol.

Another interesting accessory is the QuickStrip from Tuff Products. Similar to the old Bianchi Speed Strips, Tuff Products’ QuickStrips are available for 14 calibers, the smallest being .22 LR and the largest being for 10-gauge shotgun shells. I have used both .22 LR and .22 Mag QuickStrips. The strips offer a con-venient way to carry 10 extra rounds.

The North American Arms Sidewinder is the culmination of many years of design and production, and in my opinion, is second only to the out-of-production Ranger. It is certainly going to find its way into my inventory. For more information, visit naaminis.com or call 801-374-9990. 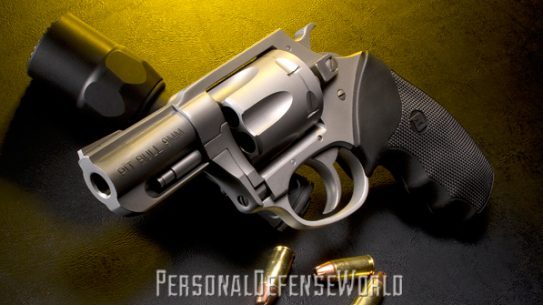 Charter Arms Pitbull 9mm snub-nosed revolver won’t back down from a fight. Chambered for...