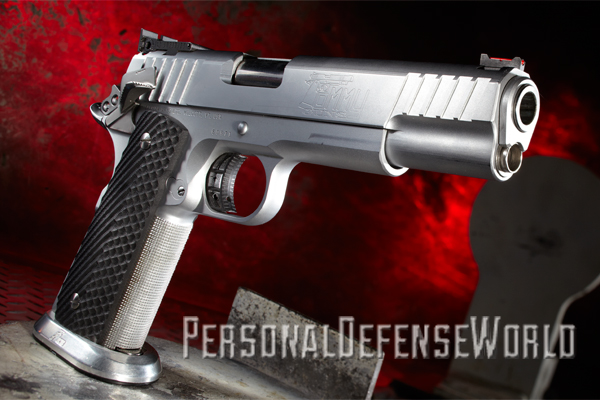 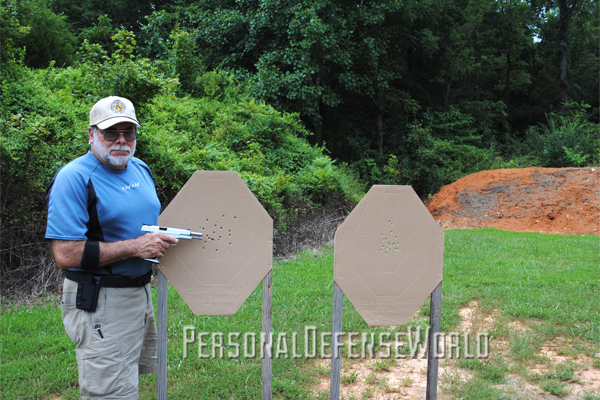 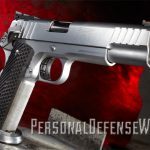 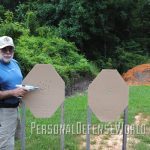 Combat Handguns author Paul Scarlata is a lucky man. He was recently in a shooting competition with Jeff Abernathy of Abernathy Precision Gun Works (APGW), who built the .40-caliber 1911 that Todd Jarrett in Single Stack competition. After running and gunning, Abernathy allowed Scarlata to shoot and evaluate Jarrett’s custom gun. And lucky for Combat Handguns readers, his full report is in the upcoming February 2014 issue of the magazine.

Upon first picking up the race gun, Scarlata writes, “As is typical with Abernathy’s work, there were no frills, just pure practicality, and this very plainness underscores its role in life as a serious competition handgun.” The slide contains a 5-inch Schuemann Accuracy Enhancing Technology (AET) barrel that is positioned by an Evolution Gun Works (EGW) barrel bushing, both of which Abernathy hand-fitted. A Wolff recoil spring surrounds the EGW full-length recoil spring guide rod beneath the barrel, ensuring consistent functioning and lock-up. A Dawson extended firing pin ensures reliable cartridge ignition, and an Advanced Firearms Technology (AFTEC) extractor guarantees reliable extraction of spent cases.
So how did the match king fare at the range while sending more than 700 rounds downrange?

To find out more, check out the February 2014 issue of Combat Handguns, available on newsstands and digitally October 29, 2013. To subscribe, go to https://www.personaldefenseworld.com/subscribe. 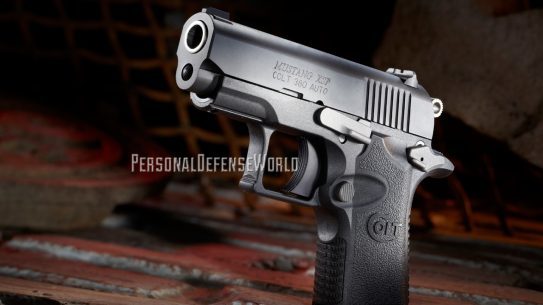