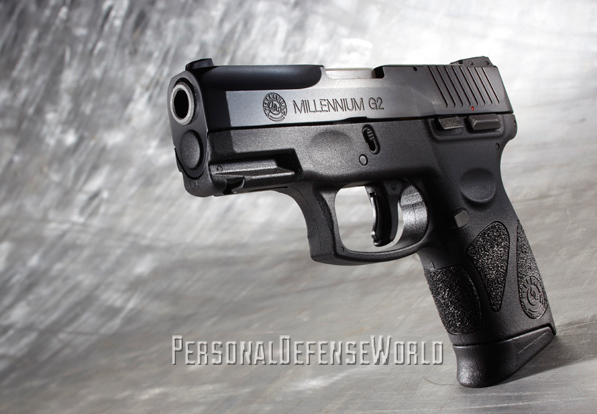 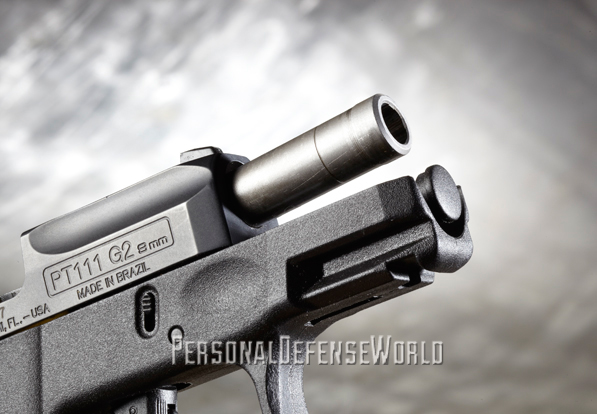 2 of 11
Taurus-Mil-G2-9mm-barrel
The Millennium G2 sports a 3.2-inch barrel and a one-slot rail that will mount a variety of lights and lasers. 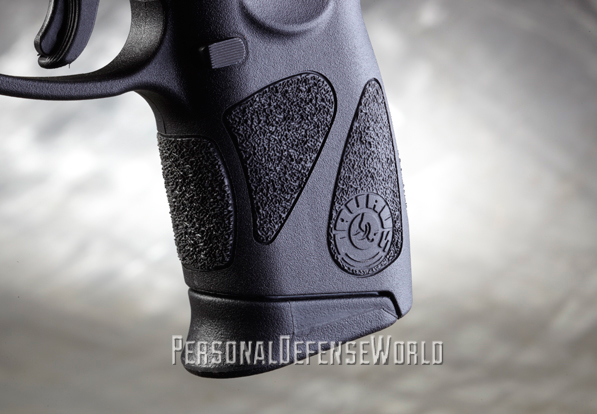 3 of 11
Taurus-Mil-G2-9mm-grip
The pistol’s grip texturing provides a very secure hold for greater control, regardless of whether the shooter’s hands are wet or dry. 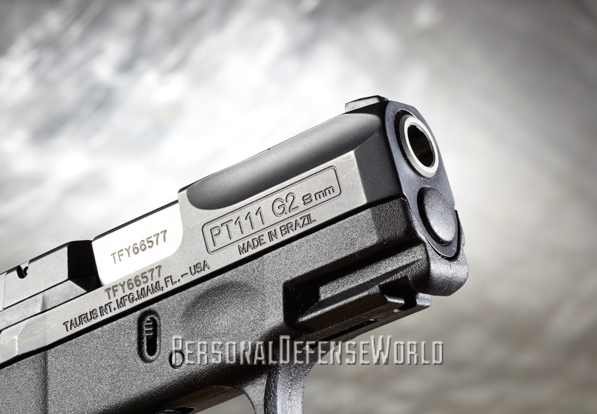 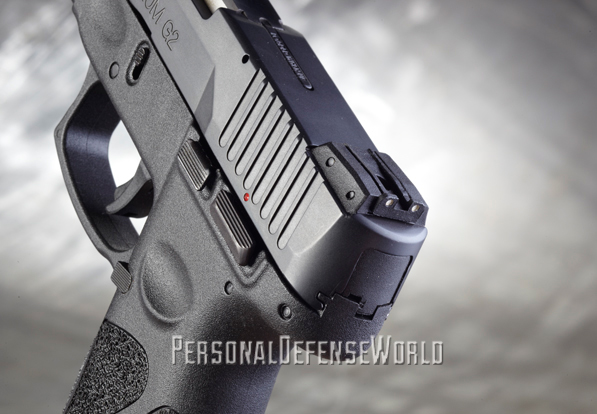 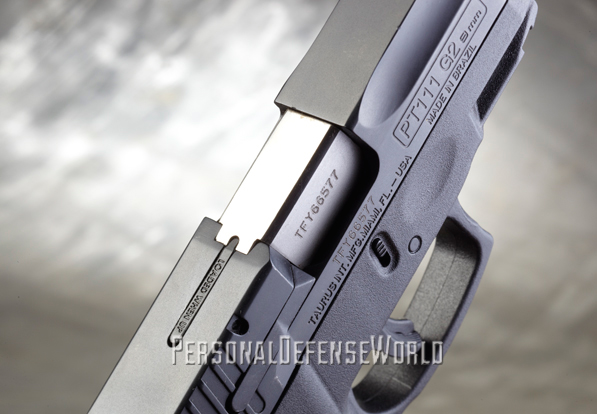 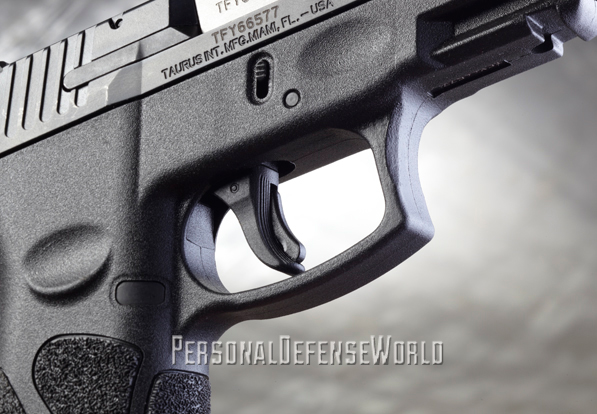 7 of 11
Taurus-Mil-G2-9mm-trigger
A safety lever is built into the G2’s trigger to help prevent accidental discharges. 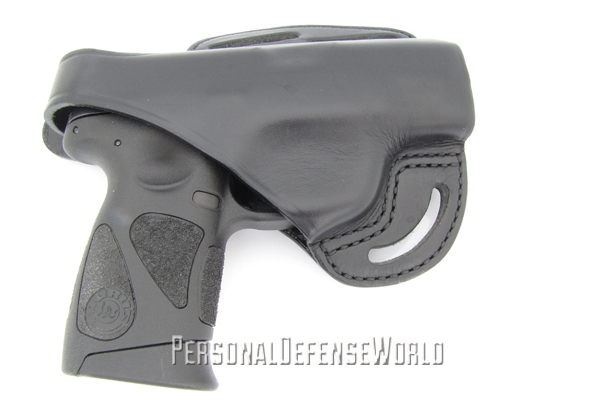 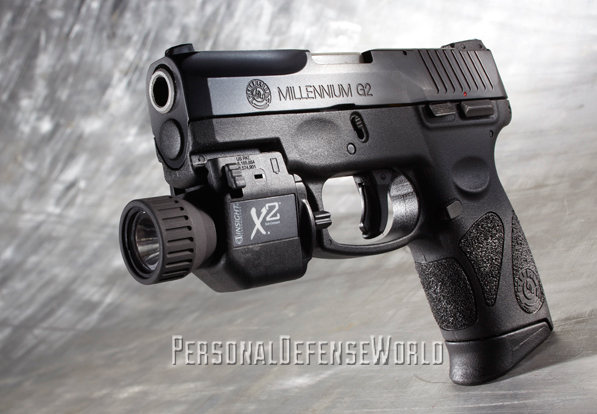 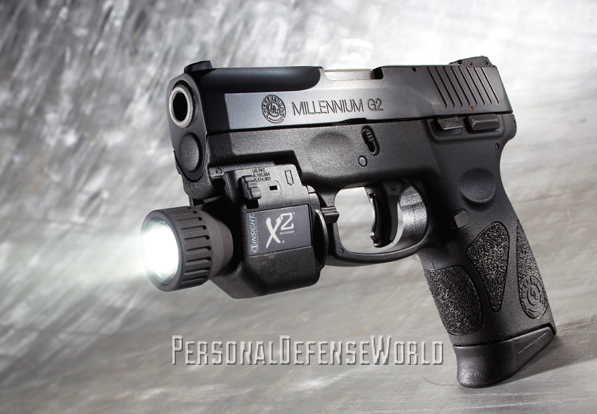 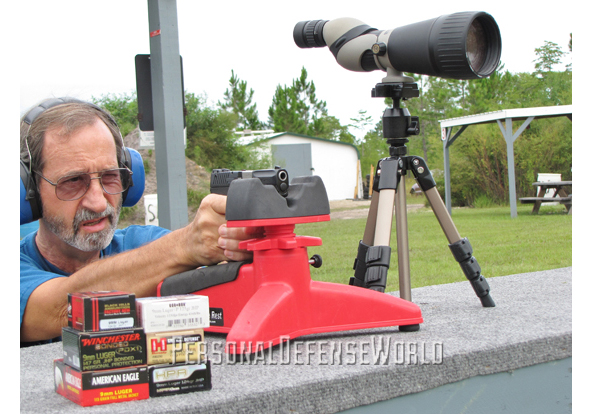 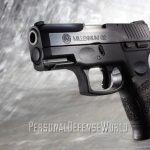 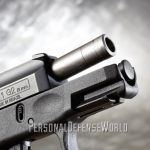 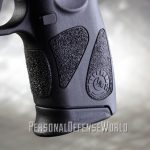 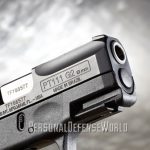 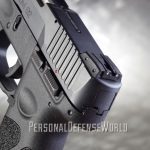 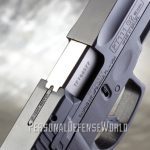 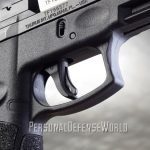 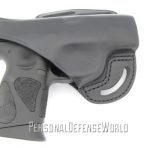 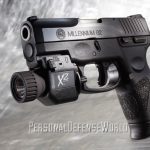 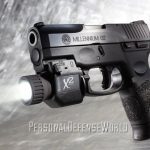 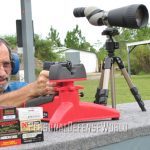 The 9mm Taurus Millennium G2 received considerable attention when it was introduced last spring. As well it should, because Taurus incorporated a number of new features that enhance its tactical utility compared to the PT-111 Millennium Pro. While the Pro is a good defensive pistol at a reasonable price, the G2 is a thoroughly up-to-date personal defense handgun that delivers even better value.

Upgrades are found throughout the Millennium G2. For example, the slide sports new fully adjustable, three-dot sights. The rear sight notch is wide enough to allow a decent amount of light on either side of the front sight blade. This helps the shooter bring the G2 quickly on target. Fast sight acquisition is aided by the fact that the dots naturally fall in line when the pistol is pointed. Some semi-autos point high, but the G2 is dead-on when it’s raised to eye level. One other new feature on the slide is a loaded-chamber indicator that protrudes about 0.13 inches from the top of the slide when a round is in battery. It’s a useful feature for operating in low light, because checking the chamber does not require the shooter to look at the slide to determine if the pistol is loaded. One simply keeps his or her eyes on the target and runs the support-hand thumb over the slide, just aft of the ejection port.

Changes to the frame include an accessory rail for mounting a tactical light, laser or a combination unit. In recent years, the miniaturization of tactical lights and lasers has made it possible to operate in very low light while keeping both hands on the pistol. Handheld lights still have an important use for conducting searches and providing additional light for performing routine tasks. However, the use of powerful LED bulbs in small gun-mounted lights allows you to point a gun in a safe direction and still “bounce” sufficient illumination in a room to move through it safely. A rail-mounted light also often eliminates the need for night sights, as the rail light casts enough light on the target to clearly aim using iron sights.

The frame also has new textured panels on the front, sides and rear of the grip. These provide a very positive hold regardless of whether the shooter’s hands are wet or dry. Dished-out areas for both the weak- and strong-hand thumbs seem to be a bit more pronounced on the G2 than on the PT-111 Millennium Pro. These depressions allow the shooter to clamp down and provide maximum lateral pressure on the pistol. Both the texturing and the dished-out areas for the thumbs contribute significantly to getting a rock-solid grip on the G2, and this improves recoil control and facilitates accurate shot placement during fast double- and triple-taps. All things considered, the Millennium G2 has one of the most comfortable and user-friendly grips on today’s handgun market.

The final changes are in the fire control system. A safety lever has been added to the trigger face. Trigger safety levers have become very popular in recent years. They help prevent accidental discharges if a foreign object snags the trigger, and they also contribute to accurate shot placement by requiring the shooter to properly engage the trigger. In addition, the manual safety lever and slide catch have been enlarged to make them easier to operate. Shooters who carry the G2 with the safety engaged will appreciate the larger manual safety.

Field-stripping the G2 is a little different than it is with other popular polymer-framed semi-autos. With the G2, there is no need to pull the trigger or decock the sear before removing the slide from the frame. One simply pulls back about 0.13 inches on the slide and then lowers the slide-lock lever tabs on each side of the frame. It takes a bit of practice to get your hands in the proper position for removing the slide, but once you learn the procedure, field-stripping becomes a relatively easy task.

The final element of the bench examination involved measuring the trigger pull with an RCBS Military Trigger Scale. The Taurus manual describes the G2 as a pistol with a double-action/single-action (DA/SA) trigger pull. However, this isn’t the typical DA/SA pull with which most are familiar. The action is best described as being striker-fired with a second-strike capability. Traditional DA/SA trigger pulls have a long, heavy DA pull for the first shot and a short, light pull for the second. With my test G2, the first pull is long and quite light at 5 pounds. The second is long and a bit heavier at 6 pounds. The trigger releases the striker just before the end of the trigger stroke, and trigger reset occurs just before the trigger reaches its forward-most position.

Performance Test
I bench-tested the G2 for accuracy and velocity at the Volusia County Gun & Hunt Club. I used an MTM Front Rifle Rest to steady the pistol, a Leupold Kenai spotting scope to check the point of impact, and a Pact 1XP chronograph to record velocities. Two Taurus Security System keys/sight adjustment tools are provided with the pistol. One of these tools was used to adjust the rear sight for a 15-yard zero. To determine accuracy and velocity, I chose six test loads from Black Hills, CorBon, Federal, Hornady, HPR and Winchester. In add-ition, I used Black Hills 115-grain JRN ammunition to run some tactical drills.

The G2’s accuracy was acceptable, with most loads averaging under 4 inches at 15 yards. The most accurate load was Federal’s American Eagle 115- grain JRN, which had one five-shot group that measured only 1.5 inches. Hornady’s 115-grain Critical Defense with the poly-mer-tipped FTX bullet was also quite accurate.

To check practical accuracy, I fired the pistol in the slow-fire stage of the Army L Course at the Flagler Gun Club. I used an isosceles stance and placed the target at 15 yards. My score was 97-4X, which is more than acceptable for a gun designed for close-range engagements.

The chronograph indicated that velo-city readings were very good for a short-barreled 9mm. The Hornady Critical De-fense load actually generated 4 fps more velocity than called for in the factory specif-ications. Several other loads were within about 50 fps of factory ballistic data. The fastest load was CorBon’s 125-grain JHP +P, which produced a 1,199-fps velocity and 399 foot-pounds of muzzle energy.

Reliability at the bench was very good, although there were a few misfeeds. This can happen during bench-testing if the pistol is not gripped very firmly. To be sure the pistol was reliable, I loaded it to capacity with the hottest load, CorBon’s 125-grain JHP +P, and fired rapidly. All 13 rounds functioned without a hitch. It also functioned flawlessly when loaded to capacity with six different loads, including the 125-grain CorBon, and then fired rapidly at a target 15 yards away. All 13 rounds from this second test grouped within 8 inches in the center of the target. Given the differences in bullet weight and velocity, and the fact that I used an unsupported stance to fire the gun, that’s decent accuracy from a pistol that is not designed for precision shooting.

The last live-fire test involved running a set of tactical drills from 3, 7 and 15 yards. These distances were chosen based on an ongoing study of critical incidents involving people who’ve trained with Tom Givens of Rangemaster, Inc. in Memphis, Tennessee. Tom has found that 55 of the 62 violent assaults in his database occurred at distances of less than 7 yards. Only three occurred beyond 15 yards. Given this, the farthest distance for the tactical test was set at 15 yards. Since a significant proportion of the shootings in the Rangemaster data set involved one or two assailants, all drills employed two targets.

Shots were fired after drawing and moving two steps laterally to either side. I used an unsupported, two-hand firing stance. For a holster, I used a size-19 BlackHawk CQC. This holster is de-signed for the S&W M&P Compact in 9mm and .40, but it fits the Taurus G2 perfectly. Each time I ran the drill, I fired two or three shots at each target. At 3 yards, one shot at each target was a headshot. At 7 and 10 yards, all shots were aimed at center-mass. In the end, all shots were on target, and there were no hits in non-vital areas.

Final Notes
The Taurus Millennium G2 is a reasonably accurate 9mm personal-defense pistol that is reliable with a variety of modern hollow-point loads. It has an MSRP of only $349, yet it holds 13 rounds and has features that are usually only found on pistols costing hundreds of dollars more. The G2 clearly showed itself to be a well-thought-out upgrade of the Millennium Pro. For more information, visit taurususa.com or call 800-327-3776. 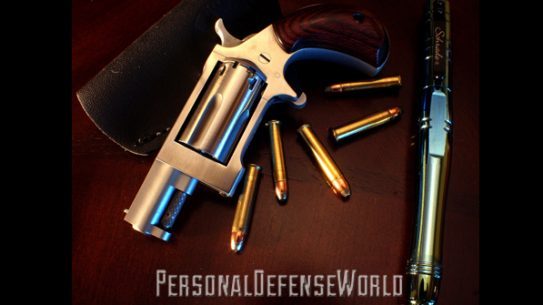 The North American Arms Sidewinder is the latest addition to its line of Mini...