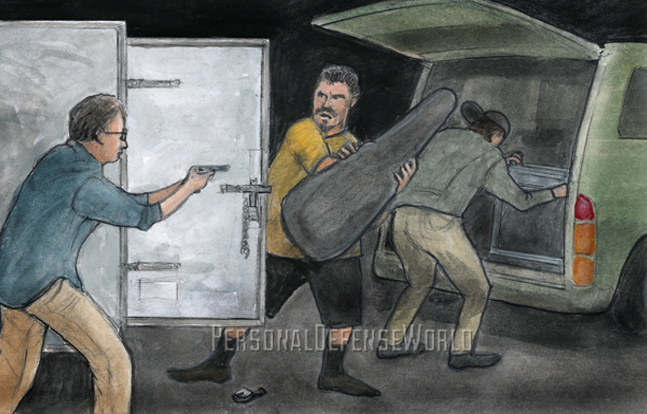 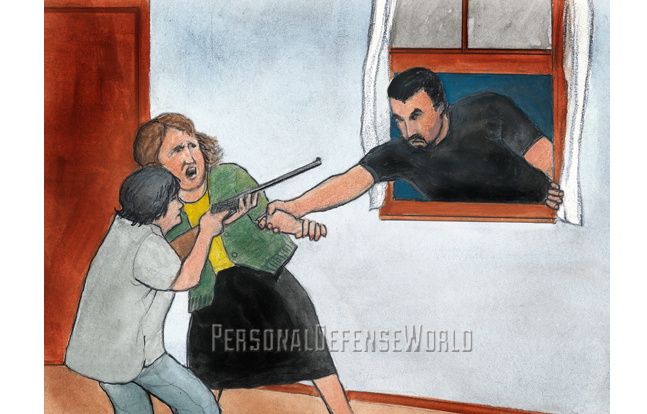 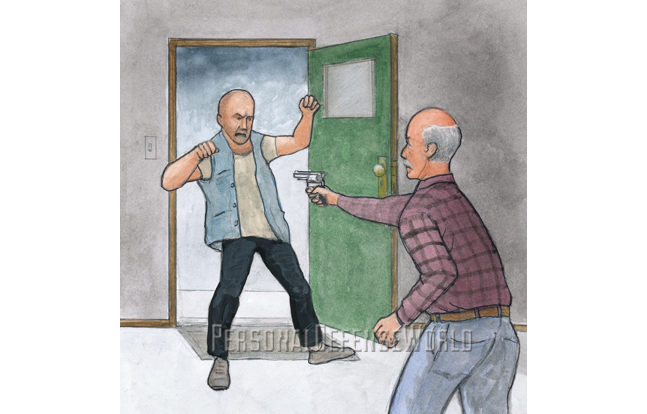 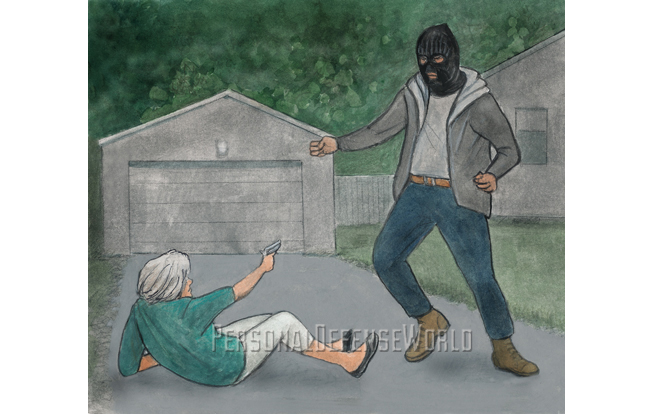 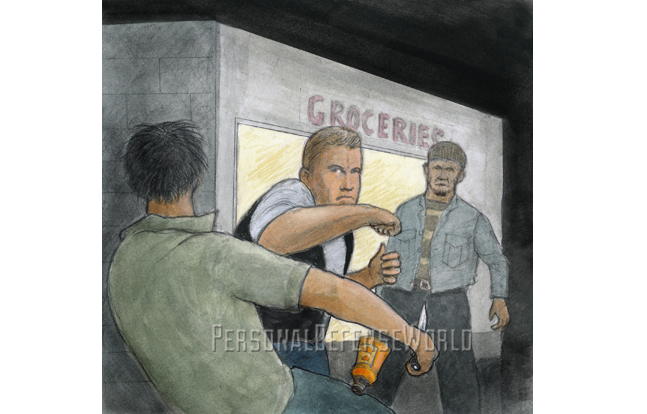 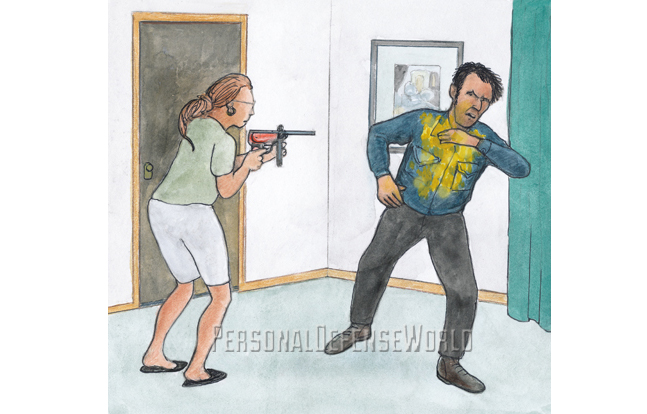 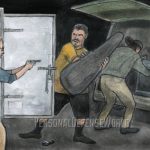 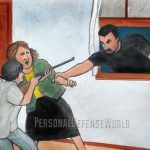 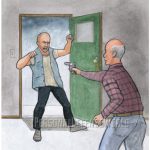 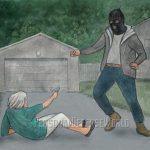 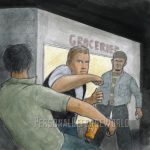 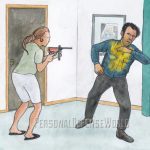 Studies have consistently shown that firearms in the hands of law-abiding citizens are not only an immediate lifesaving tool for individual victims, but also deployed overall more than two million times a year for personal defense, thus serving as a strong deterrent to crime. In a good proportion of these instances, the mere presence of a means of lethal self-defense has deterred an attacker without a shot being fired. The following stories were compiled from press and police reports. Names and addresses of the victims have been redacted for purposes of privacy.

Two-Barrel Save
A 68-year-old, Athens County, Ohio, resident stepped outside her home one evening to see why her dogs were barking. She was immediately attacked in her driveway by a tall man wearing a ski mask. He struck her on the head, then kicked her in the stomach when she was down. According to Athens County Sheriff Patrick Kelly, the elderly victim then pulled a .22 derringer out of her pocket and fired two shots at her attacker, causing him to flee.

Student Thwarts Carjackers
A Rockdale County, Georgia, graduate student drove to the a nearby grocery store for some orange juice one evening and was confronted in the parking lot by a man wanting gas money. His accomplice, approaching from behind, put a knife to the victim’s neck in an apparent carjacking attempt. The victim threw down his keys, elbowed the knife-wielder behind him and spun free as he drew his .357 revolver, which he legally carried concealed. The student shot the man with the knife, while the other assailant escaped on foot. Then an off-duty deputy, reporting for work at his night-security job, came on the scene to sort things out and called dispatch. Arriving paramedics called the coroner to tend to the attacker, who still had the knife in his hand but showed no signs of life. The victim sustained non-life-threatening cuts to his hand and chin. The knife-wielding perp, had been in the Rockdale County jail some eight times. No charges were filed against the victim.

Too Old For That
A retired bricklayer of West Jackson, Mississippi, was awakened one morning by his wife’s screams. She was struggling with a home invader who was yelling, “Where’s the money!” The retiree grabbed his .32 handgun and went to the front of his house. He shot the intruder with the .32, but the intruder didn’t fold. The two men got into a struggle and the homeowner lost his gun. The homeowner then tripped an alarm, frightening the intruder into flight despite his being shot. “I wish I could have killed him,” the retiree later said, “and I wish one of them bullets would have hit him right in the head. Cause I’m tired of the folks messing around with me like that. We are too old for that. I am 82 years old. He ain’t got no business doing it. He needs to be shot and hung up.”

Police found the invader at a medical center, where he was in intensive care, and charged him with armed robbery and assault. The homeowner wanted the press to pass along the message that, next time, he would be armed with a more powerful weapon, at least a .38. Can’t argue with that, although something that starts with “4” would be a good choice too.

Sent Packing
When three male suspects broke into a home in Colorado Springs, Colorado, they evidently did not anticipate the armed homeowner inside. At home during the 10:00 p.m. break-in, the homeowner struggled with the three men, managed to get his handgun and shot two of the three invaders. “There was one by the door. I put a bullet in his chest. I was going to shoot the other one in the chest, but the one who was closest to me hit my arm, and the gun went off and hit him in his leg,” the victim said. The suspects ran from the home, but the two who had been shot stopped about a block away due to their injuries. They were apprehended and taken to the hospital, where one was listed as critical and the other in stable condition. The third intruder was not immediately apprehended. The homeowner sustained no injuries.

Meth-Head Mayhem
It only took a Jackson County, Oregon, grand jury ten minutes to clear a USAF retiree of White City who shot a crazed man forcing his way into the grandfather’s home. At home with his daughter and grandson, the grandfather picked up his .357 revolver in response to a loud confrontation on his porch between his daughter and the suspect, who had been going door to door in the neighborhood demanding assistance from people and saying a gang was after him. After a neighbor had given the man a drink of water and called 9-1-1 to report the encounter, the man confronted the subject’s daughter and her son. She told her son to call 9-1-1 and see about getting the deranged man medical help. Refused entry to the home, the suspect then forced his way in, at which point the homeowner shot him one time. The deceased subject, a diagnosed paranoid schizophrenic, tested positive for methamphetamines, methadone and oxycodone—the suspect’s daughter had called police earlier that day to warn them that he was “methin’.” There were no injuries to members of the victimized household. The grand jury listened to various 9-1-1 tapes and testimony from witnesses and law enforcement personnel and quickly returned a no-bill.

Burglars Face The Music
Back in 1995, thieves stole a van-load of musical instruments and electronics located in front of a Fremont, California, man’s house. He wasted no time in taking handgun lessons, and when the thieves returned, he jumped them with a gun and called 9-1-1. The captured thieves led police to the original $20,000 stash of instruments stolen the night before, and police arrested seven teens who had been present at the previous night’s robbery. Everything was recovered, save one speaker.

Fast-forward 17 years: The victim is now a 60-year-old civil and family law mediator and still an acoustic rock musician who performs at festivals and resorts. Still in his office early one morning at 3:20 a.m., he was able to interrupt two burglars stealing musical equipment from his cargo trailer. One burglar was at the rear of the trailer holding some of the man’s musical gear, while the other was stuffing things into the back of an SUV. Gun in hand, the owner ran out and confronted them. Having cut off the padlock to the trailer, they escaped with $1,200 worth of gear, police said, but had to leave some $55,000 worth behind.

12 Gauge Greeting
One night when an elderly couple in the St. John’s district of northwest Portland, Oregon, noticed an open gate and things out of place at their home, the husband decided to spend the next night downstairs with a 12 gauge shotgun. At about 4:00 a.m., he confronted a burglar at his backdoor trying to get inside and fired three rubber-bullet rounds. Hit, the suspect rode off on a bicycle, which was probably a wise decision, as the fourth round in the magazine was bird shot. Officers searching the area found the burglar behind a church and arrested him. Taylor was treated for a wound and arrested. The homeowner had bought the gun decades earlier for such a situation, and fortunately it was at hand when needed.

Harsh Exit
A 69-year-old Lincoln Park, Michigan, man was working on his computer in the basement when he heard a crash upstairs. Retrieving a handgun, he walked upstairs and shouted, “Who’s there?” One of two burglars grabbed a gun the homeowner kept by the bed and started shooting. The homeowner returned fire, and both burglars jumped out the windows. One burglar, who police said had been shot at least three times previously, dove headfirst through a closed window and was seriously cut. Both intruders tried to run, but Lincoln Park police arrived quickly and arrested them, still in possession of the homeowner’s gun. A Vietnam veteran, the homeowner said, “Don’t really want to shoot nobody, but I don’t want nobody trashing my house and threatening my life.” The three lessons here are (1) hide or secure your house guns, (2) a backup is always good, and (3) movie windows aren’t made of real glass.

Face Full Of BB
One night an apartment renter returned home drunk and abusive, kicking in his landlady’s private door and attacking her in her Bellingham, Washington, home. Her 10-year-old son responded by whacking the attacker with a board. The attacker then chased the lad around the house and then outside, thinking the boy had escaped. Still inside, the boy and his mom locked the doors. When the man tried to get in through an open window, the landlady tried to close it, but the man reached through and grabbed her by the arm. When she was unable to break his grip, the boy came into the room with a BB gun. The attacker loudly threatened to kill her and her son. In the finest Red Ryder and Home Alone tradition, the boy shot the attacker several times in the face with the BB gun, then ran with his mom to the neighbors to call 9-1-1. The attacker was taken to the hospital with non-life-threatening injuries then charged with assault and harassment.

Yellow-Bellied Burglar
Hiding in the closet, a Galveston, Texas, woman called police, claiming an intruder had broken into her home. When police arrived, they found 53-year-old male burglar covered in yellow paint and shot multiple times by a paintball gun. He did not require medical attention but was arrested and held on $40,000 bond for burglary of a habitation with intent to commit theft. Aside from the burglary, he was accused of taking coins and Ramen noodles.

Two Kinds Of Rats
A Transylvania County, North Carolina, man was in an outbuilding on his property in the Cedar Mountain community when a machete-wielding man demanding money confronted him. The homeowner pulled out a .22 handgun and shot the intruder in the midsection with rat-shot. The Transylvania County Sheriff’s Office said the intruder then got into a van and drove away immediately. He was later apprehended. 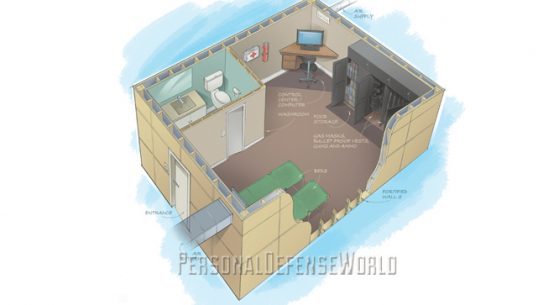 Think About A Safe Room

Think about a safe room when you're ready to take your home defense to...