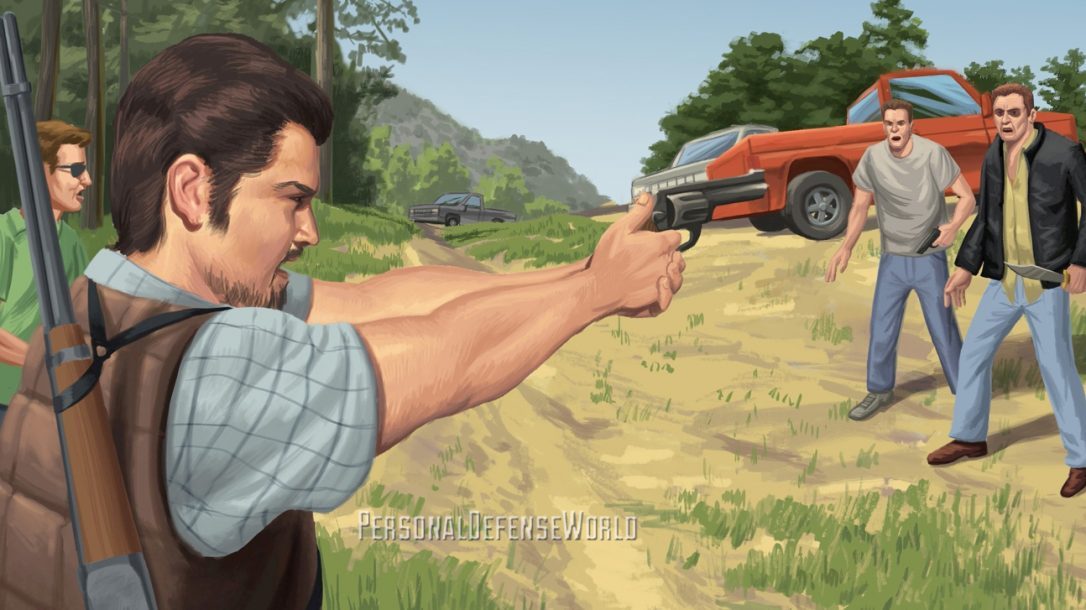 Hunting With Heat
I’ve been hunting since I was four years old. My grandfather, father, uncles and even aunts hunt. It’s in my family’s blood, and we love the thrill of the chase and the final kill. Although we always hunt with long guns, I learned a long time ago to always carry a good handgun with me. In my case, I always take with me my Smith & Wesson Model 586 in .357 Magnum. It can do the job no matter what animal I come across, and it’s always reliable. On the way out of the woods back to where we were parked, we could hear a sound ahead of us—it seemed to be coming from the area in which we had parked our cars. We were pretty far removed from civilization, and hearing people out here is unusual. As we continued walking to our cars, the sound became clearer: It was two voices talking.

When we broke into a clearing and looked ahead, we could see our two cars, a third vehicle and two guys wandering around our vehicles. As we approached our cars, my friend yelled, “Excuse me, can I help you?” One of the guys stopped trying to open the door to my car, turned and said, “No, but is this your car?” He had a large hunting knife on his belt. My friend replied, “Yes, those are our cars. What do you want?” The tension in his voice was noticeable. The guy replied, “You ain’t supposed to be here; you got the keys?” My friend replied, “What are you talking about? This is my friend’s land, and he said it was OK for us to be here.” The guy replied, “I don’t care what your friend said, you ain’t supposed to be here, and these cars ain’t either.” As he spoke, he drew the knife in his hand to punctuate the point. The other guy also became visible, and he was holding a gun.

I didn’t know if these guys were drunk, high or what, but their tone and demeanor was scary, and now the knife and gun threatened our lives. We were far away from any help, and there wasn’t anything else to do in my opinion. Nervous though I was, I realized that the rifle slung over my shoulder would be too slow to get into action if I needed it, since one of the other guys was holding a gun. So, I quickly drew my Model 586 and pointed it straight at them. I then said, “We don’t want no trouble, are here lawfully and just want to go home. Get in your car and get, and we’ll do the same.” 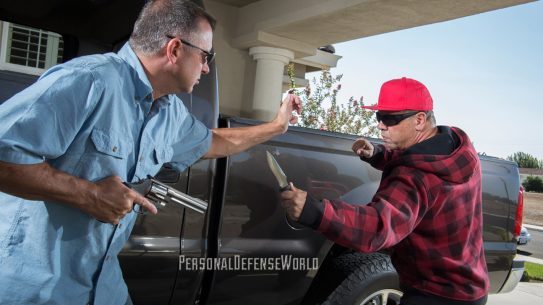 A look at the elements justifying the use of life-saving deadly force!