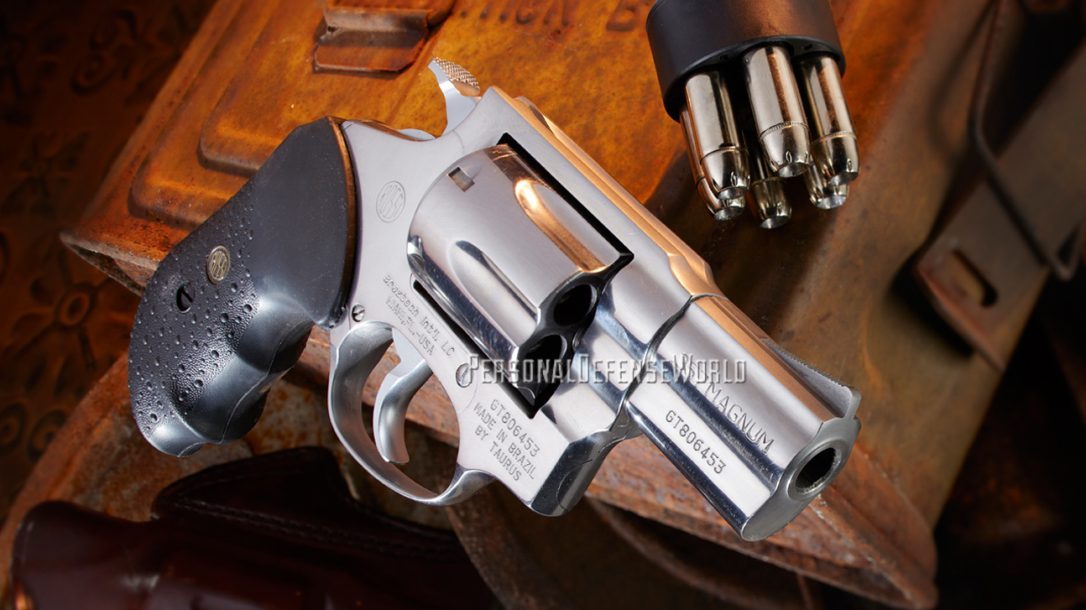 1 of 10
Rossi-R46202-cover
Sturdy and compact, the Brazilian-born Rossi R46202 pairs its snub-nosed, 2-inch barrel with a full-length underlug, giving the gun the heft to place its ferocious .357 payload accurately on target. 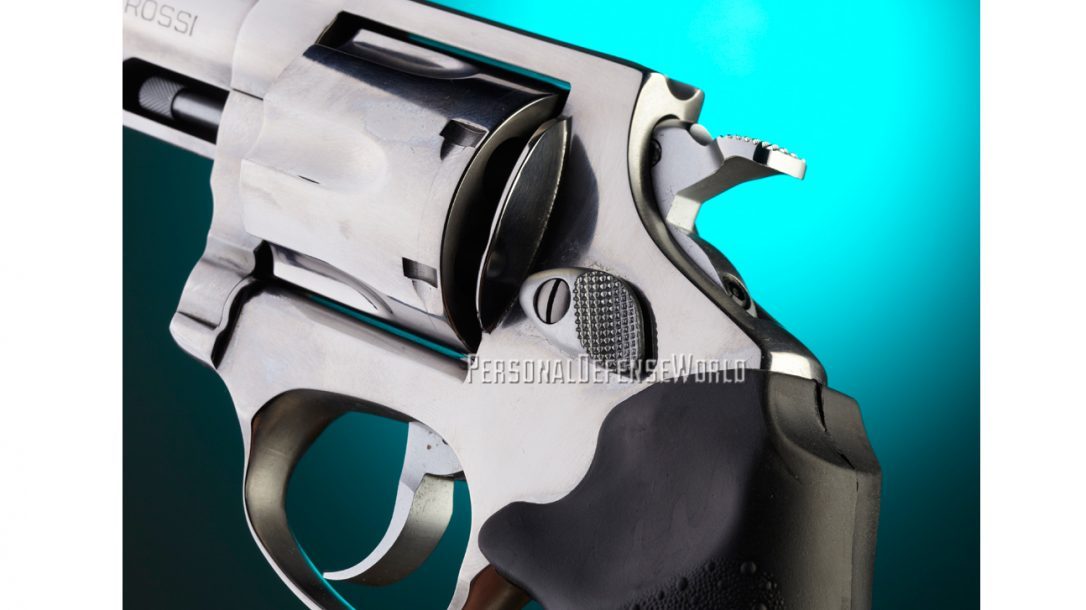 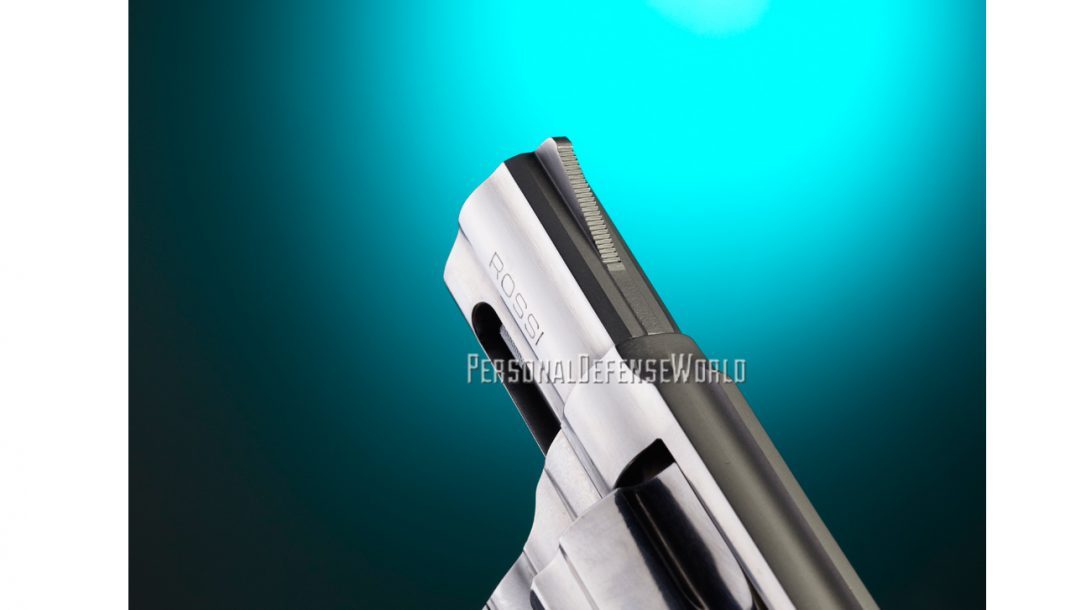 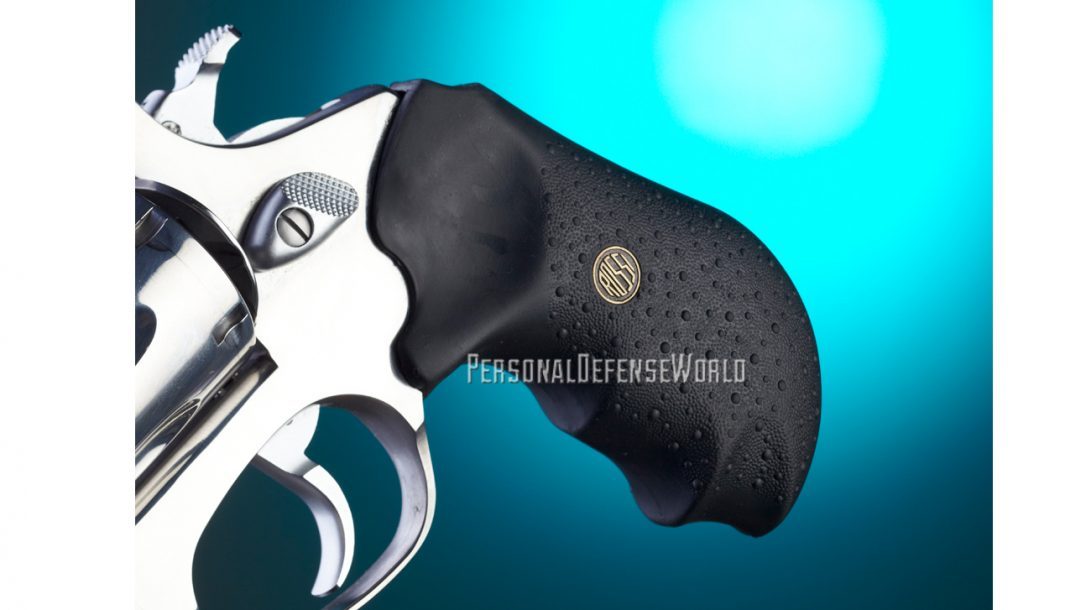 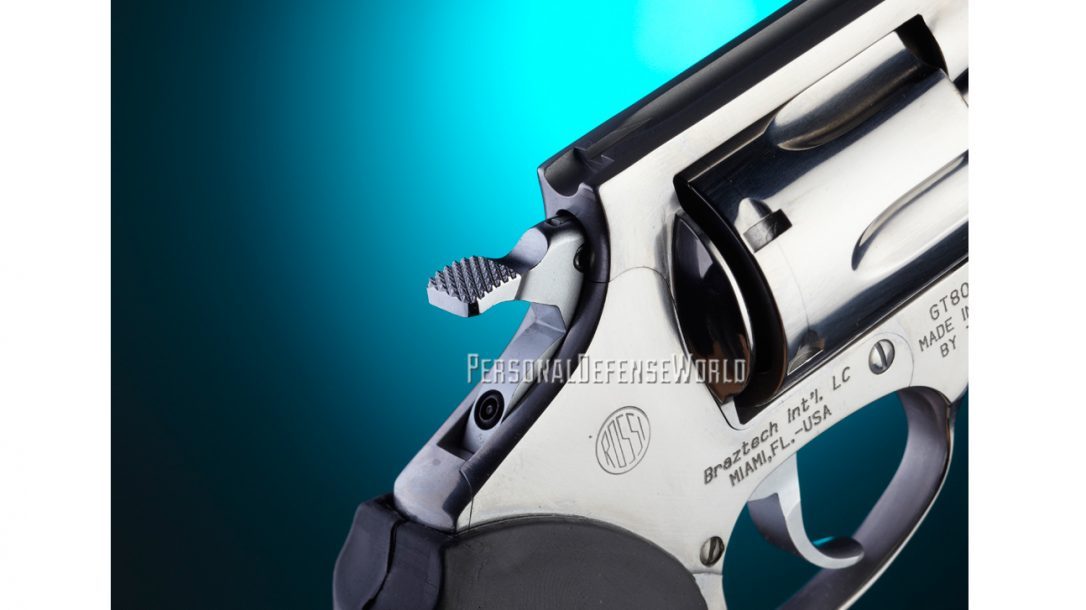 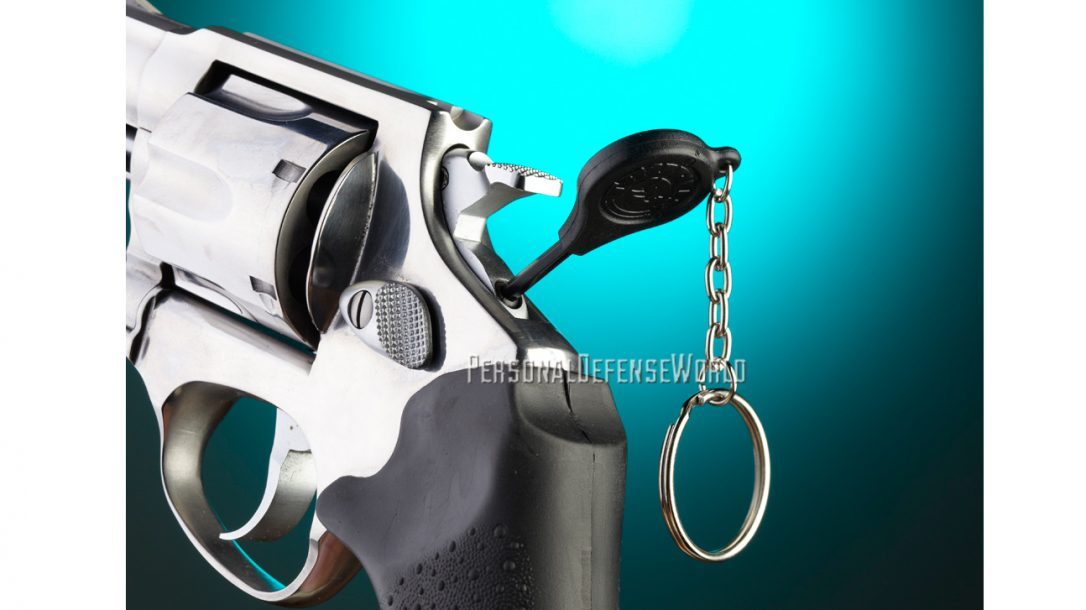 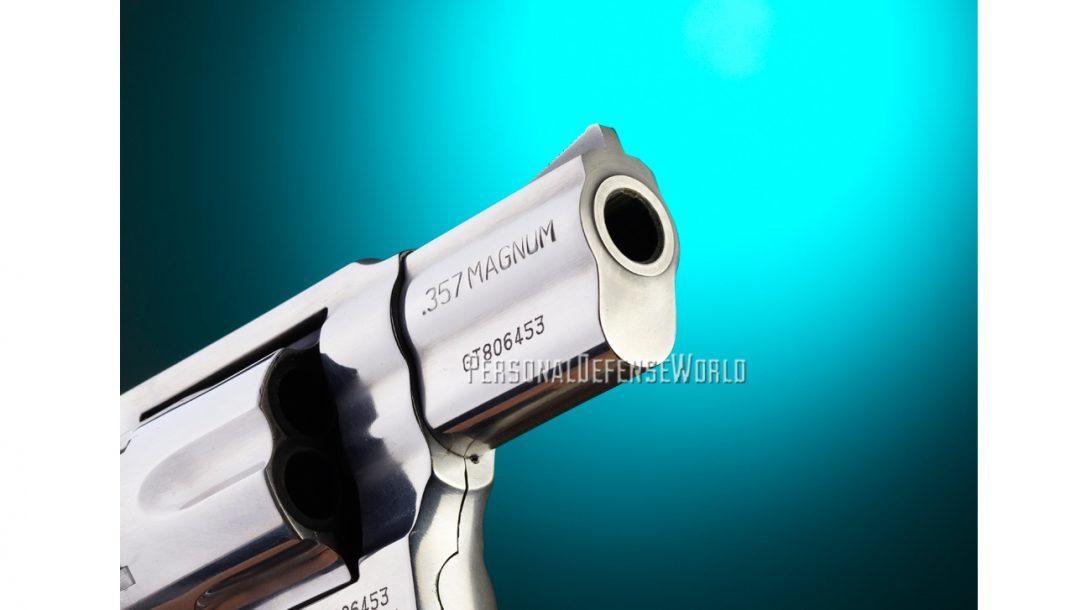 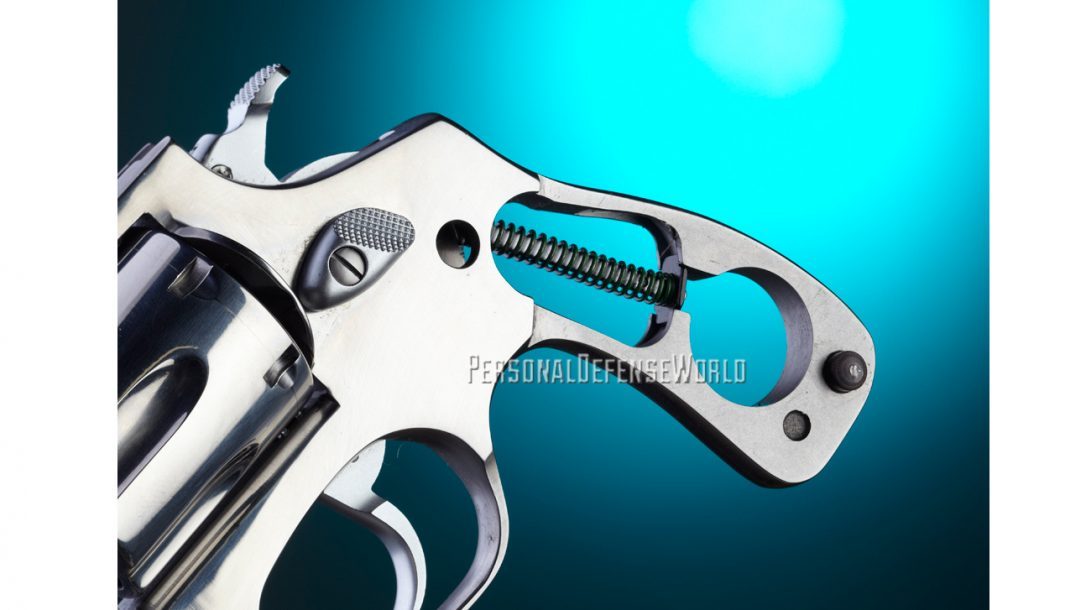 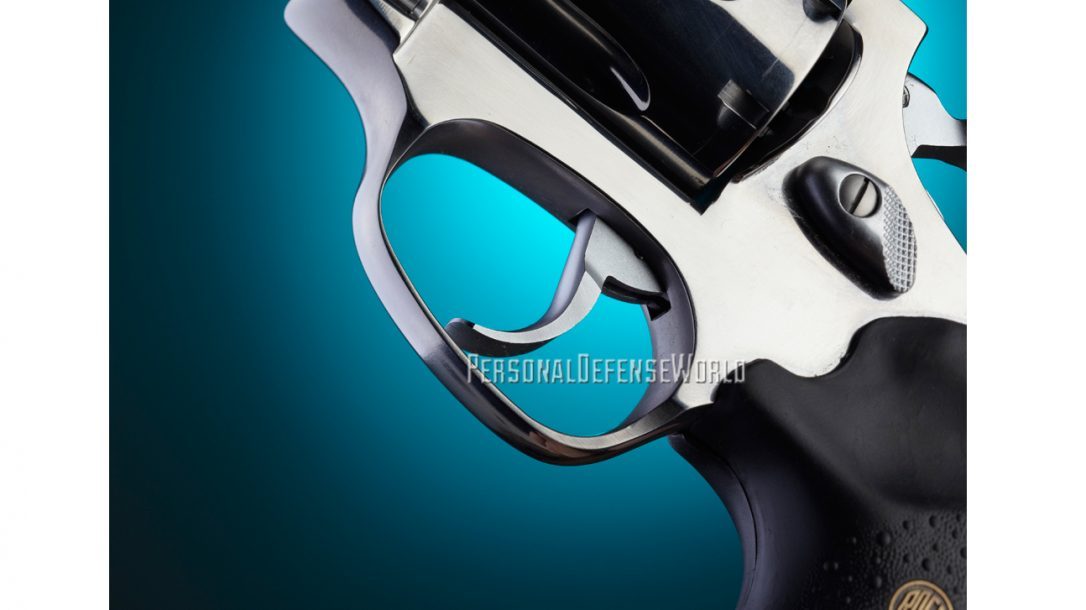 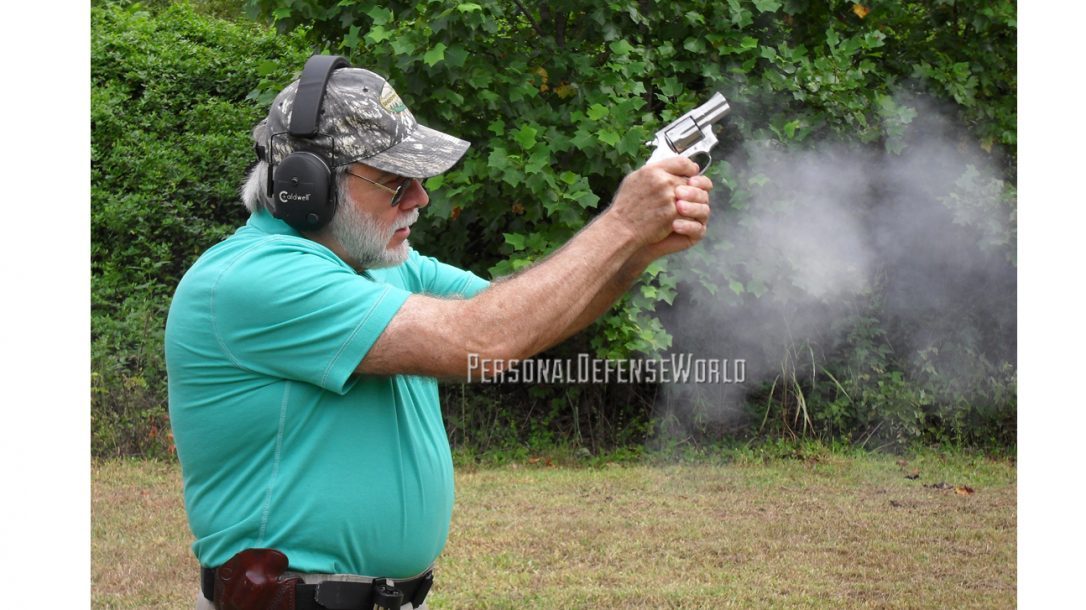 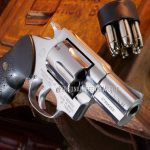 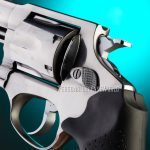 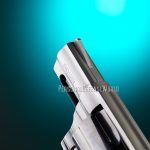 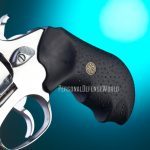 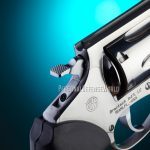 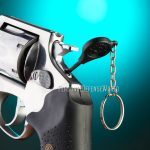 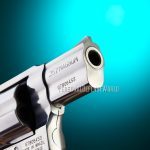 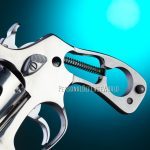 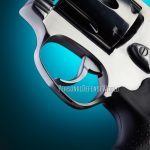 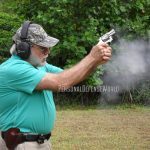 Sturdy and compact, the Brazilian-born Rossi R46202 pairs its snub-nosed, 2-inch barrel with a full-length underlug, giving the gun the heft to place its ferocious .357 payload accurately on target.

For more than a century, the firearm of choice of most police officers and civilians who carried a concealed handgun was a short-barreled, double-action (DA) revolver chambered for the .38 Special, as exemplified by the Colt Detective Special and the Smith & Wesson Military & Police (M&P). Both revolvers were built on medium-sized frames, giving them a six-round capacity, and they featured full-sized grips, which made them easier to shoot—two advantages over small-frame, five-round .38 revolvers.

But the primary reasons for the DA revolver’s popularity with police and civilians were its ease of operation and innate safety. The operating drill was the epitome of simplicity: aim revolver, pull trigger. If the revolver didn’t go bang, you didn’t have to rack the slide, clear a jammed cartridge case or change the magazine. You just had to pull the trigger again!

When you were done shooting, all that was necessary to render the revolver “safe” was to remove your finger from inside the triggerguard. There were no safety or hammer drop levers to manipulate, rotate or squeeze. It was easy to visually verify if the revolver was loaded: Open the cylinder. If you could see daylight through the chambers, it was unloaded.

A DA revolver could be carried, fully loaded, indefinitely, without one’s having to be concerned that the compression of the magazine or mainsprings would adversely affect its reliability. The oft-repeated expression “Six for sure!” had its basis in hard fact.

Even when semi-auto pistols began to replace the revolver in the holsters of American police officers in the 1990s, the six-shot snubbie’s popularity with undercover police officers as a backup and off-duty weapon continued undiminished. For the same reason, many civilians who carried a concealed weapon maintained their loyalty to the wheelgun.

This situation began to change around the turn of the century, when more and more manufacturers introduced compact and subcompact pistols chambered for serious cartridges. Around the same time, the revolver market became dominated by small-frame, five-shot, snubnose revolvers, many of which were available with alloy—and, more recently, polymer—frames, reducing their weight considerably.

While this may all be very interesting from a technological viewpoint, it should be kept in mind that none of the aforementioned in any way lessens the practicality of the all-metal, medium-frame snubbie for law enforcement or personal defense.

Rossi, founded in Brazil in 1889 by Amadeo Rossi, has long been known for its affordable, quality-built firearms. In 1997, the company became affiliated with BrazTech International LC, which distributes its products in the U.S. At the same time, Forjas Taurus SA purchased the rights and the equipment to manufacture Rossi handguns, and the company now manufactures an extensive line of revolvers under contract with Rossi, which continues to build its long guns at a plant in San Leopoldo, Brazil.

Some of Rossi’s more popular products are its medium-frame, snubnosed .38- and .357-caliber revolvers, which are available in either blue or stainless steel. I was recently able to get my hands on one of the latter, the R46202, chambered for the .357 Magnum.

Gun Details
Constructed from stainless steel, the R46202 has the classic lines of the traditional medium-frame snubbie. Its 2-inch barrel has a full-length underlug that not only protects the ejector rod from damage but adds weight up front, where it does the most good, to dampen recoil.

To open the cylinder, a thumb latch on the left side of the frame is pushed forward, which in turn forces the center pin out of its locking recess, allowing the cylinder to be swung out to the left. Pushing the ejector rod in then forces out a star-shaped extractor, which extracts all of the cartridge cases simultaneously.

While it will most likely be fired in DA mode, an external hammer permits cocking the revolver for precise single-action (SA) shooting. The Rossi R46202 also features Taurus’ Security System, which allows the shooter to lock the hammer and trigger to prevent unauthorized firing. This is accomplished by inserting a key (two are provided) into the lock located on the rear of the hammer and rotating it clockwise until you hear a click.

The R46202’s sights consist of a ramped blade up front and a square groove in the topstrap. Basic, yes, but totally suited to this revolver’s intended uses. And they will never be knocked out of alignment!

There will be little argument that the .357 Magnum is the uncontested champion of combat handgun cartridges. Its on-target performance is legendary, and since its introduction in 1935, it has become the standard by which all others are compared. But there is one tradeoff for this level of performance: recoil. Weighing in at only 26 ounces unloaded, the Rossi R46202 can be carried comfortably for extended periods of time. And while the R46202 is fitted with a set of rubber, recoil-absorbing, finger-groove grips, I’m sure most of you are wondering what its recoil with .357 Magnum loads is like. Well, read on.

I must mention that the gun I received for testing had one of the better triggers I’ve felt on an out-of-box revolver in some time. The DA trigger pull had a smooth, stage-free stroke, and the SA pull was light with a crisp let-off.

Range Time
To see how this Brasileiro brilhante metralhadora (“shiny Brazilian gun”) performed, I accumulated a supply of .357 Magnum ammunition and headed to the range. Figuring that erring on the side of caution is always a good thing, I also brought along a supply of .38 Special ammunition.

As is my standard operating procedure with short-barreled handguns, accuracy testing was performed at a moderate 15 yards from an MTM K-Zone rest. As I touched off the first .357 round, the muzzle blast and flash caused my fiancé (and photographer) Becky to jump back a few feet. But I persevered and managed to shoot a half-dozen targets with the magnums. As I sat there massaging my right hand, she patted me on the shoulder and asked, “Now wasn’t that fun?”

The Rossi R46202 shot to point of aim with all four loads and produced matching 2-inch groups with the Hornady .38s and Winchester .357s. Such accuracy from a 2-inch snubbie with fixed sights is quite extraordinary by anyone’s standards.

I then switched to the .38s, which, thankfully, were very soft shooting by comparison. With this painful part of the test firing completed, I ran the Rossi through a series of off-hand drills with both .357 and .38 ammunition on a USPSA target. Using an Alessi belt slide holster and Safariland speedloaders, I performed the following:

*At 7 yards, draw the revolver and fire six rounds on target with a supported grip. Perform a combat reload and repeat. Run the drill once more.

*At 10 yards, draw the revolver and fire six rounds on target with slow, aimed fire. Perform a combat reload and repeat.

In the end, the R46202 lived up to my expectations for a good, medium-frame DA revolver, and of the 48 rounds I sent downrange, 45 found their way (with a bit of help from your reporter) into the target’s A-zones. Was I impressed? Definitely.

Final Notes
While there can be no denying the effectiveness of the .357 Magnum, it is going to require a lot of practice (endurance?) on the shooter’s part for it to live up to its potential in a revolver this small and light. And while the revolver’s rubber grips helped soften felt recoil and improve handling, every time I touched off a .357, the triggerguard impacted against the joint of my middle finger. I would advise that those persons who are unable to, or don’t wish to, take the time to train with .357s restrict themselves to using .38s. For that reason, when I used the R46202 as my CCW gun the following week, the cylinder and a spare speedloader were filled with .38 +P loads.

Readers familiar with my writing know that I usually end these reports by mentioning any areas where I feel the manufacturer could improve their product. In the case of the R46202, the only deficiency I found was the front sight. While the blade is serrated, when the light hit it just the right (or wrong) way, it tended to disappear into the gun’s stainless finish. I feel that the addition of a colored insert in the blade—or better yet, a fiber-optic rod—would make this a more shootable revolver. Other than that, it would be a very viable choice for concealed carry or home defense—and at a very attractive price. For more information, visit rossiusa.com or call 800-948-8029. 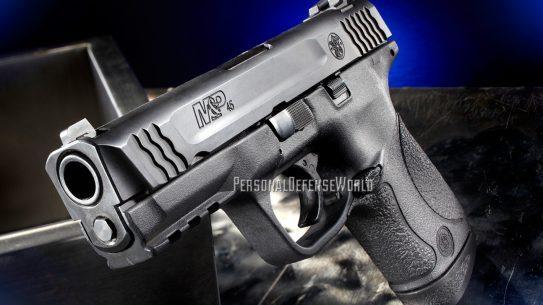