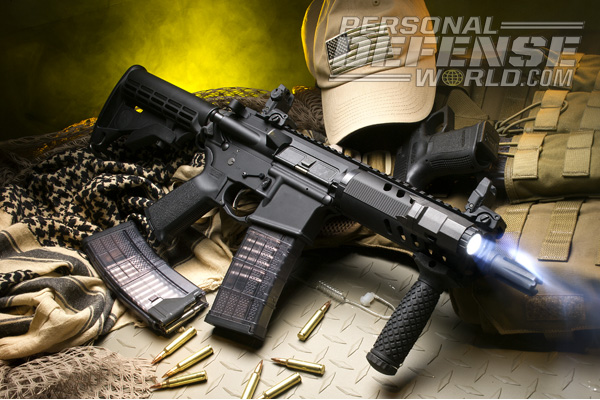 1 of 10
DPMS Black Panthers | Gun Review
With an overall length of 23.75 to 27.75 inches, the DPMS RFA3-PDW is an excellent compact package. Shown here with Aimpoint CompM4s and Inforce LED light. 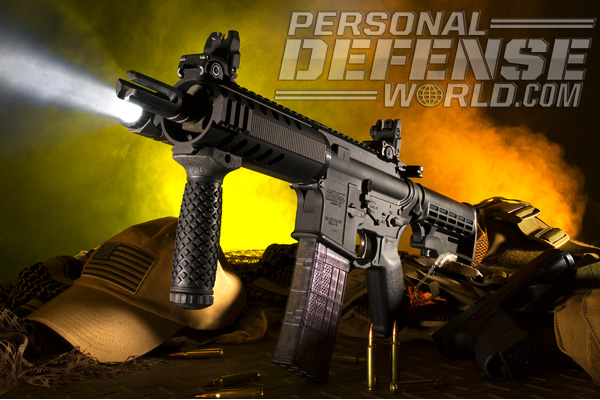 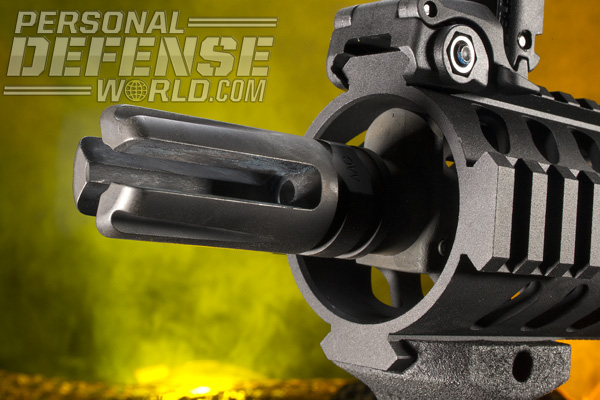 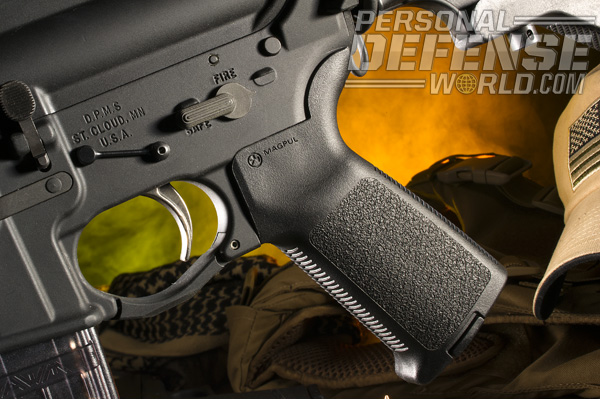 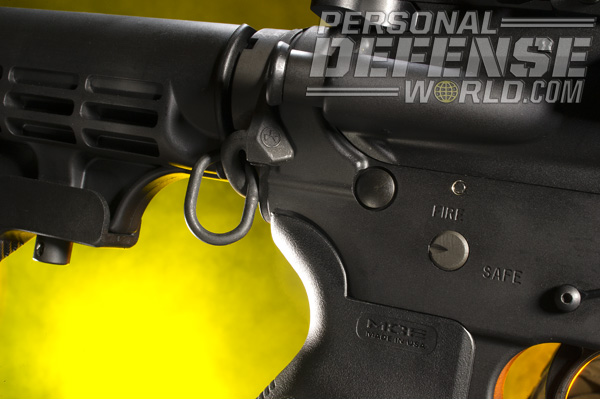 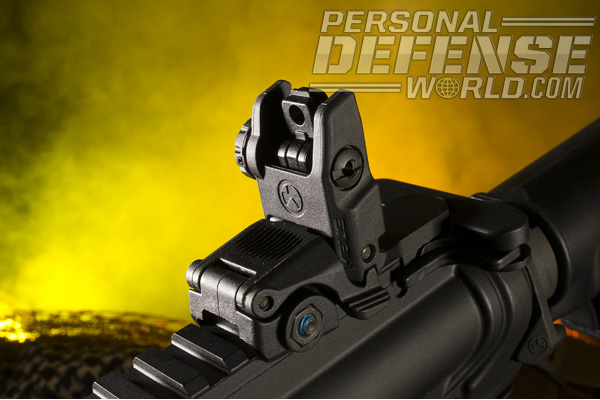 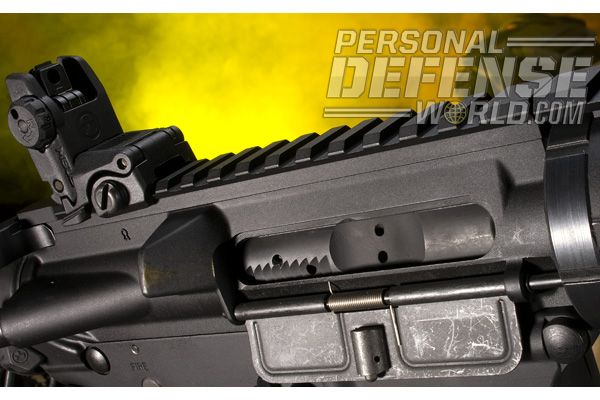 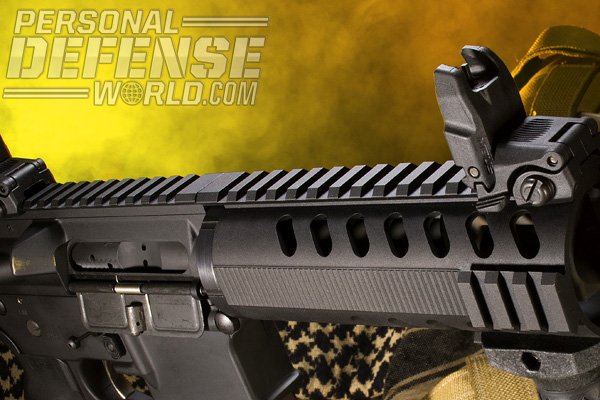 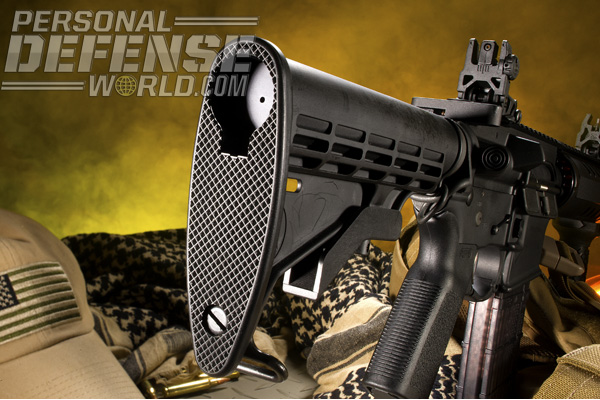 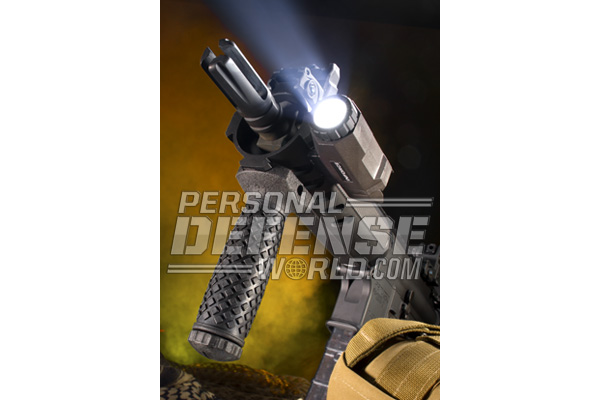 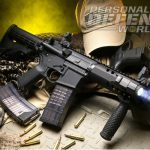 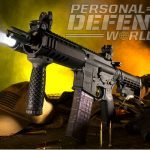 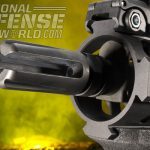 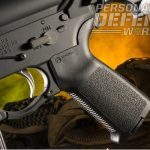 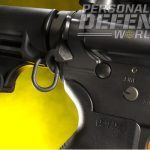 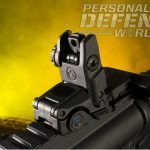 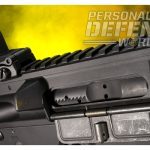 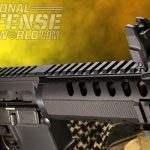 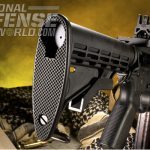 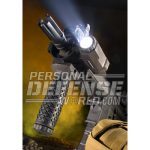 Today in the U.S., there is no family of firearms that is able to approach the popularity of military-style rifles, especially Eugene Stoner’s creation, the AR-15. On our shores, even the ubiquitous AK family, which has spread across most of the world, can’t keep up with the AR. And considering the multitude of improvements that our military, law enforcement and civilian markets have demanded (and gotten) for the AR, Stoner would most likely not recognize its modern-day progeny. Piston-driven ARs have arrived, standing heel to toe with the direct impingement models. And M4s and fixed-stock ARs join the mix as well.

With today’s huge demand for AR-platform weapons, new companies have cropped up, and older, better-established companies have ramped uptheir AR production. In the latter category is DPMS/Panther Arms, a member of the Freedom Group. Its story and presence in the industry makes it hard for me to imagine anyone in the firearms world who has not heard of DPMS. DPMS is recognized as one of the AR world’s mainstays and ranked by the ATF as the second highest-volume manufacturer of ARs. Of course, this was not always the case.Starting in 1986 as Defense Pro-curement Manufacturing Services, DPMS “served as a precision machine shop manufacturing M16, M14 and M203 parts for Army contracts.” The same manufacturing skills allowed it to market parts in the non-military world. Today, DPMS remains focused on supplying parts while producing complete AR-15s, a natural extension of the company’s parts capabilities. DPMS offers ARs to fit almost any need, from hunting to tactical applications, and in a huge number of calibers to boot. DPMS boasts, “No other company offers more styles or configurations of modern sporting rifles.” A quick look at its modern sporting rifles certainly supports that claim.

3G2
One of the newest of DPMS’ ARs is the 3G2, their second foray into providing an off-the-shelf solution for those participating in the demanding sport of 3-Gun. Following in the footsteps of the successful 3G1 carbine, the 3G2 has all the features and refinements that competitive shooters need. A glance at the 3G2 reveals several elements that would be as at home on a “serious” defensive weapon as they would be on a competition rifle. The 16-inch, lightweight-profile barrel is free-floated and made of stainless steel with 1-in-9-inch rifling and a Jerry Miculek compensator on the muzzle. The Magpul STR stock with its larger cheekpiece adds comfort and stability, and the supplied Hogue grip is always a nice addition.

The 3G2’s trigger is a DPMS two-stage model, and DPMS’ trim and comfortable M111 handguard will hold all the accessories you could want. The M111 is a modular, lightweight, octagonal handguard that can be fitted with rail sections where needed. Magpul MBUS sights are mounted at a 45-degree angle on the handguard for quick transitioning from the optic to backup sights in case of an optic failure or if targets are too close. This angled sighting system is easy and an excellent choice.

.22 AP4 CARBINE/.22 BULL BARREL
Also new from DPMS is its mil-standard .22 AP4 Carbine chambered for .22 LR. In my mind, there are two important features on this firearm: its chambering and mil-spec design. In an ammunition drought such as the one we have today, the value of shooting .22 LR is immense. And having a mil-standard weapon means all your favorite and most used accessories will fit—the AP4 will have the feel of your 5.56mm carbine.

As with all DPMS carbines, the upper and lower are of 7075-T6 forged aluminum with mil-standard hardcoat anodizing. There are two profile options for the 16-inch, 4140 chrome-moly barrel: the AP4 Carbine and the Bull Barrel, with the latter having a weight nearer to a standard carbine’s. All AP4 Carbines ship with one 26-round and one 10-round magazine. Accessories for the AP4 Carbine and the Bull Barrel include, respectively, a Glacier Guard M4 or DPMS aluminum free-floated handguard; removable carry-handle sights or no sights; an A2 flash suppressor or no muzzle device; and an AP4 six-position or fixed A3 stock.

TPR
DPMS’ TPR (Tactical Precision Rifle) was updated in 2013 with a Magpul MOE fixed stock, an excellent choice for this type of rifle. Adding a sling to the MOE is quick and easy with multiple mounting points, and the stock has an internal storage compartment and a replaceable, anti-slip, rubberized buttpad. The TPR wears a trim M111 rail system and a Magpul MOE triggerguard and pistol grip.

The TPR was designed from the ground up to be one thing: a precision shooting machine. Chambered only in 5.56mm, the TPR should take full advan-tage of the 20-inch HBAR 416 stainless steel barrel’s potential for optimum accuracy. With its 1-in-9-inch twist rate, the barrel will nicely stabilize bullets up to about 62 grains. As a precision rifle, the TPR naturally arrives sightless, but the A3 upper’s flattop and the M111 handguard’s full-length top rail can mount any sights or optics you desire. Both receivers are made of forged 7075-T6 aluminum, and an AAC flash suppressor/suppressor adapter caps the barrel.

PDW
The DPMS PDW (Personal Defense Weapon) also got some upgrades for 2013, and it is the only rifle discussed here that you need to ask Uncle Sam to possess. The PDW is an NFA firearm because of the 4150 chrome-lined HBAR barrel’s 7.5-inch length, so the weapon will require federal paperwork. For those unfamiliar with the PDW concept, it’s intended as a handy, close-range weapon, as evidenced by its shorter barrel and overall length. Offered in 5.56mm NATO and now 300 AAC Blackout, the PDW can’t help but be handy.

Once again, the upper and lower receivers are made of forged 7075 alum-inum. DPMS’ special free-floated PDW handguard arrives with short sections of rail and a vertical grip. The 7.5-inch barrel is made of chrome-lined 4150 chrome-moly with a 1-in-7-inch twist rate. An AAC flash suppressor/suppressor adapter caps the barrel. The barrel’s HBAR profile should add a little more weight up front to help with controllability. The PDW also includes Magpul MBUS Gen 2 sights and a six-position AP4
stock. We’ve clearly got a good crop of ARs from DPMS/Panther Arms for 2013. Check them out. For more information, visit dpmsinc.com or call 800-578-3767. 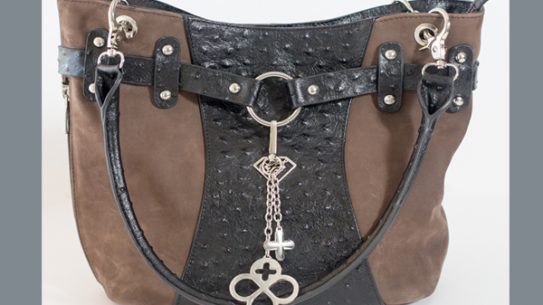 Today in the U.S., there is no family of firearms that is able to…