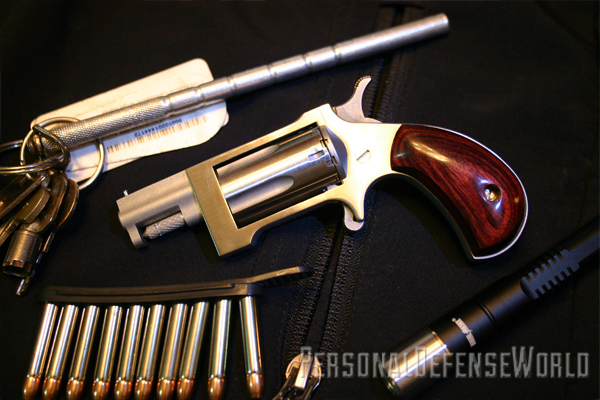 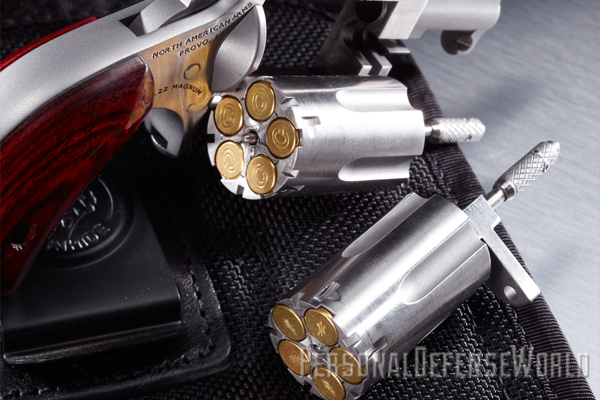 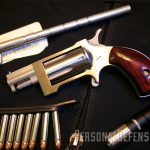 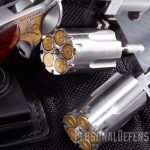 North American Arms (NAA) has established an impressive reputation with its mini-revolvers. Incredibly tiny, these single-action workhorses can deliver the last-ditch .22 LR and .22 Magnum punch needed to survive a deadly encounter. The tradeoff? To reload, users had to remove the cylinder completely, fill it with fresh ammo and reinsert it—a timely process when you probably won’t have the time. NAA’s new Sidewinder, however, changes the game completely. Among other attributes, it has a swing-out cylinder.
In the upcoming March 2014 issue of Combat Handguns, author William Bell tests the new Sidewinder. He writes, “Sporting the usual stainless steel construction and laminated-wood grip panels, the Sidewinder stands out as being easy and fast to load and reload. Unlike 99 percent of modern revolvers, the Sidewinder’s cylinder swings out on its crane to the right, instead of the left…. The hammer must be cocked to the first click, and a housing on the bottom of the barrel holds the rod in place. Two locking points are located on the barrel below the muzzle and at the rear of the cylinder respectively. The cylinder can be safely loaded with five cartridges, as slots are machined into the outside rear of the cylinder as a rest for the firing pin, which is integral to the hammer nose. There are also windows at the back of the counter-bored cylinder chambers, which provide a visual on whether or not the gun is loaded.”

Bell goes into greater detail of the new mini before taking it to the range. To learn more about the NAA Sidewinder, check out the March 2014 issue of Combat Handguns, available on newsstands and digitally December 17, 2013. To subscribe, go to https://www.personaldefenseworld.com/subscribe. 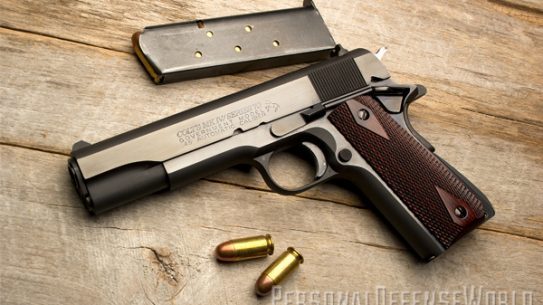