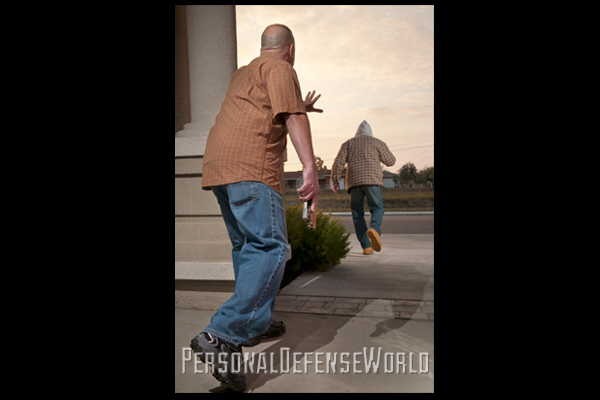 1 of 2
Self-defense-hold-your-fire-gun-pursuit
Self- Defense & The Law: Hold Your Fire 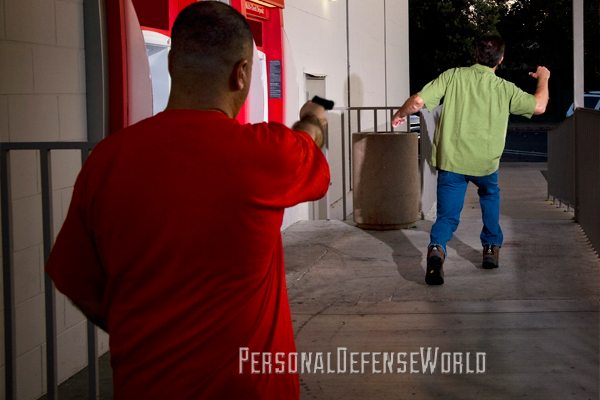 2 of 2
Self-defense-hold-your-fire
Self- Defense & The Law: Hold Your Fire 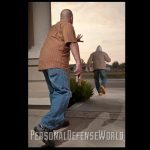 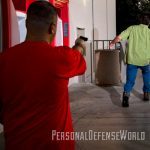 A look at the murky legality of using force against a fleeing felon!

In the upcoming March 2014 issue of Combat Handguns, author Massad Ayoob dives into the complex legal framework behind defending yourself if an attacker decides to run away. Ayoob writes, “As a general rule, once a criminal attacker has broken off his assault and is fleeing, the right to use deadly force against him has fled as well.”

But there are a few exceptions, which Ayoob details in seven clear cases that happened in the real world. He writes, “Case Six took place in a Western state some years ago. A man shot and killed his wife in front of many witnesses in a shopping plaza, then got into his car to escape. A citizen who had witnessed the murder had a Ruger Redhawk .44 Magnum hunting revolver in his car, and he used it to shoot and kill the gunman who was attempting to drive away. A grand jury cleared him in the shooting.”

To learn more about this complex situation and circumstances that will result in either a guilty or innocent ruling, check out the March 2014 issue of Combat Handguns, available on newsstands and digitally December 17, 2013. To subscribe, go to https://www.personaldefenseworld.com/subscribe. 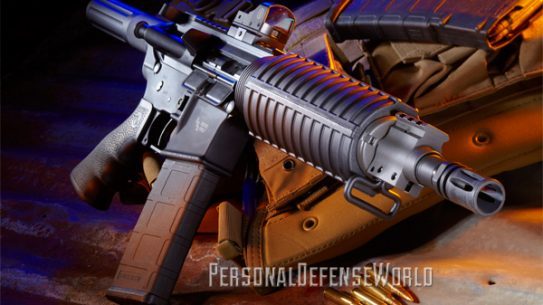