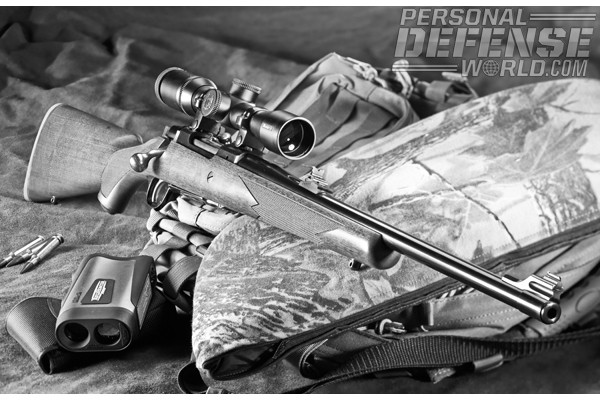 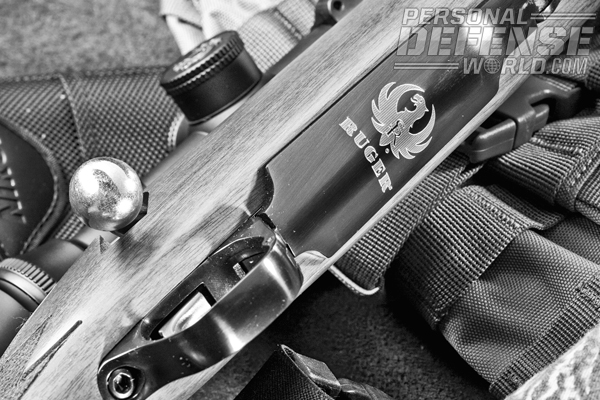 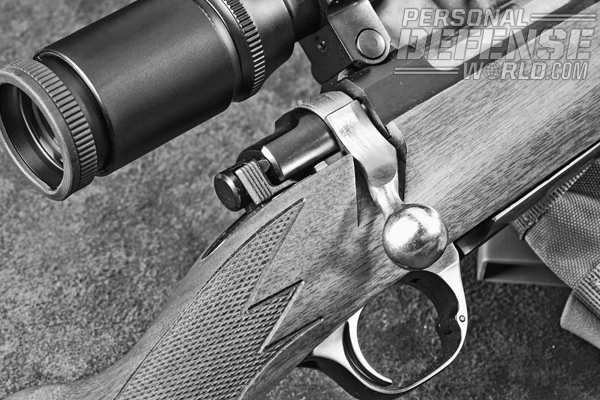 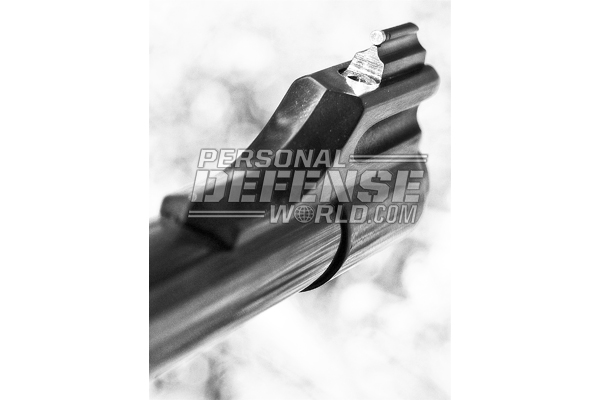 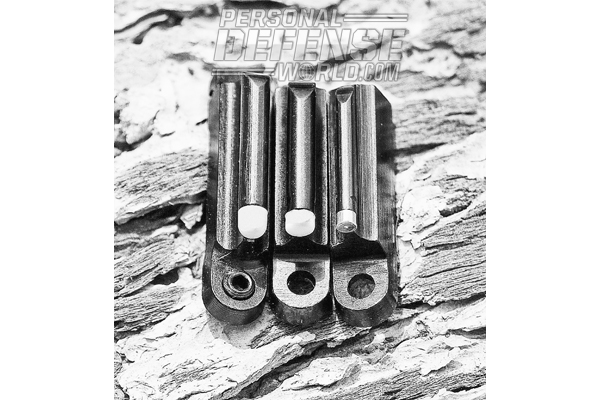 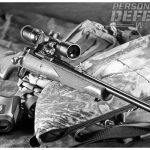 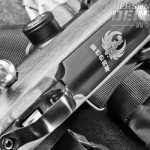 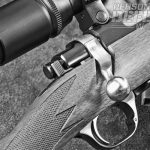 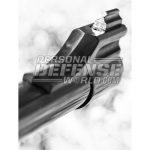 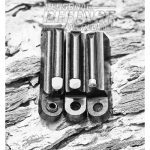 In an age when you’re simply not cool unless you’re hitting the road with a “black tac” carbine, the humble bolt gun seems outdated as a general-purpose rifle. But, the lowly bolt action is far from dead. In the hunting fields, it still reigns supreme, where accuracy, power and reliability are far more important than 600 rounds per minute of fire and a chest full of spare 30-round magazines—ditto in certain military and police circles, where the same qualities are absolute necessities for highly specialized mission requirements. The bolt action is not just for hunters or law enforcement: You could do a hell of a lot worse than using a properly set up bolt action as a general-purpose backcountry rifle. In the truck, about the ranch, around camp, on horseback or as a just-in-case woods-walking buddy, the rifle just needs to put a bullet on target, not stand off an army, and a quality bolt-action rifle can do that all day long, rain or shine.

I’ve been known to tote a bolt action outside of hunting season, and the one that has ridden on my UTV in the mountains the most is my old Ruger International in .30-06. Light and powerful with some post-purchase tweaking, it has met my general-purpose-rifle criteria well for roughly 15 years. All have their own ideas of what a general-purpose rifle should be. My definition is pretty simple: The rifle should have a barrel no longer than 20 inches for relatively compact transport and heavy-brush navigation, be chambered in a .30 caliber, and feature a Mauser-style action, a good pad and no glass.

A good set of iron sights can be highly visible and quite accurate within practical ranges and will never fog up, develop raindrop blur, scratch, bust a reticle loose, chip, back out mounting screws or develop a wandering zero because of too much recoil on relatively fragile, small internal parts. Yes, iron sights do limit effective distances, and even irons can be knocked sideways, but they’re much more rugged than many scopes, and within about 200 yards, most shooters with half-decent eyes can bring down a deer or turn a charging bear with irons. Roughly speaking, fielding a rifle with iron sights will probably cost between $200 and $700 less than doing so with good glass. And irons are better adapted to quick close-up snap-shots than many scopes, especially higher powered ones.

Where are we going with this? Well, over the past couple years, I’ve been on the lookout for a GP rifle in .308. The .308’s a popular caliber, its development continues with the major ammo-makers, and it provides a rea-sonable power ceiling without unduly beating up on the shoulder. With my old ought-six, the .308 can hold its own up to and including heavier 180-grain loads. Brass for reloading is easy to find, and with a shorter action, the bolt doesn’t come quite as close to my favorite eye when the bolt is cycling on my shoulder. (Depending on neck length, shooting stance and eyeball protub-erance, this can be important.) The search was frustrating, with iron sights drying up and one or two possible candidates showing only limited availa-bility, but one that did meet my criteria eventually turned up, surprisingly nestled within Ruger’s Compact Magnum line.

In .308 form, the Compact Magnum sports a 20-inch, medium-weight barrel; an American walnut stock with checkering on the wrist and forend; a polished blue finish; a Ruger brass-bead post front sight; a Williams fully adjustable U-notch rear sight; a thin red rubber recoil pad; a Ruger three-position safety at the right rear of the bolt shroud; sling studs fore and aft; a stock grip-cap with a white Ruger logo; a steel hinged magazine floorplate with an engraved Ruger logo; and Ruger’s relatively new LC6 single-stage trigger. The box includes a set of Ruger scope rings to fit the proprietary mounts on the receiver top. A trim package with an over-all length of 40 inches, a 13-inch length of pull (a half-inch shorter than standard) and a relatively light 6.75-pound weight, the M77 Compact Magnum can assume the same working-gun role of the older, simi-larly sized Winchester Model 94 carbine in .30-30 but with much more punch.

Range Day Flop
First test-session results? Well, let’s take a quick look at those sights. As I was shooting under a canopy at the state range, where I do most of my rifle accuracy testing, the overcast sky conspired with the shade to completely shut down my evaluation. The brass bead that came on the rifle was just too small for a clear sight picture in dim lighting, and 100-yard groups were running up to 8 inches. I knew the rifle could do better, so I spent the following week scaring up alternative front blades for a second range day. XS Sight Systems, New Eng-land Custom Gun and Ruger each sent a sight. I was looking for greater visibility, and all three offered just that.

XS sent a 0.35-inch-high, white-striped blade; NECG sent an #R-150 0.33-inch-tall, white-beaded blade; and Ruger sent the 0.328-inch-high white-dot blade it uses on the Alaskan Hawkeye. Since the M77’s original brass-bead height was 0.328 inches, the Ruger Hawkeye blade was a straight swap, and the Williams rear had more than enough room to adjust and mate with the XS and NECG blades. Both white beads were substantially larger than the Compact Magnum brass, and all three replacements were infinitely more visible in anything other than bright light. Ruger tells me I’m the only one who’s complained about the brass being too small, but as this rifle catches on (and it will), I’m sure there’ll be others interested in better sighting options.

These front blades are all easily in-stalled, incidentally, so there’s no need to pay anybody to do the work for you. The factory blade is retained by a spring-load-ed plunger in a fixed barrel-band base. Use a small pin punch or hex wrench to depress the plunger, slide out the old blade, slide in the new blade, and make sure the plunger’s fully engaged in its hole in the blade. (The NECG unit uses a slightly different hex wrench and screw-retention setup.) Since I prefer a squared-off sight picture, I used the XS blade for the second test session—it was a tight fit going into the base, so you may need a small mallet to seat it completely. Each blade costs about $30, and it’s money well spent.

Second Run
A quick second range-trip with the same four loads in a total of three different bullet weights resulted in a dramatic improvement to my three-shot groups, even under the same canopy and almost identical cloudy skies. The relatively wide XS sight (which I’ve used on other rifles for several years) is very versatile. It will show up white against a dark background if there’s not much ambient light behind it, and it transforms to a dark outline if you’re shooting into bright light. Either way, it works quite well across a broad range of lighting conditions, and mates perfectly with the Williams U-notch. In far-from-ideal lighting, the sight and rifle brought groups down from the earlier ex-treme of 8 inches to a best-of-session 1.37 inches with Federal’s 150-grain Power-Shok soft points.

That is not to leave the two white beads out in the cold. For hunting sights, they can serve as a quick pointer. Just lay the bead in the center of an animal and take the shot. Using a bead this way is more of a short-range proposition, but it can be quite efficient. Ruger uses their large white beads on the fixed-sight Alaskans precisely for that reason. The guns are regulated for quick 50-yard shots, and they’re fast and accurate enough for hunting or critter defense at such distances. It’s up to the shooter, but in my opinion, any of the three replacement sights is more practical than the small, factory brass bead shipped on the M77 Compact Magnum.

On the second session, the rifle shot and handled well enough for me that I ended my search for a GP rifle. The M77 is not only a looker, but with the right ammunition it’s also a shooter. The action’s not quite as slick as my old International’s, but given a little quality break-in time, it will be. Out of the box, the M77’s bolt travel is already much smoother than that of the last Ruger bolt-action I tested a couple years ago. The trigger broke very cleanly at 3.75 pounds with minor overtravel, the medium-weight barrel won’t heat up as quick as the lighter barrel on my .30-06, the bolt doesn’t jeopardize my face when it comes back, and recoil is a bit milder. The International won’t be entirely retired, but the new .308 M77 Compact Magnum will be racking up some dusty miles in the scabbard as soon as it gets a recoil-pad upgrade. Unlike other more expensive rifle-projects of the past, the Compact Magnum only needs a limited amount of aftermarket upgrading: $30 for a sight replacement and $50 or so for a thicker pad. Toss in an old sling, and it’s good to go. I have a certain fondness for Ruger rifles, and I like this one a lot. For more information, visit ruger.com. 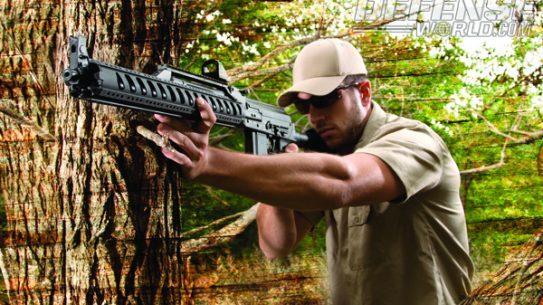 The ATI/MOLOT VEPR .308 is a fast and reliable enhanced Kalashnikov for close to...