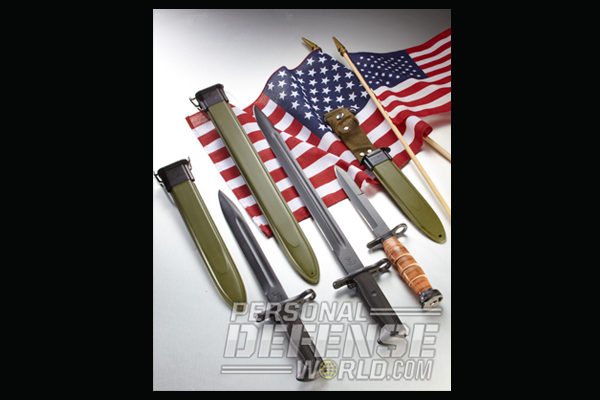 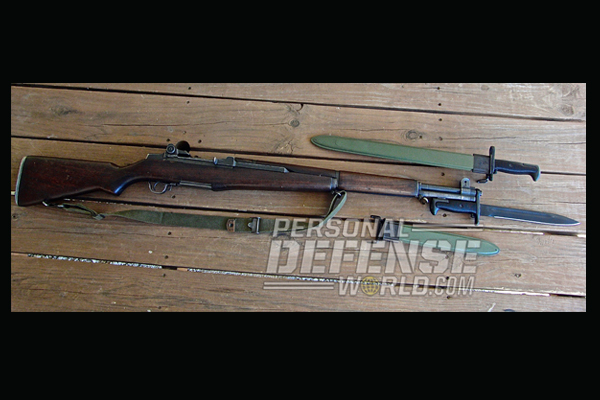 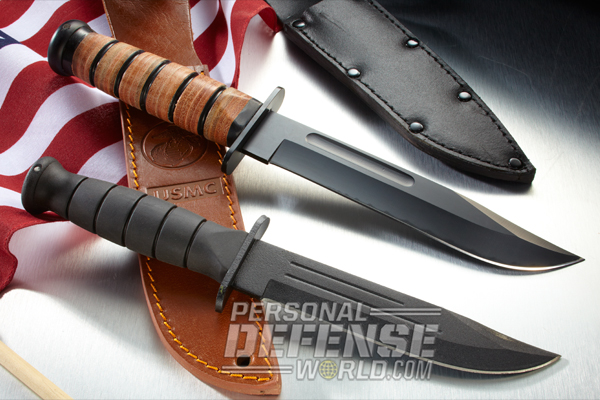 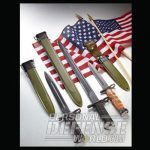 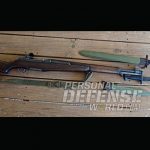 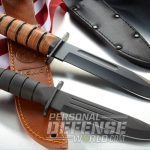 For the May 2014 issue of TACTICAL KNIVES, historian Leroy Thompson examined reproductions of World War II-era bayonets and fighting knives from Century International Arms. As a collector of military antiques from this era, Thompson conducted a thorough comparison of the Century Arms reproductions to the original designs.

According to Thompson, “The Century M1903 and M1 Garand bayonets are designed to look very similar to the originals with green polymer sheaths bearing U.S. markings and the Ordnance Corps’ ‘shell and flame’ symbol. Bayonet blades are also marked. The 10-inch M1 Garand blade, for example, is marked at the ricasso ‘OL./U.S. with Ordnance Bomb/1943.’ Sheaths have the metal hooks used to attach to World War II-type belts. As with the original bayonets, a retention hook on each side of the mouth of the sheath catches a release button to retain the bayonet. Pressing the button allows the bayonet to be withdrawn.”

According to Thompson, “It is very similar to the USMC’s fighting utility knife. As with the original, it has a 7-inch, clip-point blade and stacked washer-type handle with flat pommel. There are no markings on the knife, and the only markings on the sheath are the USMC emblem and the letters ‘USMC’ stamped into the leather.”

To read the full article, check out the May 2014 issue of TACTICAL KNIVES, available on newsstands January 28, 2014. To subscribe, go to https://www.personaldefenseworld.com/subscribe/tactical-knives/

New for 2014, European American Armory (EAA) has announced the release of the new...