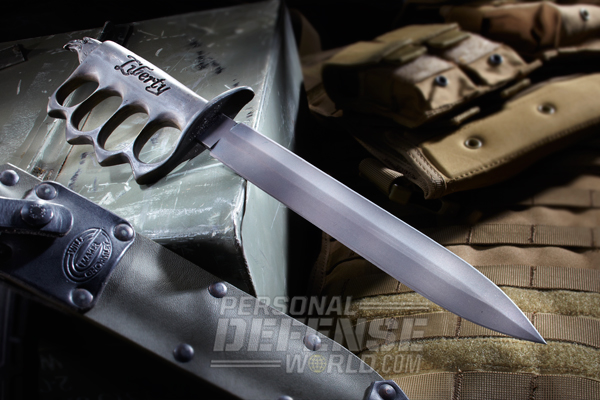 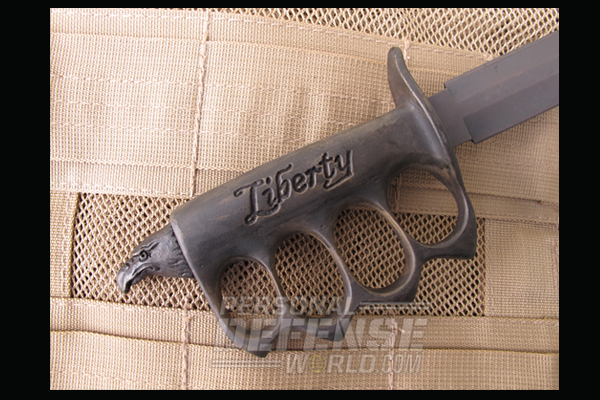 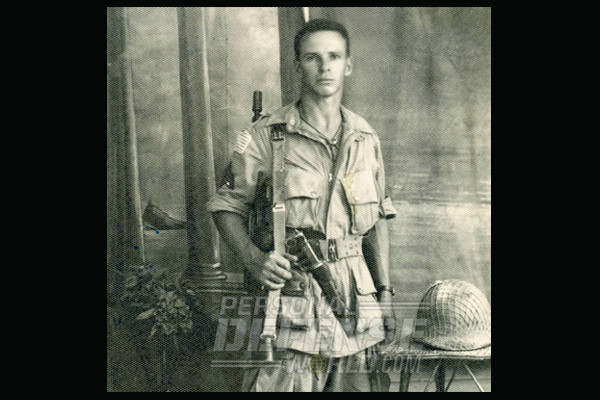 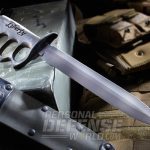 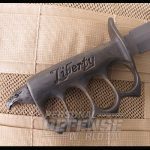 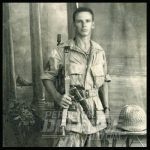 Drawing inspiration from military-issue knives of World War I, esteemed holster-maker Will Ghormley introduced his first knife creation this year with the Liberty Trench knife. Similar to the original MK1 model issued to troops for hand-to-hand combat, the Liberty Trench showcases the tactical features necessary for the no-hold-barred trench fighting of the period. Steven Dick reviewed the Liberty Trench for the May 2014 issue of TACTICAL KNIVES.

To begin his review, Dick examined the MK1917 and MK1918, the original trench knives issued to U.S. soldiers. “The studded D-guards…protect the user’s hand from counter blows and serve as knuckle dusters in close-quarter brawls….This led to the adoption of the M1918 MK1 trench knife with a solid-brass knuckle-duster handle and 6.75-inch, double-edge dagger blade. These may have actually been issued too late in the war to see much use, as I have yet to find a single photo of period troops carrying them,” says Dick in his review. “What is known is that the MK1 saw reissue in the early days of World War II, especially to paratroop units. From battle photos, I have a feeling that even when the more conventional leather-handled MK3 trench knife became standard, many troops held on to their MK1s. A few were still being carried up to the early days of Vietnam.”

Moving to Ghormley’s Liberty Trench, Dick quickly notes the knife’s period-specific details and durability. “The weapon starts with a brass-knuckle handle very similar to the MK1, but with an eagle-shaped pommel rather than the spike found on the issue model. The full, double-edged, Texas Knifemaker’s Supply AUS 6 stainless blade is 8.75 inches long. As can be expected from a custom holster maker, the scabbard is an outstanding, jump-safe Kydex model with a tip, leg strap and belt frog.”

To read the full article, check out the May 2014 issue of TACTICAL KNIVES, available on newsstands January 28, 2014. To subscribe, go to https://www.personaldefenseworld.com/subscribe/tactical-knives/ 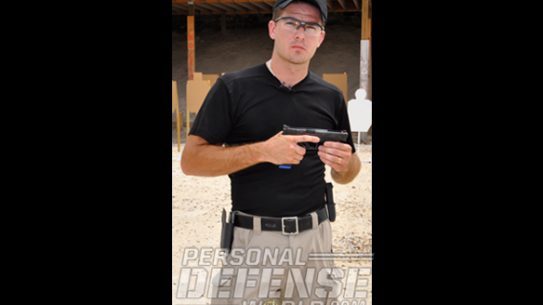 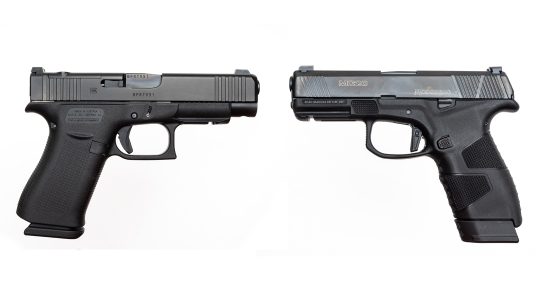 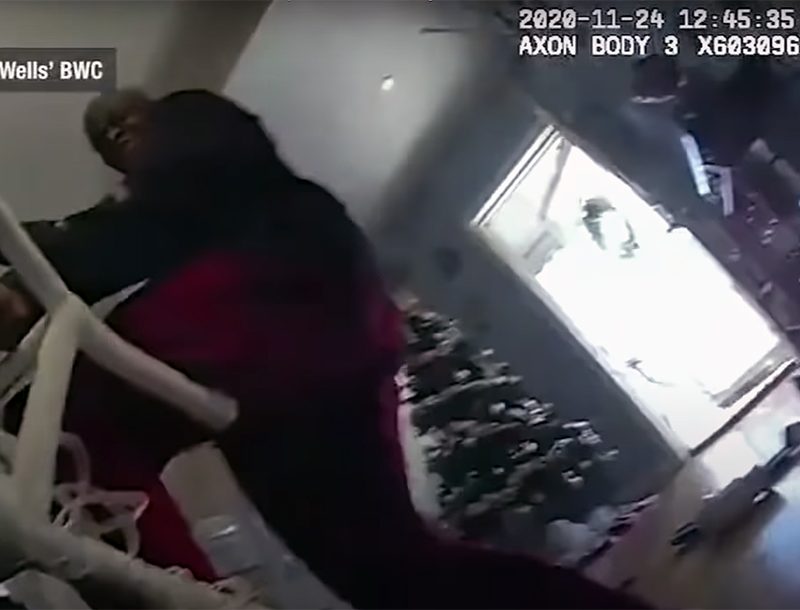 WATCH: NYPD Officers Fight for Their Lives During Ambush, Save...