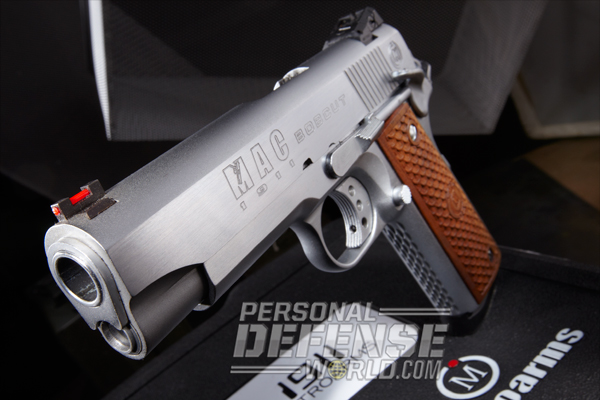 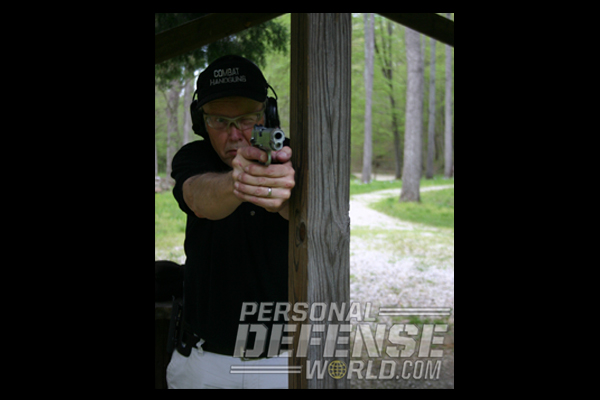 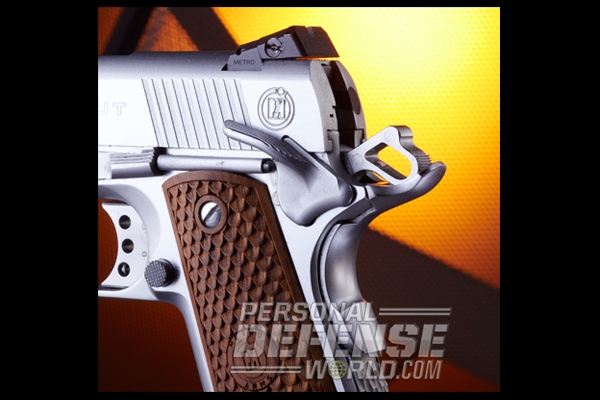 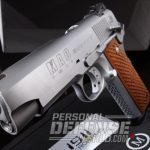 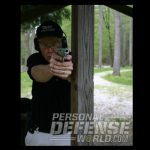 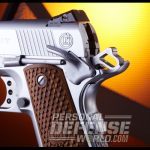 The resurgent popularity of 1911 designs among self-defense shooters brought William Bell the opportunity to test the Metro Arms Corporation’s (MAC) 1911 Bobcut.45 ACP for the May 2014 issue of COMBAT HANDGUNS. Named for the diagonal cut on the gun’s backstrap, the Bobcut offers a 4.25-inch barrel and 8+1 capacity of hard-charging .45 ACP ammo, all in a portable 34.5-ounce package.

“A close inspection of the exterior of the MAC 1911 Bobcut revealed excellent attention to both the finish and the wood-to-metal fit on the grips,” notes Bell in his review. “Another nice and practical touch was the stippling on  the front and back-straps of the grip frame—what I’d describe as an overlapping dish pattern that allowed me to effectively keep a good hold on the MAC 1911 Bobcut during rapid-fire shooting exercises.”

At the range, Bell found the MAC Bobcut delivered impressive results in line with the reputation of the 1911 platform. “To test reliability and practical performance during rapid-fire shooting and loading, I set up a B-27-type target at 15 yards, loaded my magazines with a mix of the test cartridges and moved to the 3-yard line to run the MAC 1911 Bobcut through a combat qualification course,” says Bell.

He continues, “…I fired six shots with the strong-side hand only, then six with the support-side hand, sans sights, with a combat reload in between the two strings. Moving to 7 yards, I drew and fired a series of three double-taps, reloaded, then fired a body armor drill with two shots center-mass and one to the head. After doing that twice,  I reloaded and moved to the 15-yard barricade. I fired two shots from cover on the left side while standing, two from the right side while standing, and then two kneeling from the right side. Out of a possible 300 points, I managed a 297.”

Read the full article on PersonalDefenseWorld.com. To subscribe COMBAT HANDGUNS, go to https://www.personaldefenseworld.com/subscribe/combat-handguns/.