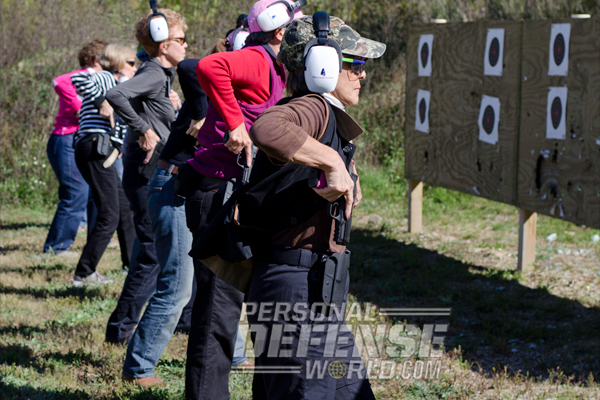 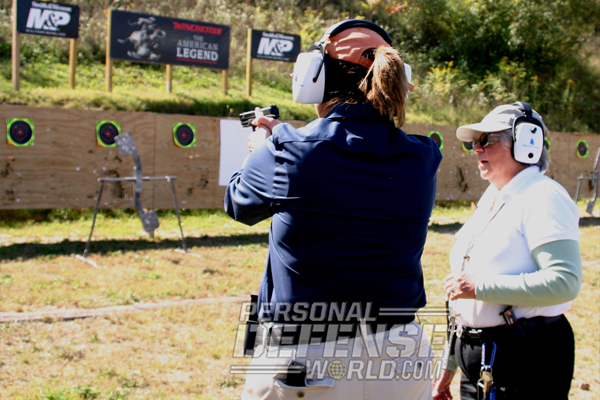 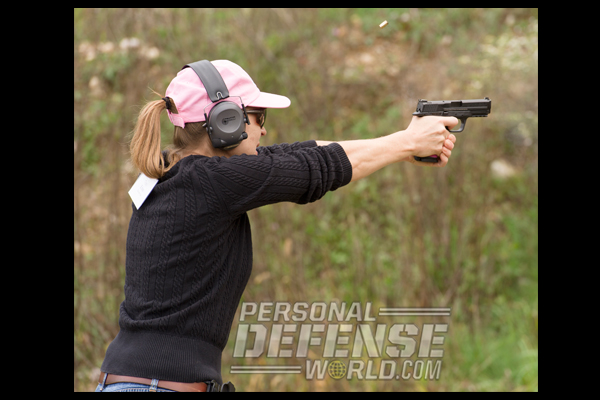 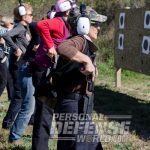 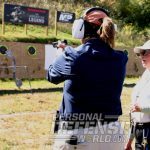 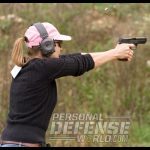 For the Ladies Only column in the May 2014 issue of COMBAT HANDGUNS, contributor Betsy Brantner Smith attended a recent Ladies for Liberty self-defense course at Michigan’s Hillsdale College. Brantner attended the course with a group of women from eclectic backgrounds, a group she described as including “doctors, ranchers, horsewomen, teachers, tennis players, homemakers and more.”

“The first morning of this five-day event began in the classroom with founding instructor Bonita Fraim talking about  the range bags we’d been issued and how students could purchase the same Smith & Wesson M&P handgun that we’d be using all week. Smith & Wesson was a major sponsor of the event, providing range bags, hats, T-shirts and other free goodies for the students,” Smith says in her article.

Smith continues, “Bonita then turned the classroom over to Defense Training International’s (DTI) Vicki Farnam, our lead firearms instructor for the week. Vicki is a veteran police and military firearms instructor…She brought with her an eclectic and dynamic group of three additional female instructors, including a cop, an engineer and her daughter, Wendi, a rancher from Wyoming. In her familiar no-nonsense tone, Vicki told us that the week would be a tough and challenging one, but that we would ‘be rewarded in the end.’”

At the range, Smith describes a detail-oriented learning environment that helped even first-time shooters feel comfortable sending rounds downrange. “The staff taught us a thumbs-up way to grip a pistol, they called it ‘flying thumbs,’ which would become one of the familiar reminders while on the range. Vicki finds this to be a good grip for small-handed people, especially women,” says Smith. “By that first afternoon women who had never touched a firearm were proudly wearing one on their hip. Hillsdale College and Vicki Farnam’s staff had set the tone for success.” 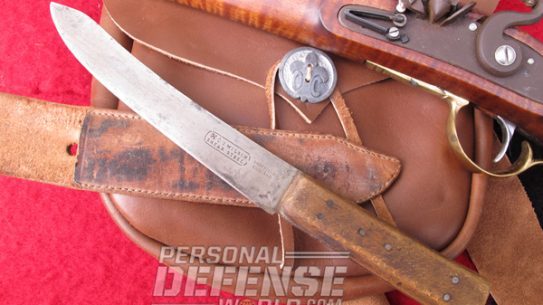 How English I. Wilson blades helped carve out the American frontier.