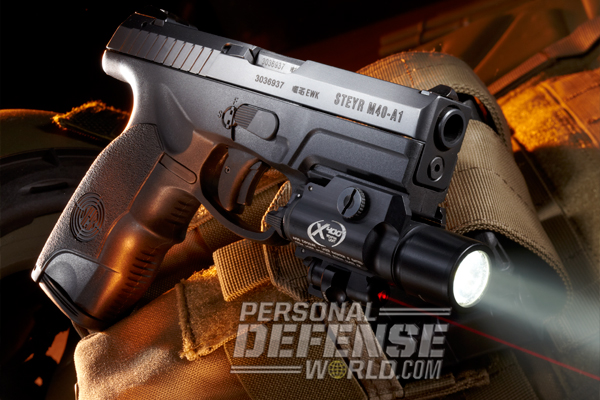 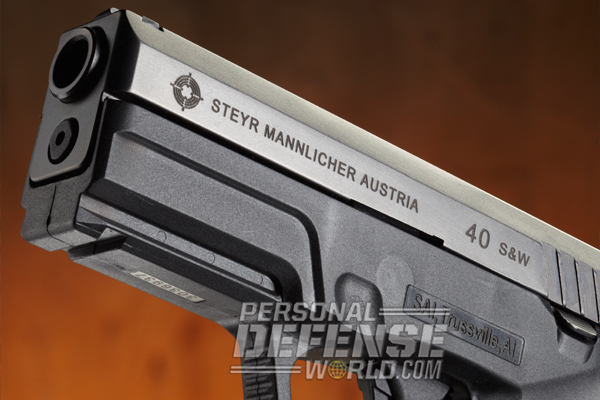 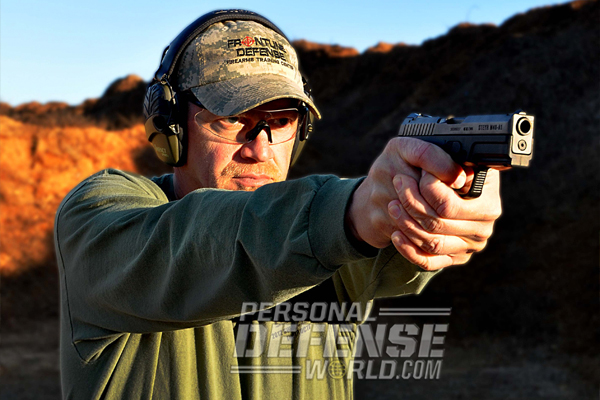 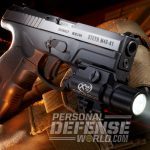 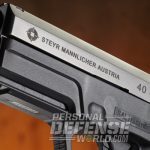 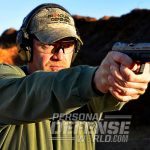 For the May 2014 issue of ,em>COMBAT HANDGUNS, Chad Thompson took on the task of reviewing the latest handgun from Steyr—the Steyr M40-A1. Despite a capacity for 12+1 rounds of big-bore .40 ammo, Thompson found the M40-A1 easy to handle and smooth to shoot on the range.

“The Steyr M40-A1 is a striker-fired, polymer-framed .40-caliber semi-auto with a completely steel slide assembly,” says Thompson. “The bore axis is nice and low, and the pistol points perfectly. The pistol also has a paddle-type safety on the front of the trigger, like so many others of the genre today.
During the review, two particular features grabbed Thompson’s eye. “The two biggest things that I noticed upon initial inspection were the sights and the rail under the slide. The sights are triangular and trapezoidal, and the accessory rail is a nice added feature,” says Thompson. “These sights are way different than standard notch and post, but that is not to say that is a bad thing—it just took some getting used to. After a small amount of practice, I found them to be quite fast and easy to pick up.”

Another impressive feature Thompson found was the M40-A1’s recoil control, thanks in part to a new Steyr grip design. “The grip is smaller in diameter than those on a lot of competitors’ pistols, and it has a nice high-grip recess in the tang of the pistol that reduces felt recoil much better than I expected. In short, it made this .40-caliber pistol shoot like a 9mm,” says Thompson. “Now, .40 S&W usually has a little sharper recoil than 9mm, but, on the M40-A1, the recoil was mild and easily managed no matter what ammo was being used. Handling and ergonomics were great, and all the controls were easy to manipulate.” 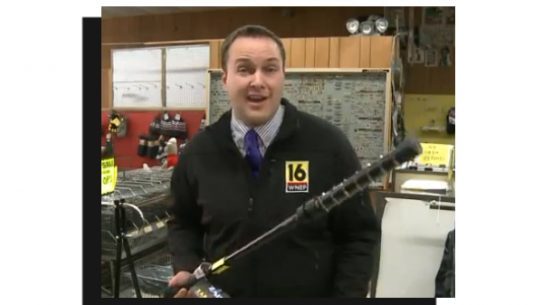 Steyr’s futuristic .40-cal delivers unbeatable ergonomics and 12+1 rounds of fight-stopping firepower! For the…