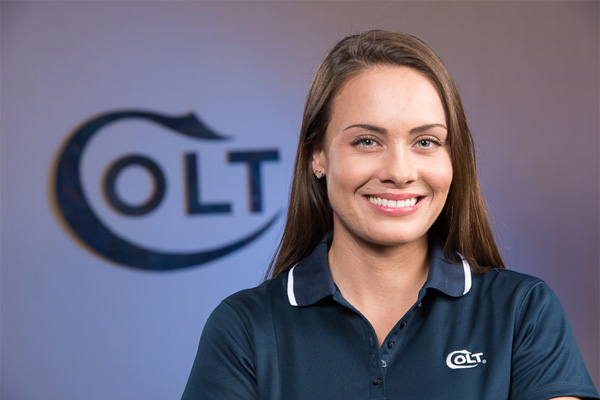 Colt’s Manufacturing Company, announced its sponsorship of national and international shooting sports competitor Maggie Reese who has a successful track record in many shooting disciplines, and already has a full schedule ahead with Team Colt in 2014.

“We are thrilled to have Maggie join Team Colt,” said Joyce Rubino, Vice President of Marketing for Colt’s Manufacturing. “Maggie is very passionate and enthusiastic about the shooting sports. She is a wonderful role model for other young women who are interested in shooting, and we are proud to have her wearing the Colt name and competing with our firearms.”

Colt will bolster Reese’s competition arsenal with a variety of Colt’s high quality firearms. For single stack pistol, she will use either a Government Model with a Series 80 firing system, or a Delta Elite platform. For 3-Gun competitions, Reese will compete with the LE6920 and LE901 rifle platforms.

“I am honored to be sponsored by Colt, a company with such a rich history and a strong reputation for quality in the industry,” said Reese. “A 1911 is the first gun I ever owned, so it is a thrill to now shoot for the company that set the standard for the model. In addition to having a successful competition season with Colt, I also aim to raise awareness for the shooting sports, especially amongst women.”

It was Reese’s father who introduced her to shooting when she was 18 years old. At first it was a weekend hobby, but the two then began competing in local steel matches in the “man vs. man” format. From there, Reese was hooked and began to seek out other styles of competition shooting.

This year’s schedule is already booked with exciting events for Reese. She will compete in the 3-Gun Nation Pro Series, NRA’s Action Pistol (Bianchi Cup), USPSA Multi-Gun Nationals and many others. “I am particularly excited to compete in two world championship matches this year,’ said Reese. “In May, I have the honor of representing the U.S. Ladies Team at the NRA’s World Action Pistol Championship. Then, in November, I will compete in the Surefire 3-Gun World Championship. I know my Colt guns will serve me well on the international stage.”

For more information on the Colt firearms Reese will be shooting, please visit colt.com. Follow Colt on Facebook at Facebook.com/ColtFirearms to follow Maggie Reese’s competitions this year. 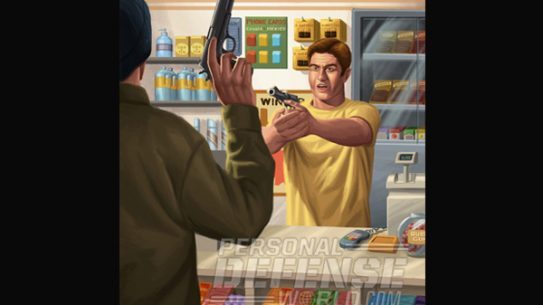 It Happened To Me: Convenience Store Showdown | Robbery

Real-life story of how a quick-thinking store clerk foiled an armed robbery!