A non-profit organization: Connecticut Carry is dedicated to preserving the Second Amendment right to keep and bear arms, issued a challenge to state lawmakers: Either enforce or repeal the gun control laws passed in 2013.

According to Connecticut Carry, “people from Connecticut and around the nation are tired of being threatened,” and are ready to make a stand. Moreover, the organization said the State of Connecticut “does not have the stomach to enforce the edicts and laws with which they threaten gun owners.”

“From Governor Malloy, to Undersecretary Lawlor to DESPP, Commissioner Schriro, and Lieutenant Cooke of the firearms unit, and including Lt. Paul Vance, the state needs to s**t, or get off the pot. The fact is, the state does not have the balls to enforce these laws. The laws would not survive the public outcry and resistance that would occur,” Connecticut Carry Director Ed Peruta said.

The group also said higher-ups in the state, including Undersecretary Michael Lawlor, the upper levels of the State Police, and Gov. Dannel Malloy, have long sought to disarm law-abiding gun owners. 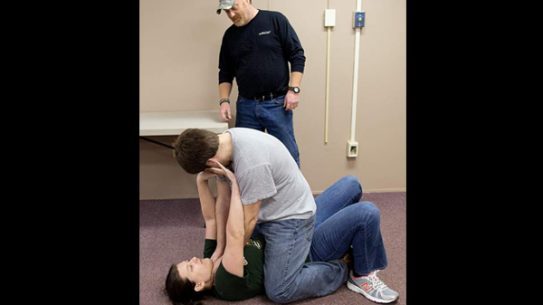 Self-Defense for College Students in SC

A non-profit organization: Connecticut Carry is dedicated to preserving the Second Amendment right to…