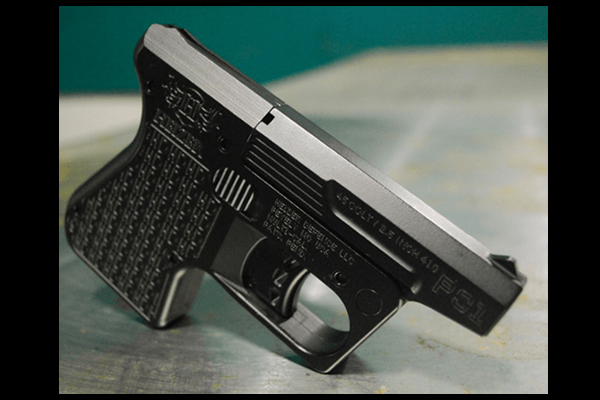 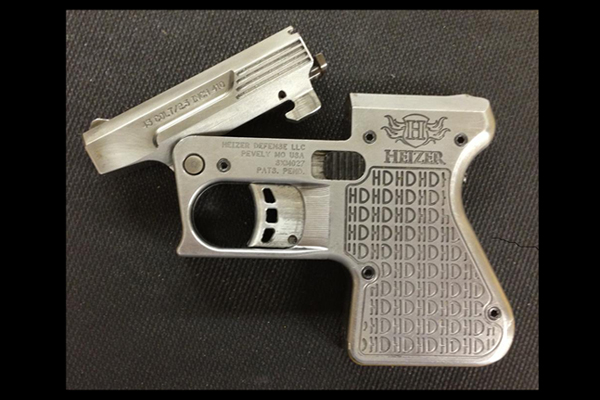 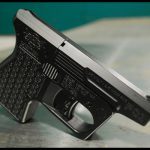 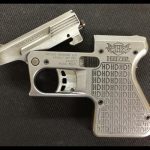 The Heizer Defense PS1, recently introduced and now in full production status, is a single-shot pocket pistol chambered for the .45 Colt cartridge/ .410 bore shotgun shells in a 2.5-inch configuration. Much like the single-barrel, single-shot shotguns of years past, the PS1 has a tip-up barrel that is opened by pushing forward on an ambidextrous barrel latch. With the barrel tipped fully forward on its hinge pin, the extractor lifts the cartridge or shell out of the chamber. Fresh ammunition can then be loaded and the barrel pressed closed, which causes it to automatically lock. There is no hammer to operate, the action is what might be called “trigger-cocking,” and there’s no manual safety. The sights on this gun consist of a fixed notch in the rear and a small triangular blade up front.

For safety there are two small ports in the upper rear area of the barrel that act as a loaded-chamber indicator. In the grip is a compartment that will hold two .45 Colt cartridges. This small pistol is about the size of an iPod and is constructed of aerospace-grade stainless steel. It weighs 21 ounces, has a 3.25-inch barrel, an overall length of 5.94 inches, a height of 3.77 inches and a width of 0.74 inches. It can be had in matte black (Isonite), natural polished stainless, military green, desert sand and several other colors.

Due to the popularity of small .45/410 revolvers, there is a pretty fair variety of .410-bore defensive shotshells, along with .45 Colt loads with expanding bullets. Several ammo producers have combination packs that offer a mix of .45 Colt cartridges and .410 shells. Federal makes an American Eagle .45/410 pack that comes with a 50-round box of .45 Colt 225-grain JSP ammo and a 20-round box of .410 shells loaded with four 000 buckshot pellets. Remington has an Ultimate Defense .45/410 combo pack that in one box contains ten .45s with 230-grain Golden Saber JHP bullets and ten .410 shells with four 000 buckshot pellets in each. Winchester offers in .45 Colt a 225-grain PDX1 JHP and in .410 the PDX1 Defender, which features three “Defense Disk” projectiles plus 12 BB shot.

To find out more about the Heizer Defense PS1 and its effectiveness with .45/.410 ammunition at the range, check out the upcoming COMBAT HANDGUNS feature on newsstands and PersonalDefenseWorld.com. 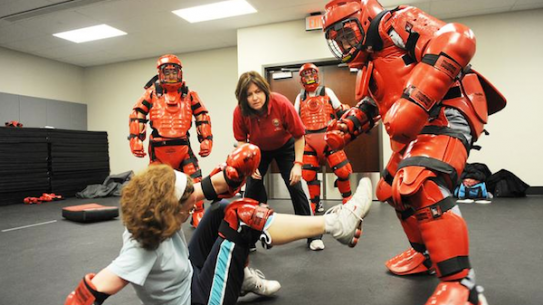 Self-Defense for Women by Hingham Police

The Heizer Defense PS1, recently introduced and now in full production status, is a…