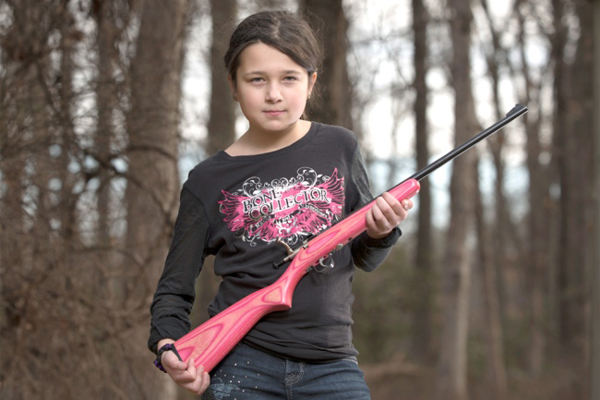 A 9-year old competitive shooter, Shyanne Roberts is a voice that stood out at an Assembly hearing in New Jersey amid the talk of home invaders, Nazis and school shooters.

“I am an example to others that kids and guns don’t always lead to bad things happening,” Shyanne Roberts told the Assembly Law and Public Safety Committee.

“I am not a gangbanger or domestic terrorist,” She testified, speaking to the eight-member committee from a prepared text. It was unclear if she wrote the speech herself.

Dan Roberts, Shyanne’s father joined the fourth-grader who began her testimony by apologizing if she sounded nervous, telling the legislators it was her first time speaking at a committee hearing.

The chamber was quiet as she spoke – without the usual background chatter of attendees and lawmakers – and the largely pro-gun crowd gave her a standing ovation when she finished.

Shyanne and her father, who live in Gloucester County, came to Trenton to speak against a bill that would limit the magazine capacity of firearms to 10 rounds, down from the current 15-round maximum. They and other opponents of the measure said legislation should target criminals without affecting legal gun owners. Similar arguments were made against several other gun-control bills the Legislature passed last year, most of which were ultimately vetoed by Governor Christie.

The bill passed the committee along party lines, 5-3, after more than three hours of testimony.

Shyanne, who has won several national sponsorships, has placed highly in several shooting competitions, including a second-place finish at the New Jersey State Ruger Rimfire Challenge. Her father said she entertains hopes of someday competing in the Olympics. 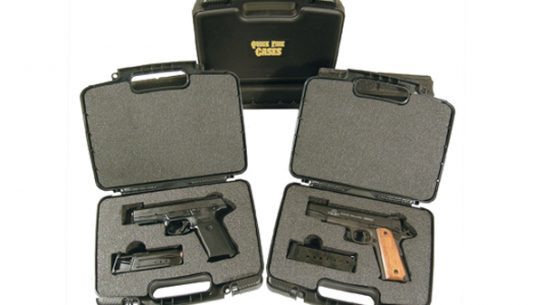