John Jovino’s Gun Shop opened in 1911 (of course) and later sold in 1920 to the Imperato family, who also own Henry Repeating Arms — bustling company.

John Jovino and His Shop

Owning and operating a small business can be difficult which is the nature of the game, and if the people in your area are almost entirely against your product, your business will most likely fail. But that’s not the case for John Jovino Gun Shop. For more than 100 years the store known for its iconic revolver sign has operated in lower Manhattan.

To gun owners, New York is home of the SAFE Act, a draconian set of laws that were rushed passed state lawmakers in the wake of the Sandy Hook shooting by NY Gov. Andrew Cuomo, and New York City has been home turf for the leader of the anti-gun movement former NYC Mayor Michael Bloomberg.

John Jovino caters mostly to police. “Ninety-five percent it’s the cops on the job — federal agents, state agents, city agents” who buy the guns. Mostly Glocks, SIG Sauers and Smith & Wesson pistols. Charlie the store manager added that those with a gun-license can purchase at the shop, but it’s just a lot less frequent. 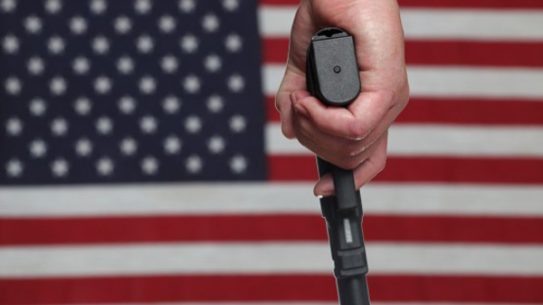