Gun control has been a hot topic in all 50 states post 15 months of the Newton tragedy.

Gun control expert John Hopkins highlights the 15 states which have enacted greater gun control measures during that time, the stark reality is that there has been far more legislation passed which actually loosened restrictions.

The focus from both sides of the fence has been on creating a safer environment in our country, primarily for our children, which accounted for the majority of the victims at Newtown. However, while guns have remained a key player, mental health – at least to some extent – has finally made its way into the conversation as well.

According to the “Updated Evidence and Policy Developments on Reducing Gun Violence in America,” published by John Hopkins, the 15 states and the District of Columbia, which accounts for about 44 percent of the population, created more stringent gun regulations in the past year, resulting in legislation that has expanded background checks, required additional licensing and fingerprinting, as well as made it more difficult for those with a history of violence, including domestic violence, to legally obtain a firearm.

However, while there are few who would argue that keeping firearms out of the hands of violent offenders isn’t a good thing, the report failed to address how the laws would keep dangerous weapons out of the hands of those hell bent on wreaking havoc and willing to break the law in order to do so. 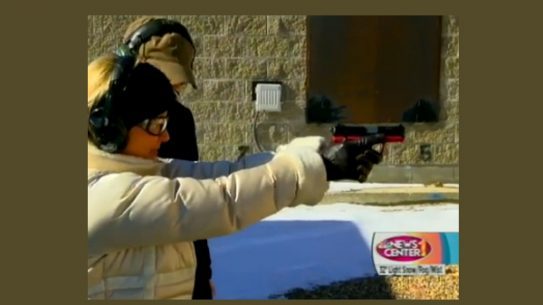