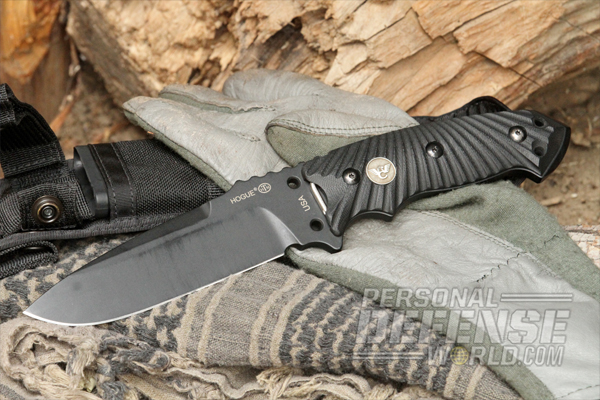 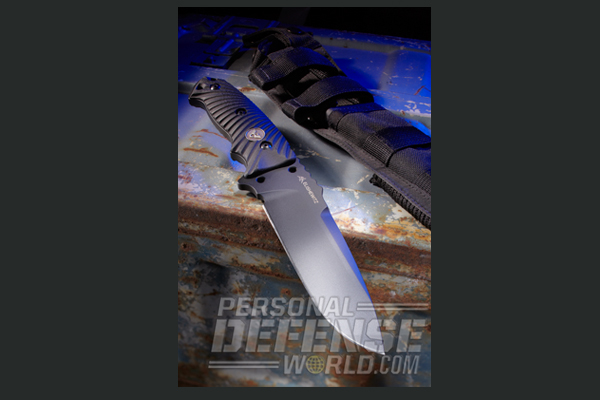 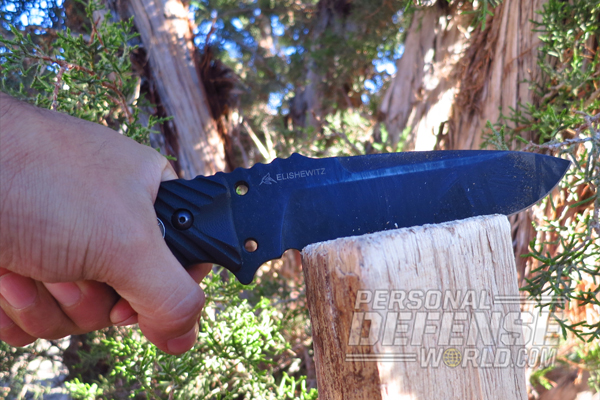 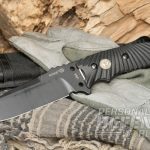 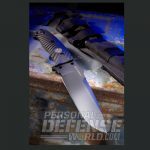 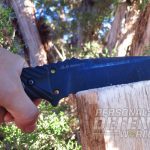 For the July 2014 issue of TACTICAL KNIVES, Rueben Bolieu reviewed the Star-Light Tactical Fighter knife, the result of a recent collaboration between Allen Elishewitz and Wilson Combat. Designed as a knife with tactical and survival capabilities, the Star-Light Tactical Fighter draws its inspiration from Elishewitz’s military experience and martial arts background. “Texas native Allen Elishewitz is considered one of the foremost tactical custom knife-makers in the U.S.,” says Bolieu in his review. “Allen became one of the elite go-to guys in research and development for tactical edged tools at an early age. His experiences as a martial artist and Recon Marine have given him the credentials to build knives with a purpose.”

Throughout his testing, Bolieu was impressed by the 10.5-inch Star-Light Tactical Fighter, which features a 5.5-inch blade and a G10 handle with a starburst pattern for grip. “I could describe this knife in a single word—versatile. The blade shape is a multi-purpose, tactical profile that works equally well as a defensive blade or camp knife.”

During a trip into the Desert, Bolieu tested the Star-Light Tactical’s effectiveness around the campsite, using the tactical/survival blade during his preparation of kindling and firewood. “I started the Star-Light off easy with a trip into the desert on a two-day adventure. It served as the only knife used for cutting up steaks and wood preparation. Whether or not you are a fan of batoning or not, it is a reality that people do it. I think this was considered during the design process, especially when the knife comes with an invitation to use a baton by adding the flat, broad point.”

Bolieu continues, “The chore was effortless, and at no time did I feel shy about using a baton to complete the task. Once the wood was processed small enough, I took it a step further from finger-thick pieces down to pencil thickness, or thinner if I could. With the kindling I made from a few logs, combined with the California Juniper tree bark for tinder, we soon had fire.”

To read the full article, check out the July 2014 issue of TACTICAL KNIVES, available on newsstands March 25, 2014. To subscribe, go to https://www.personaldefenseworld.com/subscribe/tactical-knives/ 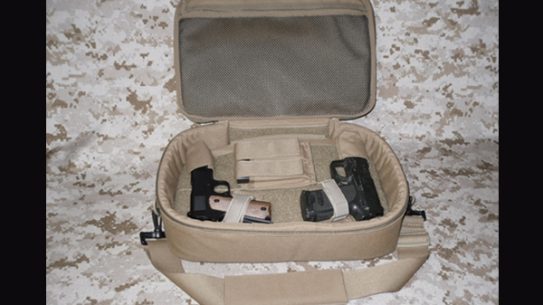 The WRB Ultimate Quad Firearm Case is ideal for the range, transporting and organizing.