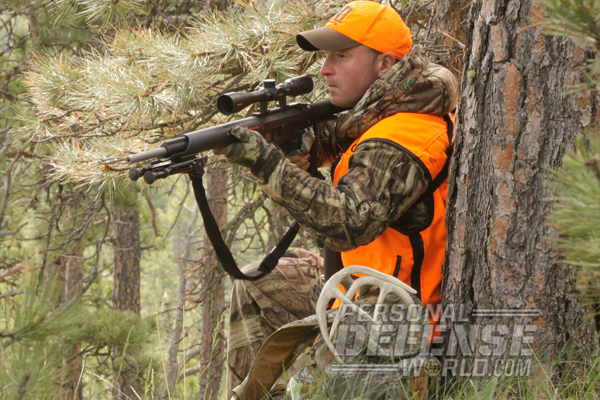 1 of 3
Brush-rifle-lead
The Brush Rifle 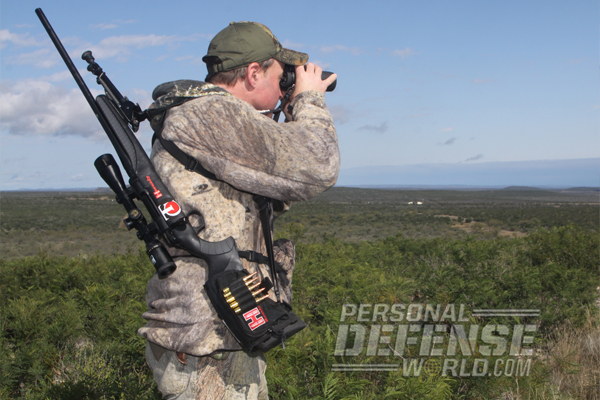 2 of 3
Brush-rifle-hunting-binoculars
The Brush Rifle 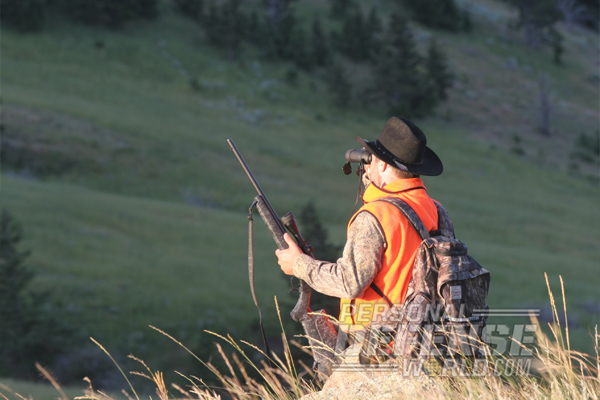 3 of 3
Brush-rifle-hunting
The Brush Rifle 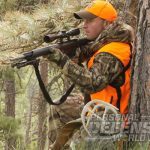 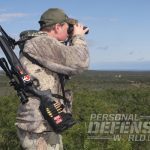 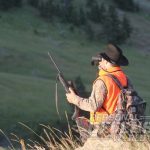 For the 2014 GUN BUYER’S GUIDE, author Mark Kayser examined what features make for the best all-around hunting rifle, one capable of delivering long-range shots but powerful enough to fire through brush. Considering such elements as caliber, action type and optics, Kayser set out to determine which rifle design offers hunters the most versatility in the field. “To deliver a bullet with 1,200 foot-pounds of energy out to 300 yards or beyond, you need a high-velocity caliber, and that means forgoing the smaller favorites,” says Kayser in his discussion of calibers. “Borderline calibers that should likely be shelved include everything  from the .257 Weatherby on down. That takes in the popular .25-06 and the .243 Win. Sure, they’ve accounted for lots of white freezer packages, but with dicey shooting scenarios at longer range these calibers lack adequate energy delivery.”

Kayser then moved on to bullet design in considering which offered the best penetration from variety of distances. “Over the years, it’s been argued that round-nosed bullets versus those with a more spire-point configuration will drive right through brush. That may be so in many instances, but it’s still no guarantee,” says Kayser. “High-sectional-density bullets also have been tested to deflect less, but again it’s not a guarantee. And yes, high-velocity calibers are more likely to deflect and possibly even fragment upon brush impact. The common denominator in all these scenarios is a big ‘maybe.’”

In assessing several rifle designs for versatility, Kayser examined AR-style rifles and bolt-action rifles in depth. “Hardly black any longer, AR-style rifles have combined military-proven technology with refinements for today’s hunter. These semi-automatics now come in camouflage and in a variety of calibers to handle most dual situations,” says Kayser. “Few can argue that the bolt action deserves top consideration for an all-around rifle for brush and open country. Bolt actions are accurate, even more accurate than most single-shots, plus you get multiple shots. They’re dependable and rarely malfunction. They come in an infinite variety of sizes, shapes, calibers and material construction.”

To read the full article on the Brush Rifle, check out the 2014 GUN BUYER’S GUIDE, available on newsstands April 29, 2014. To subscribe, go to personaldefenseworld.com/buyers-guides 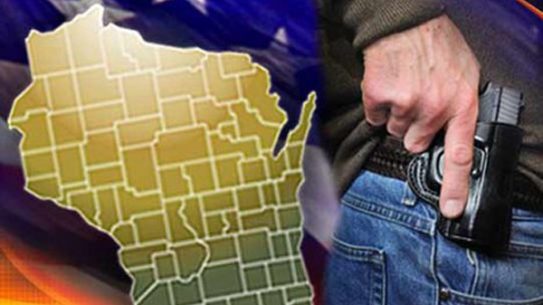 For the 2014 GUN BUYER’S GUIDE, author Mark Kayser examined what features make for…