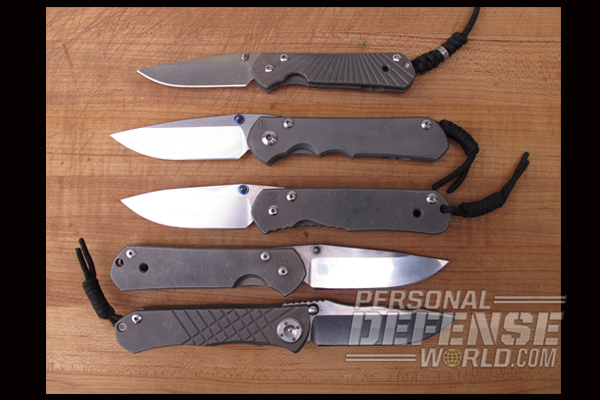 1 of 3
Sebanza-25-folding-knives
At one time or another, author has used practically every generation of Sebenza. Top down, Wilson Combat small Sebenza, the latest 25th version, a standard model from a few years ago, his first left-handed Sebenza and a left handed Umnumzaan, a model closely related to the Sebenza. 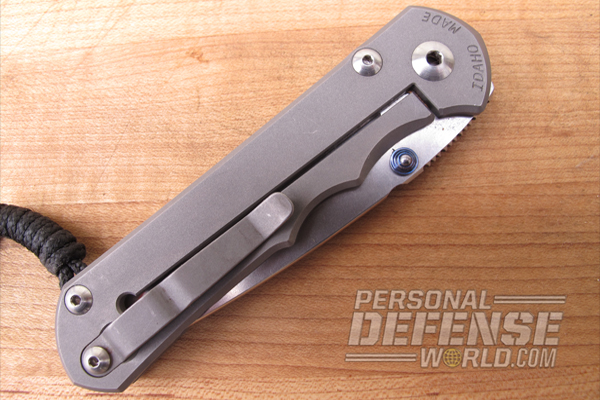 2 of 3
Sebanza-25-folding-knife-closed
The new handle’s finger grooving is subtle but actually very comfortable in use. 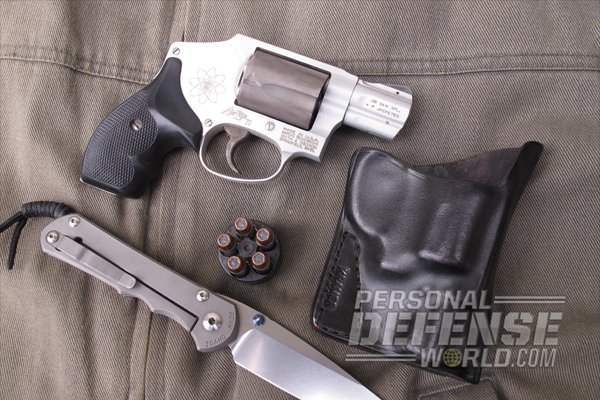 3 of 3
Sebanza-25-folding-knife-gun-holster
While Chris has never promoted the Sebenza as a “tactical” folder, it certainly makes an excellent backup to the author’s S&W J-frame. 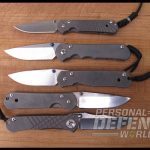 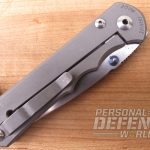 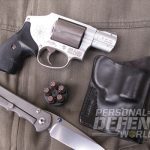 Recently, a cutlery industry executive told me he felt a successful new knife model had an average lifespan of five years before sales fall off to the point where it needs to be discontinued. He then went on to express considerable envy toward the longevity of the Chris Reeve Sebenza folder. In actual fact, the Sebenza just celebrated its 25th year of production. One of the reasons this knife has been so well received is the fact Chris Reeve has never quit striving to improve the design, and his latest anniversary model is absolute proof of this. I’ve been a Sebenza user since purchasing one directly from the maker at the Knifemaker’s Guild Show several years before Tactical Knives actually started publication. I’ve been able to upgrade that knife through many, if not most, of the major changes to the model through the years. I’ve carried both left- and right-hand models, several different steels and the smaller 2.94-inch model during a wide range of outdoor activities and travels. Along with several deer, the knives have field-dressed and cleaned numerous birds, small game and trout for me. The bottom line is, I think I’m as experienced with the model as anyone.

“The blade thickness of the 3.625-inch S35VN stainless blade has been increased to 0.14 inches thick for added strength.”

Of course, one of the primary reasons for bringing this up is the fact I can think of no single knife model that stirs up more controversy among web “experts” than the Sebenza. Not a day goes by that someone doesn’t want to get on his soap box and pronounce that the Sebenza “in his opinion” utilizes the wrong steel alloy, is over-priced, is incorrectly heat treated, ground totally wrong and/or just too plain in appearance for his connoisseur-of-fine-cutlery tastes. After reading the next 39 pages of posts, you come away with the impression that either he has never actually handled the knife, he can’t afford a Sebenza (nothing drives me up the walk like an instant expert, with zero experience in manufacturing or marketing, declaring an item over-priced), or his expectations are based on some kind of fantasy piece he saw in the last Stallone movie. As for the poor materials and construction criticisms, that is usually based on having read the opinions of other web gurus with just as much experience with high-end knives as himself.

DESIGN DETAILS:
Getting back to the latest 25th anniversary version of the Sebenza folding knife, it is time to go through the improvements Chris has made to this classic cutting tool. First, the new wide edge bevels combine the best of hollow and flat grinds for better cutting efficiency. A shaped phosphor bronze washer on the lock side brings additional stability to the blade. The detent is now a 0.125-inch ceramic ball, ensuring the blade stays in place when closed (blade “snappers” may not approve of this, but it is a legal requirement in many areas these days). Large perforations in the washers reduce friction, store more lubricant and offer space for small dirt particles to move away from the interface, thus helping prevent the blade action from becoming “sticky.” All knives come with asymmetrical patterned thumb serrations on a curved ramp for better cutting control. The blade thickness of the 3.625-inch S35VN stainless blade has been increased to 0.14 inches thick for added strength. As with past models, the basic handle frame remains 6A14V titanium with the ultra-strong frame lock that was first pioneered by Chris Reeve over two decades ago. While it has never been a personal concern to me, it should also be pointed out that all Sebenzas can be completely broken down for cleaning. As you can see, many of the changes made to the Sebenza would not be immediately obvious to a casual observer, but you can take it to the bank that Chris was certain all would improve the model. Take the finger grooving on the handle. If you look at the photos you will notice a slow evolution to the current contoured grip frame. Ordinarily, I don’t care much for finger grooves, but the 25th anniversary version quickly proved to be an exception to that rule. This is a very comfortable handle for heavy cutting use! 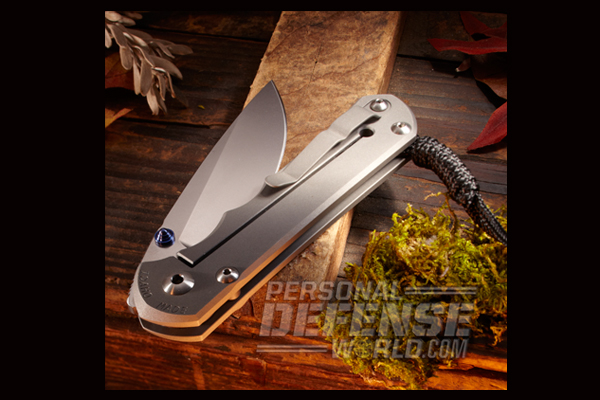 1 of 3
Sebanza-25-folding
While he doesn’t get a lot of credit for it these days, Chris Reeve pioneered the super strong titanium frame lock system. 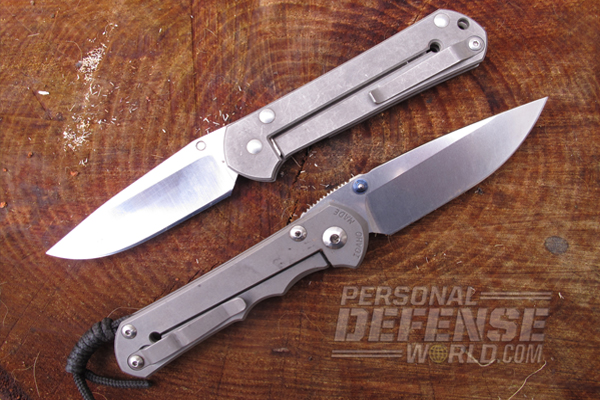 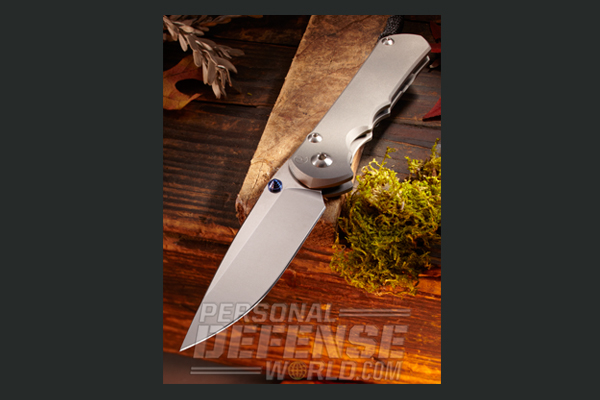 3 of 3
Sebanza-25
If there is one thing you can depend on, it is that Chris Reeve will never stop improving his star design, the Sebenza. 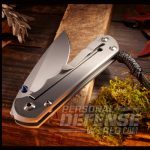 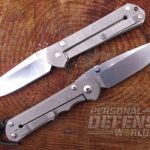 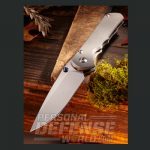 Chris has taken a lot of flak in the past from the armchair experts to the effect that he isn’t using their version of state-of-the-art steel and/or isn’t heat-treating the blade to its highest possible Rockwell. I know Chris doesn’t take changing steels lightly and that after working very closely with his supplier, he feels S35VN is the best alloy currently available for the job. One of my standard knife testing policies is to use every knife until its factory edge quits cutting before trying to resharpen it. In the case of the new Sebenza, that ended up being most of the summer and fall. While writing this article, I checked the edge and found that while it wasn’t uselessly dull, it was starting to show signs of needing a good touch up. Exactly 20 passes to each side over a hard Arkansas stone lubricated with tap water had the knife arm-shaving sharp once again. This procedure probably didn’t take more than two or three minutes. I would have to say S35VN’s edge retention is good enough for any real world use, but no, I didn’t try to baton it through a frozen hemlock knot. And neither should you!

Another standard criticism of the Sebenza is that it is too plain in appearance for the price. Obviously, that is pretty much a matter of personal taste, but the knife is a little Spartan compared to many “tactical” folders on the market. On the plus side, the plain titanium frame will survive years of use with virtually no signs of wear. For those that must have a little more “bling” in their everyday carry, the company does offer both engraved and inlayed handle versions at added cost. The standard 25th anniversary version runs around $445. 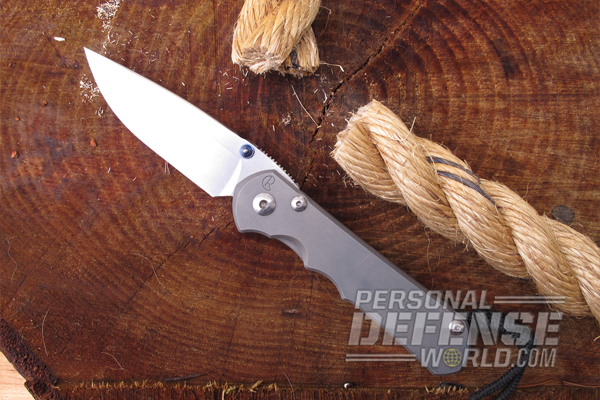 1 of 3
Sebanza-25-folding-knife-efficient
One thing you can always count on with a Chris Reeve knife is that it will cut with extremely efficiently. 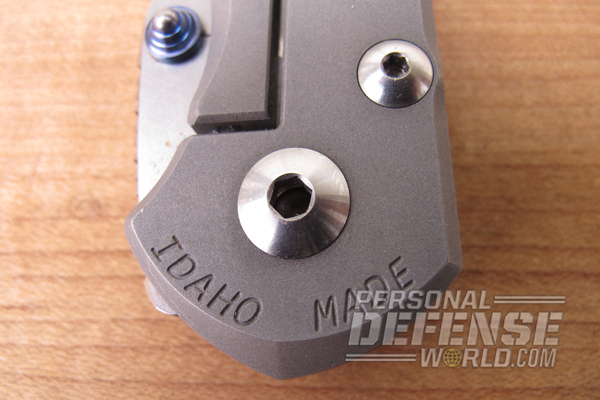 2 of 3
Sebanza-25-folding-knife-mark
hris Reeve proudly marks each of knives with the state they were made in. 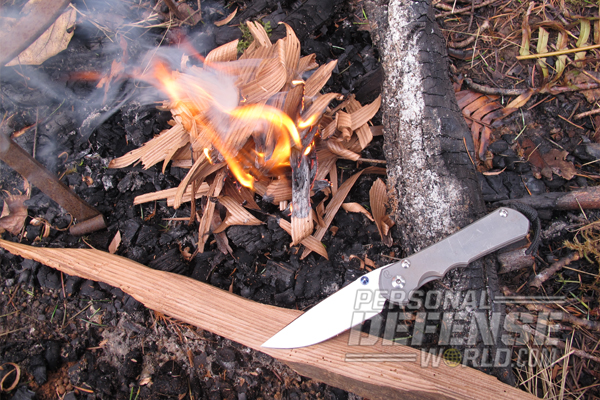 3 of 3
Sebanza-25-folding-knife-work-knife
The Sebenza is a work knife every outdoorsman can count on for real life use out in the backcountry. 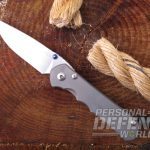 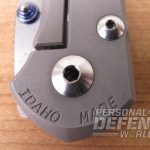 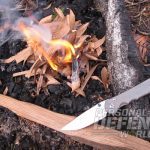 FIELD TEST:
Strangely, the intended function of the Sebenza is also frequently debated. Over the years, I’ve heard many knife-makers complain that if they don’t promote their product as the “Grizzly Adams Rocky Mountain Survival Knife” or “Taliban Sentry Removal Tool Number 4,” their customers can never envision a knife being used for any of these things on their own. (A well-known maker once told me that if he called a knife a “deer hunter special” some customers would say they needed an “elk knife” and walk away. But if he renamed the same knife the “elk hunter special” they would say they needed a deer skinner and still walk away.) To give you my take on the Sebenza, you have a medium-length blade of very utilitarian shape mounted on a handle with one of the strongest locks around. I’ve already pointed out that I have used mine for a wide variety of outdoor chores, including big game on several occasions. While what constitutes “tactical” use is open for endless debate, Chris has never promoted his knife as a weapon. In fact, the very name of this knife means “work.” That said, why anyone would think this folder isn’t capable of potential self-defense use if your back is against the wall is beyond me. While the Sebenza may or may not fit your personal budget, never doubt that this is one of the toughest, hardest working folders on the market. And it is one that never stops improving.

For more information on the Sebenza Knives, visit: http://chrisreeve.com/ 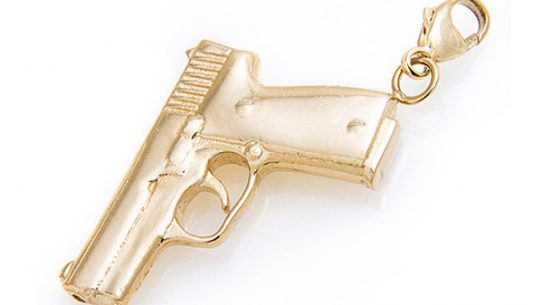