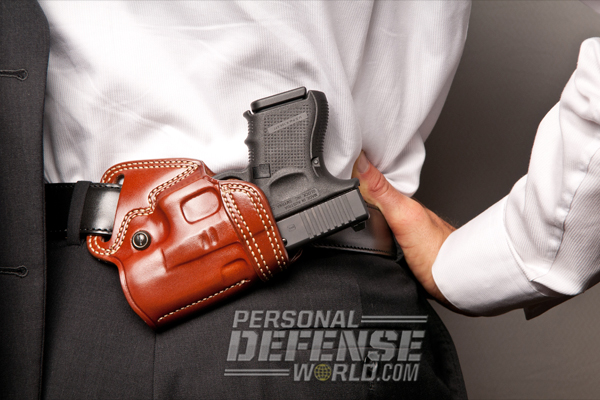 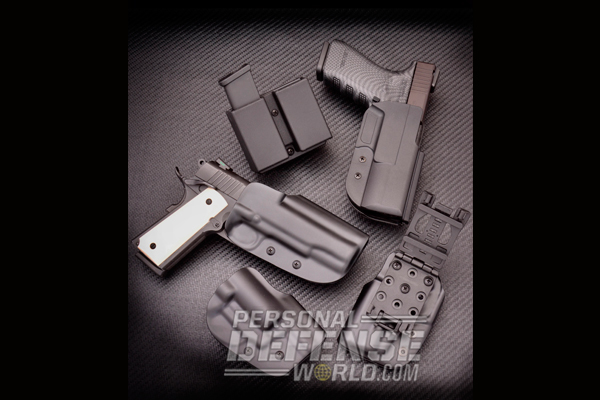 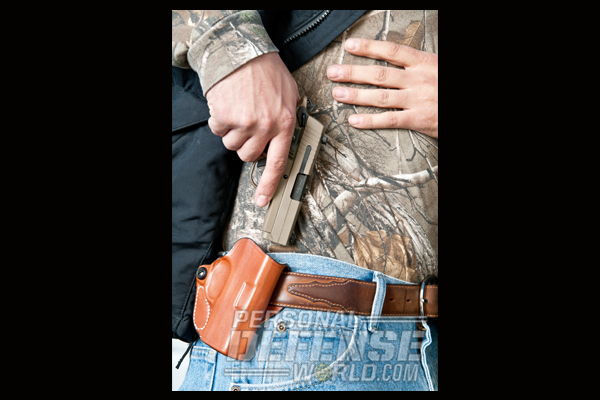 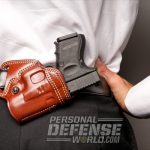 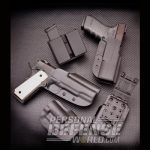 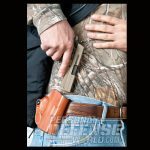 For the “Handgun Hide” column in the August 2014 issue of COMBAT HANDGUNS, self-defense expert Massad Ayoob detailed the pros and cons for a variety of common concealed-carry methods. These carry methods included strong-side hip carry, shoulder carry, and small-of-the-back carry. Starting with strong-side hip carry, Ayoob outlined why this method has remained popular for citizens and law enforcement for so long. “This is the most popular holster configuration by far. For most of the 20th century, it was standard military carry. It has long since become standard police carry as well. Range masters like it because it tends to keep the gun muzzle on a safe downrange axis between holster and target,” says Ayoob. “It’s been my default for most of my life; I started on the strong-side hip as a kid. Every uniform holster I’ve worn as a police officer, from 1972 to now, has been in that location. It was mandated for matches I competed in heavily, such as PPC (Police Pistol Combat) and IDPA (International Defensive Pistol Association) competition.”

CLICK HERE for 11 New Holsters for 2014 | Best for Concealed Carry!

Moving on to shoulder holsters, Ayoob identified the key considerations for this type of carry, including clothing options and its accommodation for heavier handguns. “The shoulder holster is essentially a crossdraw holster worn higher up and suspended on a harness hanging from the shoulders, hence its name,” says Ayoob. “It requires wearing an open-front concealment garment that should be at least partly unfastened to afford quick access. Outdoorsmen have long found it an excellent way to carry a heavy handgun for long periods: weight is taken off the belt, and the coat protects the gun from inclement weather.”

Another method evaluated by Ayoob was small-of-the-back carry, which he likes because of its ambidextrous placement behind the back. “Placing a holster in the small-of-back (SOB) position has been a popular option since the 1950s. A TV detective carrying there would regularly be patted down by bad guys who would miss the gun, something unlikely in real life. Various holster models allow for a straight-up position, a sharp tilt toward the gun hand, or even horizontal carry with the butt pointed straight up.”

To read the full article on Concealed-Carry Holsters, check out the August 2014 issue of COMBAT HANDGUNS, available on newsstands May 6, 2014. To subscribe, go to https://www.personaldefenseworld.com/subscribe/combat-handguns 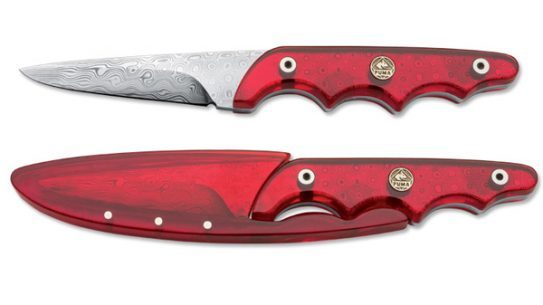