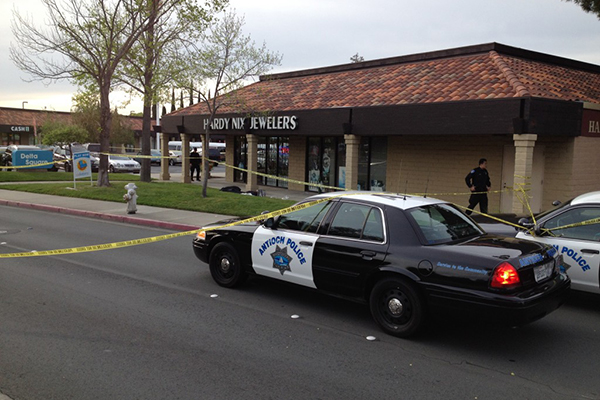 The scene outside of the Hardy Nix Jewelers store after the owner stopped an armed robbery by shooting one of the thieves. (CREDIT: Allen Payton/Antioch Herald)
Comment(s)

An attempted California jewelry store armed robbery ended with one of the would-be thieves dead on April 11 after the store’s owner exchanged fire with the robber.

Acting Captain Robin Kelley of the Antioch Police Investigations Bureau told the Antioch Herald that police responded to the Hardy Nix Jewelers store, located at 3600 Delta Fair Blvd., after learning that shots had been fired.

The first of two robbers had opened fire in the store with the owner returning fire. The Herald reported that the Hardy Nix owner hit the robber with a shot fired and the suspect was later pronounced dead at the scene.

One customer inside the jewelry store was shot during the gunfire exchange between the owner and would-be robber and was sent to the hospital where she was treated for non-life threatening injuries.

According to the Antioch Herald, a second suspect in the robbery fled on foot east bound toward Kaiser. A search for the second suspect yielded no results.

Antioch Police Investigators are currently following up on leads. Anyone with information is asked to call Detective Eric McManus at (925) 779-6940. You may also text a tip to 274637 (CRIMES) using key word ANTIOCH. 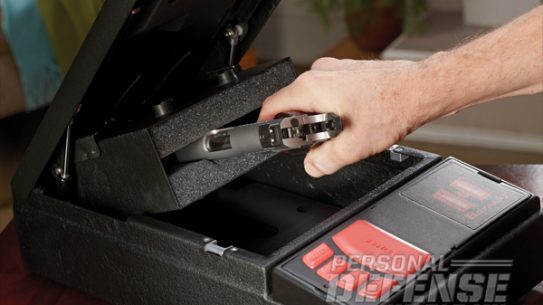