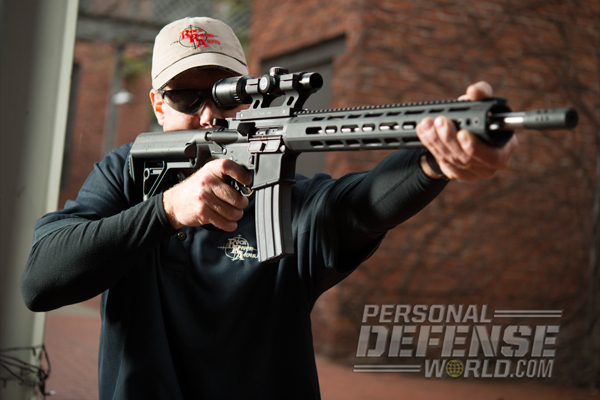 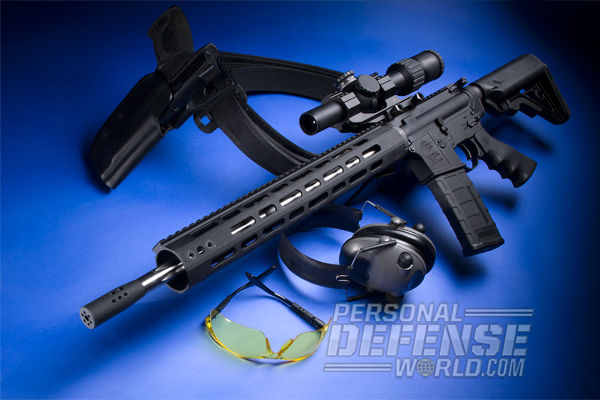 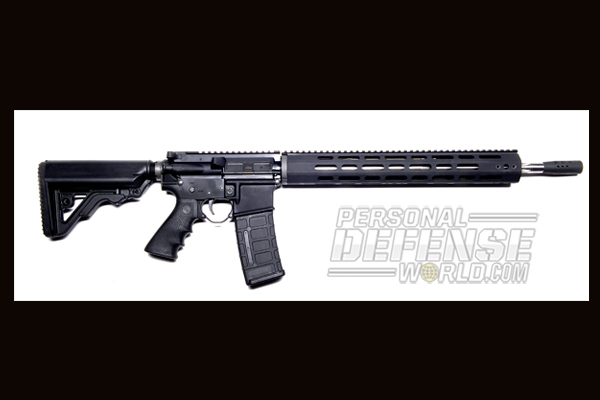 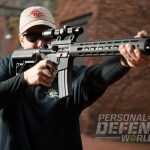 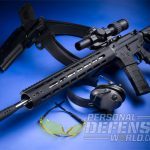 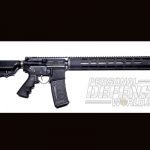 For the 2014 GUN BUYER’S GUIDE, author Doug Larson took a look into the growing popularity of the shooting sport 3-Gun through his review of the Rock River Arms R3 Competition, an AR-style rifle built with a .223 Wylde chamber, which also makes it compatible with 5.56mm ammunition. Early in his examination, Larson understood why the R3 Competition Rifle would appeal to 3-Gun enthusiasts. “It’s basically an AR-15 that is capable of safely firing .223 and 5.56mm NATO cartridges because it has a .223 Wylde chamber,” says Larson. “Many shooters are not familiar with the subtle differences between the 5.56mm NATO round—the cartridge fielded by the U.S. and NATO military—and the .223, which is the commercial version. Although the dimensions of  the two cartridges are nearly identical, there are differences that could cause potential problems in the rifle.”

Built with competition use in mind, Larson went on to examine the specific features of the R3’s design that make it a worthy 3-Gun rifle. “At the end of the barrel, RRA installs a special muzzle brake (or compensator) that has two expansion chambers,” says Larson in his review. “The chamber closest to the muzzle is supposed to reduce the backwash of gas that follows the bullet out of the barrel and can interfere with the projectile’s trajectory, robbing it of its full accuracy potential. The other chamber directs gas upward and to the rear to reduce felt recoil. It’s really a fairly sophisticated compensator and helps to produce faster follow-up shots.”

The R3’s free-floated barrel and handguard design also caught Larson’s eye as he noted the accuracy-enhancing effects of these elements. According to Larson, “…because the handguard has many ventilation holes, plenty of air can get to the barrel to further aid in cooling it while keeping the shooter’s hands from getting burned. The handguard is a full 15 inches long so it extends almost to the end of the barrel. This allows a far-forward grip that is so popular among the competition crowd because it makes for fast transitions from target to target.” 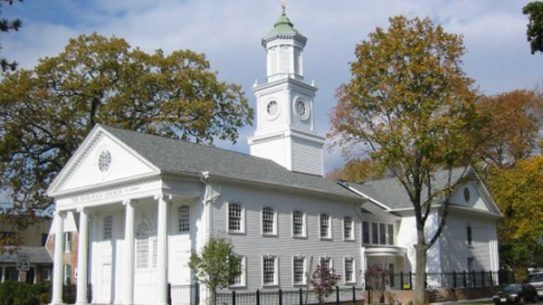 For the 2014 GUN BUYER’S GUIDE, author Doug Larson took a look into the…