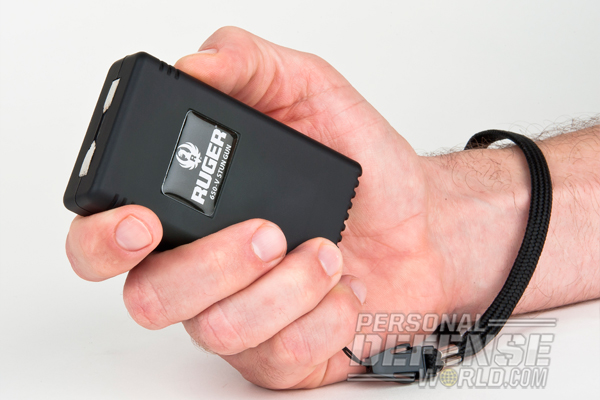 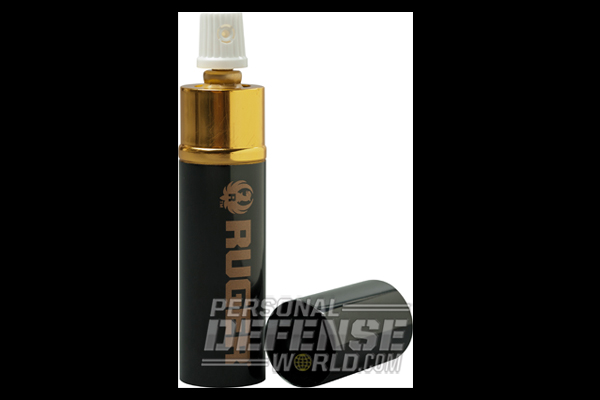 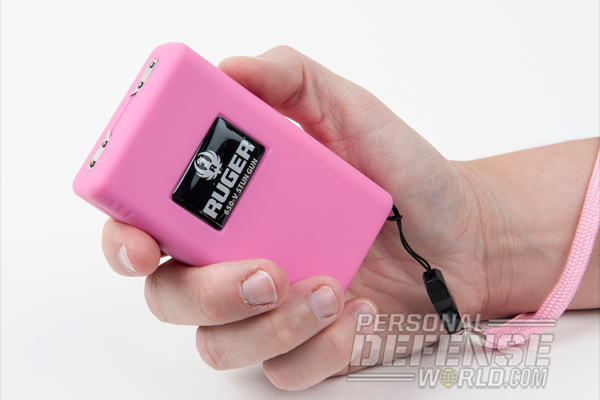 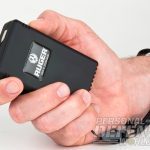 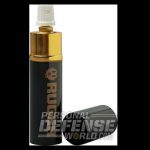 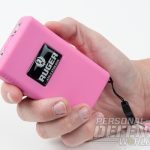 Intrigued by self-defense solutions for those situations when firearms are simply not an option, Megan Amselle reviewed a lineup of Ruger’s less-lethal offerings of pepper sprays and stun guns for the Spring 2014 issue of PERSONAL & HOME DEFENSE.

Starting with peppers sprays under the Ruger Tornado brand, Amselle quickly assessed the strength of several pepper sprays and the versatility of a Ruger-designed quick-action firing mechanism on several of the designs.
“Ruger’s standard model of pepper spray is sold as both the Tornado 3-in-1 and as the Ruger Stealth. This is a law enforcement-strength pepper pray that rates at 2 million Scoville heat units. That’s about a thousand times hotter than Sriracha sauce,” notes Amselle in her review. “These models come in a unique safety holder designed to reduce the chances of accidental discharge. To access the spray, you slide the safety door down and push a release button. The sprayer then pops free in your hand, already in firing position.”

Moving to the company’s stun guns, Amselle reviewed several Ruger designs built to deliver between 650,000 to 1 million volts. While not a long-range weapon, Amselle notes the high level of deterrence offered by such a weapon, allowing the user a greater chance of avoiding the use of deadly force.

“The ultimate Ruger stun gun is the 1MV Flashlight (that’s 1 million volts!). As the name suggests, it is an ultra-bright LED flashlight that also happens to have a built-in stun gun. Its electrodes are pointed…for maximum effectiveness when used on clothing,” notes Amselle in her review. “The Ruger 800V…comes with a wrist strap so it can be carried like one of those collapsible umbrellas, either on your wrist/belt or in a bag. The 800V also features electrodes that are pointed so they can pierce through clothes to reach skin, which is a handy feature when an attacker’s bare skin is out of reach.”

To read the full article, check out the Spring 2014 issue of PERSONAL & HOME DEFENSE, available on newsstands April 15, 2014. To subscribe, go to personaldefenseworld.com/subscribe/personal-home-defense 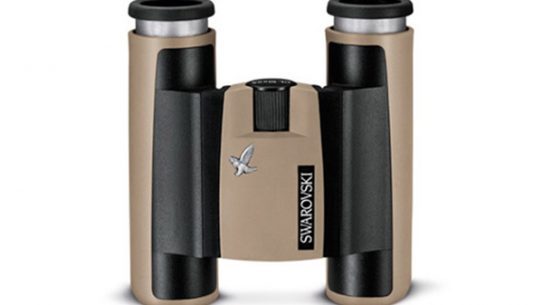