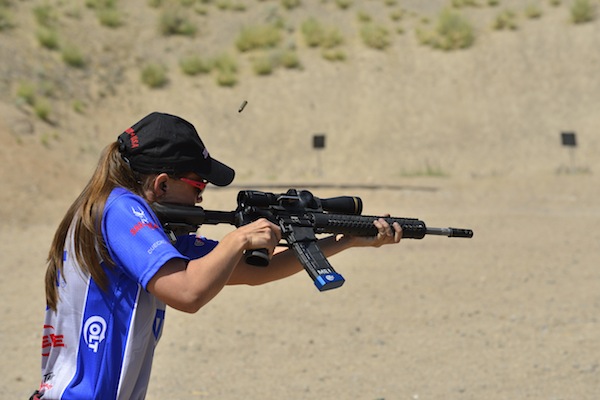 The victory was Reese’s third High Lady at SMM 3-Gun and first since 2010.

“All of us at Colt congratulate Maggie on her outstanding performance at the Superstition Mountain Mystery 3-Gun competition,” said Joyce Rubino, Vice President of Marketing for Colt’s Manufacturing Company. “We are proud to have such a strong and skilled female shooter representing the company.”

Reese used her Colt LE6920 for the rifle portion of the SMM 3-Gun.

“There was a lot of accuracy involved in this particular match,” Reese said. “Having a dependable rifle made all the difference in trusting my shot placement.”

The stages also included distance targets up to 350 yards, along with some unique challenges. One stage had competitors strapped to a chair and tilted at a 90-degree angle to shoot.

“Shooting sideways was a fun experience,” Reese said. “Body placement was so important for this stage, along with being comfortable with your rifle. The SMM 3-Gun is a competition I’ve gone to since the start of my shooting career and it’s always a pleasure to go back.”

Reese also turned in strong performances at her first two competitions this season. At the Western States Single Stack in early March she won Third Lady. A couple of weeks later, Reese placed sixth on the Lady Tour at the 3-Gun Nation Pro Series Event No. 1.

Up next for Reese is the 3-Gun Nation Pro Series Event No.2 on April 12 at the U.S. Shooting Academy in Tulsa, Okla., followed by the USPSA Multi-Gun Nationals onApril 16 at the Desert Sportsman Rifle and Pistol Club in Las Vegas, Nev.

To follow all the action of Reese’s competitions, along with the other members of Team Colt, please visit Facebook.com/ColtFirearms. 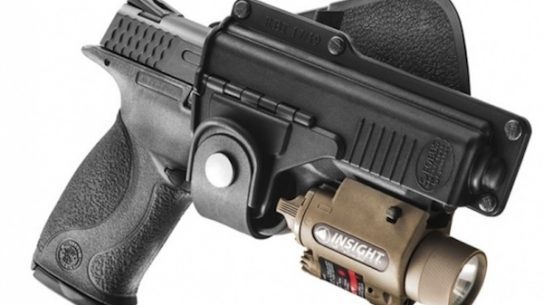 The new Fobus RBT Series Holster allows for a natural draw without impeding the...