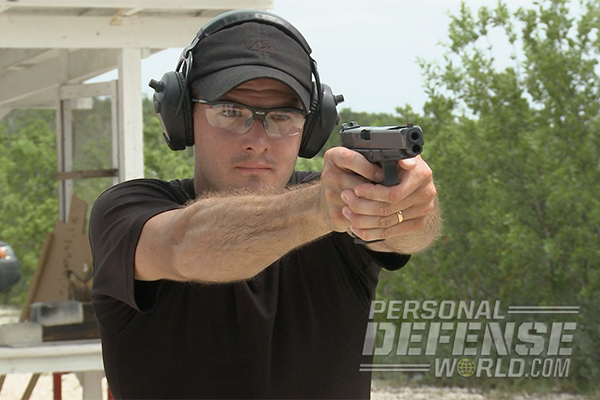 Robert Vogel was raised on a farm in rural Ohio, where guns and shooting were a part of life, and where Robert learned early to shoot and hunt with rifles, shotguns and handguns. At 15, he decided to become a police officer, joining the police academy after high school. While at the academy, he discovered competitive shooting, launching a career that, as of this writing, has resulted in two World and 16 National Championships across three Practical/Combat shooting disciplines.

“For eight and a half years,” Robert told us, “I served as a full-time street cop. During most of that tenure I was a part of the agency’s SWAT team and was also one of their firearms instructors. In May of 2012, I left full time as the demands of my shooting/instructing career were taking over. So far, I couldn’t be happier with that decision.”

What was the first handgun you ever fired? What age were you?

I believe it was my grandfather’s old Walther P38 9mm, and I think I was 5 or 6. I remember my dad helping me get a grip on it, and then shooting at some cans back in our cow pasture. The memory is a little foggy, but it’s still there.

How did you get into competitive shooting?

I discovered IDPA competition when I was 19 and in the police academy. I read about it in a magazine and decided to try it out. I found the closest club, which was still an hour away, and just showed up at their monthly match. Since I was by myself and pretty sure I was supposed to be 21, I was ready to lie about my age.

How often do you shoot?

It varies. On a busy week I might be on the range four or five days, other times maybe only once. I will say this, though, in the last 10 to 12 years, I don’t think I’ve ever gone more than two weeks without shooting.

What’s your favorite style of shooting?

I call it “practical” shooting, which encompasses USPSA, IPSC and IDPA. These sports I believe do the best job of balancing accuracy, power and speed, which are crucial if you’re trying to keep things real. The shooting in these disciplines is very much the same as the shooting required in most law enforcement training.

What is your favorite pistol?

I’ve shot Glocks exclusively for about eight years now and probably have close to 20. I don’t have a favorite, as they all have their purposes, but I do really enjoy shooting Limited [class] with my long-slide Glock 24.

What is your favorite chambering?

Depending on the competition, I compete with a 9mm, a .40 and sometimes a .45 ACP. For real-life carry purposes I often carry a Glock 35 in .40. Personally, I don’t think it matters much with the right ammunition. I’m also a hunter, and have shot and killed many animals, big and small, with Glocks. I don’t think it makes a lot of difference when you’re talking about these three calibers.

What is your favorite type of holster?

Well, I’m sponsored by Safariland, and they really do make some great holsters. I’ve been using their Model 5189 holster for several years now with great success. It holds the pistol at the right angle and doesn’t interfere with getting a consistent grip on the pistol while it’s still in the holster. I also think the ALS system for duty holsters is the best out there.

The very first match I ever went to when I was 19. I had never competed against anyone else, other than friends and family. I had no idea where I would stack up. There were about 20 people there, but I was put on the beginner squad and didn’t get to see some of the better shooters. They emailed the results a few days later and I saw I had won High Overall by about 10 to 12 seconds, beating several “Experts.” I was floored! From that moment on I never let up.

Do you think that competitive shooting has applications for those who want to train for self-defense purposes with their handgun?

Of course it does. Whether you’re talking about competitive shooting (USPSA, IDPA), law enforcement applications or even concealed carry/self-defense shooting, they all have this in common—you are taking a real handgun and trying to shoot at, and actually hit, a human-sized target as fast as you can hit it under a variety of different circumstances. I don’t care which of those three you’re most interested in, when it comes down to the shooting that is the goal!

There are those, of course, who put down competitive shooting, but it usually seems to be out of convenience, for those people most often fall into one of two categories: either they have very limited experience in it or there are not very good … or both.

How often do you dry fire?

In one form or another, just about every day. For sheer skill building I feel it has no equal. For every live round that I actually fire, I probably mimic that round eight to 10 times in dry fire. It is human nature to fear loud explosions going off in front of our faces, and therefore flinching or jerking the trigger, especially during rapid fire, is all too common. We need to train our bodies not to do this in an environment where we are very aware of what is going on. This is where dry fire comes into play.

Do you have any advice for aspiring shooters?

The best advice I can give them is to face their fears. Nothing great will ever happen inside your comfort zone. If you have the fortitude to continually make yourself do things that you are nervous of doing, you will expand your comfort zone and achieve things most people will not. Don’t be a spectator—be a doer! 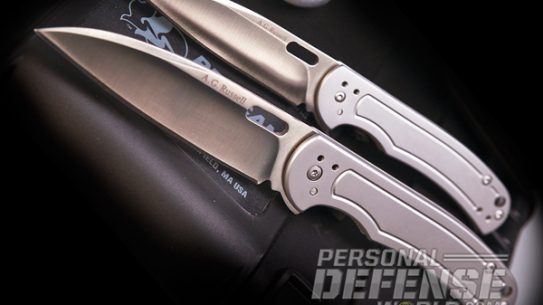