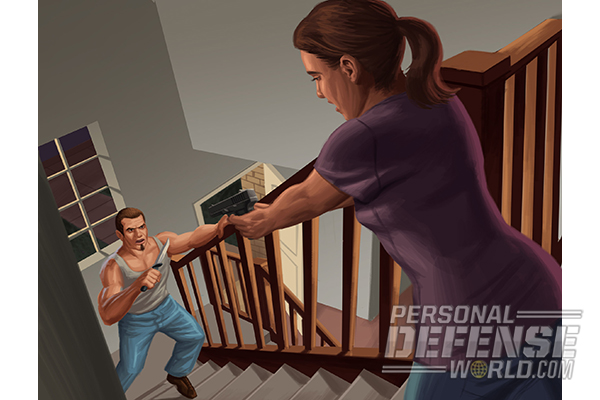 As the knife-wielding intruder grimly climbed the stairs, the would-be victim raised her Glock and fired, defending her life and those of her children.
Comment(s)

I was home one night while my husband worked the late shift. We lived in a good area, but I’ve always been concerned about safety, as I’m usually alone at night. We’ve always tried to keep that fact quiet, so no one knew. On one night, I had put my children to bed and was in my bedroom watching TV. Everything made it seem like it was a normal night. But that was about to change.

While watching a show, I heard a sound and initially just chalked it up to something on the TV. I figured my imagination was just getting the best of me and did not want to overreact. However, as I continued to listen, the hairs on the back of my neck stood up as I realized the sound was coming from downstairs. It was still relatively early, so I knew it wasn’t my husband because he rarely got home early.

To give some background, after we first got married, my husband insisted I learn to use a gun. He kept it pretty simple, and I settled on learning to use a Glock 9mm and keeping it in the house for me. I thought it handled well, was easy to use, and I could shoot very well with it on the range. In fact, he insisted we go to the range with it at least once a month so I remained familiar with it.

When the sounds emanating from downstairs continued, I quickly went and got my Glock and proceeded to quietly check the kids’ room to ensure that they were safe. They were my first and foremost concern. I had my phone and realized then that I should call for help, but, prior to my calling 911, I peeked my head out of the bedroom door and looked down the steps to the first floor. What I saw terrified me—I noticed an intruder standing at the bottom of the stairs.

The moment was frozen in time as I noticed a knife in his hand; it seemed to last longer than it probably did. I suddenly felt like I was in cement as fear overtook me. I knew we were all in danger but couldn’t get my mind or body moving to respond. What finally broke the stalemate was when the intruder started climbing the stairs quickly. As he climbed, I’m not sure what happened, but, in an almost out-of-body experience, my arm holding the pistol raised up. I aimed the pistol and pulled the trigger.

The investigation afterwards showed that I pulled the trigger six times. The next thing I recall was the intruder falling backwards down the stairs and crashing onto the bottom floor. I called 911, and within minutes the police and ambulance were there. They later told me that the intruder didn’t make it and that he had a prior history of burglaries and rape. Had I not had my pistol, I may have been another victim, and my children would have been placed in extreme danger. — EN,PA

On a hot summer day, on my way home from work, I stopped for gas at a small station in Nashville, Tenn. As I was pumping gas, I noticed a man on a bike on the other side of the road staring at me intently. When traffic cleared, he clumsily peddled the bicycle across the road and nearly fell off of it as he approached the gas pump where I was parked. I looked at the disheveled and apparently drunk man, and said, “Are you ok?” He just sort of looked at me and said, “Yeah, do you have any money you could give me?” I usually only carry a debit card, but, being a charitable person, I answered, “I have a ton of change in my cup holder.”  “That will work.” the man said.

Thinking nothing was up, I sat down in my car and started digging change out of the cup holder. Most of it was pennies, but there was a fair amount of silver change. All of the sudden he was right there in my car door. I held out the hand full of change and said, “Sorry man, this is all I have.” He eyed the handful of change and asked “What, that’s it? I can’t buy anything with that.” Once again I stated that what was in my hand was all I had. He looked at the change again and said in a menacing voice “There’s an ATM in that store, why don’t you go in there and get me some money?” That’s when I thought to myself, “OK, the dynamic has changed.” I looked at him and said, “This is all I have and I’m not going inside to get you any money. Take it or leave it.”

My free hand was on my 1911, which was tucked between the driver’s seat and the center console of the car, and I knew he couldn’t see it because of the way I was sitting in the car. He narrowed his eyes and scowled at me and reached inside his jacket. As this happened, he said “Look boy, you’re gonna …” but before he could finish his sentence I had my pistol out and pointed at his chest. I said to him “Back up real slow and get away from me.” Startled, he quickly backed off, got on his bike and peddled away as fast as he could manage. I kept my hand on my pistol and my eyes on him closely until he was a few hundred yards away. I then put my holster on my belt, holstered the pistol, and went inside to alert the cashier. My hands were shaking from the adrenaline high. “You know, that guy has been bothering the customers here all week,” the cashier told me. I replied, “Maybe he’ll think twice before he does that again.” I thanked the cashier, got in my car and drove home, thankful that I had my pistol to protect myself. — RT, TN 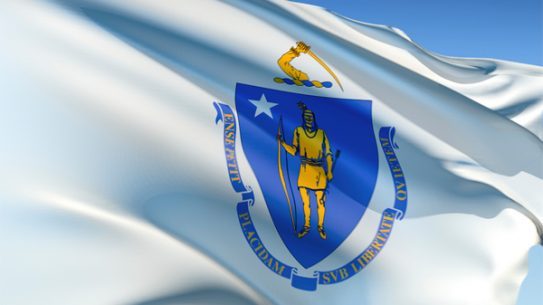 Nighttime Intruder I was home one night while my husband worked the late shift.…