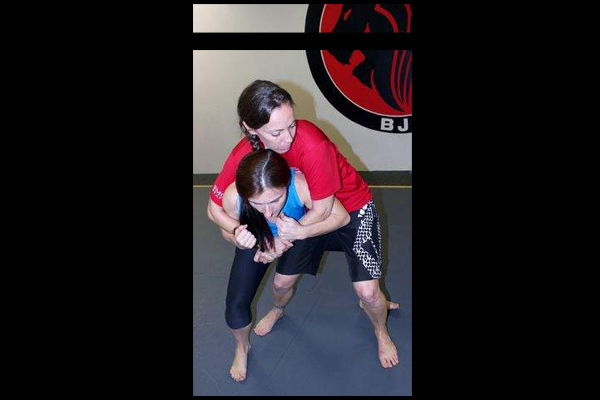 A women’s only self-defense class was offered at Pride Lands Brazilian Jiu Jitsu in Clarks Summit on May 21st. The class was aimed at teaching women how to move their bodies in ways “they never thought they could,” black belt instructor Jason Ratchford said.

One worst-case scenario for a woman is to be in imminent danger at the hands of an attacker who is stronger, heavier or taller. Emma Hivner, 14, and Sarah Stevens, 36, were among a group of 10 women who attended the first women’s only self-defense class. The class was aimed at teaching women how to move their bodies in ways “they never thought they could,” black belt instructor Jason Ratchford said.

Hivner and Stevens have been practicing Jiu Jitsu for a few months and know their way around the mat. “It gives me a lot of self-confidence because not a lot of girls can say they come down to the gym to train with the guys,” Hivner said. “It’s also self-motivating. For girls, it teaches you to stand up for yourself.” In three months of training, Hivnerhas learned wrestling moves, submissions, choke holds and arm bars. Stevens, who is a blue belt, believes self-defense classes provides a certain kind of strength for women.

Pride Lands BJJ Academy is headed by brothers Jason and Matthew Ratchford, both black belts under the Legendary Alison “Jucao” Brites, according to the academy’s web site. Brazilian Jiu Jitsu has its roots in the Japanese Jiu-Jitsu of the late 19th and early 20th centuries and found its way to Brazil in 1910, when Mitsuyo Maeda, a Japanese Jiu Jitsu and Judo expert immigrated to the country. There he became friends with Gastao Gracie, an influential businessman who helped Maeda get established. 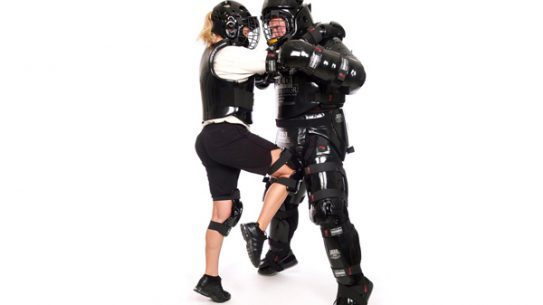