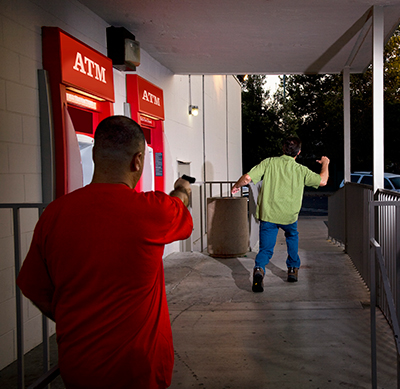 As a general rule, once a criminal attacker has broken off his assault and is fleeing, the right to use deadly force against him has fled as well. At the same time, today’s laws can be read as allowing rare exceptions to this rule — but the operative word here is RARE!

The advice generally given in concealed carry and home-defense classes is simply, “Don’t shoot fleeing felons.” It is, by and large, excellent advice. Even if the suspect running away is carrying off the family treasure, it is understood in this country (and underscored in the Garner decision) that human life holds a higher value than “mere property,” even if it is the life of a criminal balanced against the Hope Diamond.

Here are seven real-life cases — from the days of Theodore Roosevelt to today — that show the different consequences of firing a weapon in different circumstances.

Looking down the list of American presidents, which one fatally shot a man in the back? The answer is Theodore Roosevelt. It happened at the Battle of San Juan Hill during the Spanish-American War.

Roosevelt himself later wrote, “Two Spaniards leaped from the trenches and fired at us, not 10 yards away. As they turned to run I closed in and fired twice, missing the first and killing the second. My revolver was from the sunken battleship Maine, and had been given me by my brother-in-law, Captain W. S. Cowles, of the Navy.”

Far from being excoriated for the act, Roosevelt was lauded for his valor, riding the victory all the way to the White House and later being awarded the Medal of Honor. The 1892 model double-action .38 Long Colt he used to kill the Spaniard is on display today, in the custody of the National Park Service.

The shooting took place on the battlefield. The man Roosevelt killed was an armed enemy who had just attempted to kill him and his men. The Spanish soldier was still a danger to other Americans. Under the circumstances, it was Roosevelt’s duty to neutralize him.

The European theater in World War II. The most decorated American soldier of that conflict was Audie Murphy, said to have killed some 240 German soldiers over the course of many battles. The incident that seemed to trouble him most was one in which he shot his enemy counterparts in the back as they fled from him. He rationalized that if they escaped unmolested, they would later kill his fellow Americans. And he was absolutely correct: those are the wartime rules of engagement.

However, wartime rules of engagement do not apply to the use of deadly force within the United States.

There was a time when U.S. police officers in some jurisdictions were allowed to use deadly force to stop any felony suspect who was fleeing from them and could not be captured by other, lesser means. That ethos was profoundly impacted by Tennessee v. Garner, as decided by the U.S. Supreme Court in 1985.

It stemmed from a 1974 incident in Memphis in which city police officers were chasing a 15-year-old thief who was running from a home he had burglarized. As Edward Garner attempted to climb a chain-link fence during the foot pursuit, a police bullet struck him in the back of the head, killing him.  He had at no time actively endangered the officers; his only resistance had been flight. The use of deadly force to stop fleeing felons was allowed by Tennessee statute at the time. The Memphis PD ruled the shooting justifiable, and a grand jury returned no true bill on the officer who discharged the fatal bullet. Nonetheless, young Garner’s family filed suit.

It took 11 years for the case to wend its way to America’s highest court. In the majority decision, the opinion read in part, “The Tennessee statute is unconstitutional insofar as it authorizes the use of deadly force against, as in this case, an apparently unarmed, non-dangerous fleeing suspect; such force may not be used unless necessary to prevent the escape, and the officer has probable cause to believe that the suspect poses a significant threat of death or serious physical injury to the officer or others.”

The decision also said, “While burglary is a serious crime, the officer in this case could not reasonably have believed that the suspect — young, slight, and unarmed — posed any threat. Nor does the fact that an unarmed suspect has broken into a dwelling at night automatically mean he is dangerous.” The decision also noted that the use of deadly force on fleeing felons dated back to a time when most felonies were punishable by death, a time long past.

As a result of the Garner decision, most police departments adjusted their policy to allow their personnel to use deadly force to stop fleeing felons ONLY in situations where the individual’s continued freedom obviously constituted a clear and present danger to innocent human life. Later, in 2006, came the very controversial case in which U.S. Border Patrol Agents Jose Alonso Compean and Ignacio Ramos were tried, convicted and sent to prison for shooting a fleeing drug dealer in the buttocks, even though Ramos testified that he believed the man was turning on him with a gun. 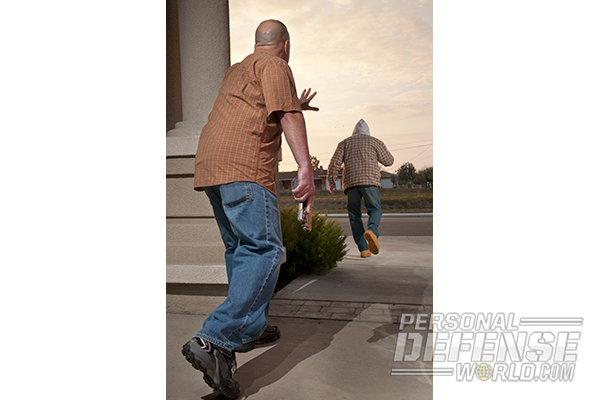 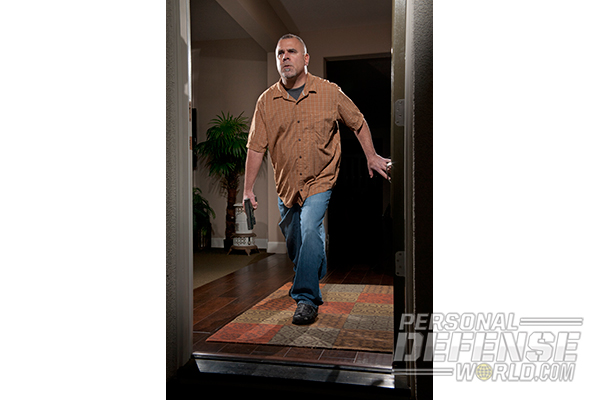 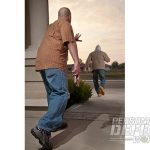 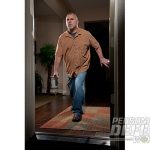 While Garner was an officer-involved shooting (OIS) case, there can be no doubt that the tenor of the Supreme Court’s decision in the matter will be applied by trial courts in cases of private citizens shooting criminals to stop their flight when they are fleeing the scene, as opposed to shooting to end a clear threat to innocent human life and limb.

In 2009, the grand jury in a case refused to indict a store clerk in Waukegan, Ill., after the clerk killed a robber. The 20-year-old robber was pedaling away on a bicycle when the clerk shot him in the back. Apparently, the grand jury thought the clerk reasonably believed himself to still be in danger from the gun the criminal had threatened him with, which turned out to be a pellet pistol. That particular grand jury was apparently in a very forgiving mood. Their refusal to indict raised many eyebrows in the criminal justice system. 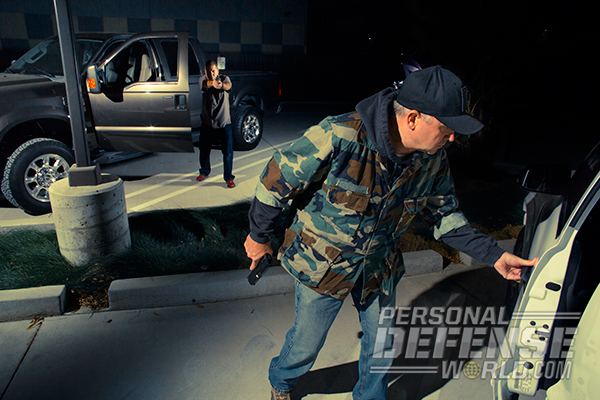 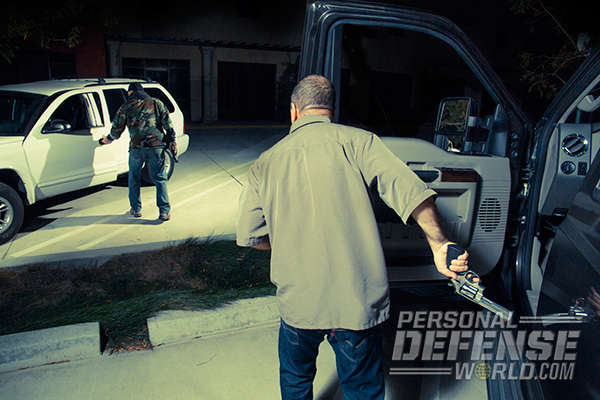 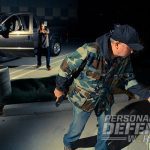 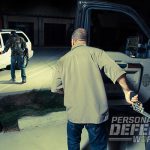 This case took place in a Western state some years ago. A man shot and killed his wife in front of many witnesses in a shopping plaza, then got into his car to escape. A citizen who had witnessed the murder had a Ruger Redhawk .44 Magnum hunting revolver in his car, and he used it to shoot and kill the gunman who was attempting to drive away. A grand jury cleared him in the shooting.

In the spring of 2013, Station KHQ News reported that a Spokane, Wash., man would be charged with manslaughter in the shooting death of a fleeing thief who had stolen his car. The station announced, “Prosecutor Steve Tucker said [the defendant] will be charged with first-degree manslaughter because investigators cannot prove there was a motive or intent to kill. First-degree manslaughter is based on recklessness. Prosecutors say that [the defendant] was not in danger when he fired the shot. A person needs to have fear of imminent danger that something bad is going to happen before you are legally permitted to use deadly force.” That case is still pending at this writing.

Let caution be your guide. Situations in which it is justifiable to shoot a fleeing felon are extremely rare. Deadly force should always be a last resort. In most cases, a felon fleeing the scene of the crime does not qualify for a bullet in the back. 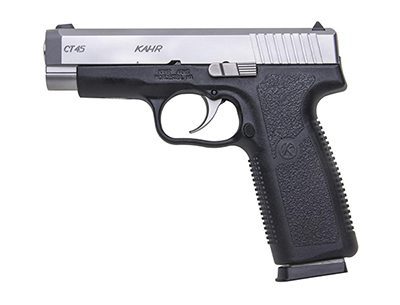 The Kahr Arms CT Series was developed to be more affordable and will cater...