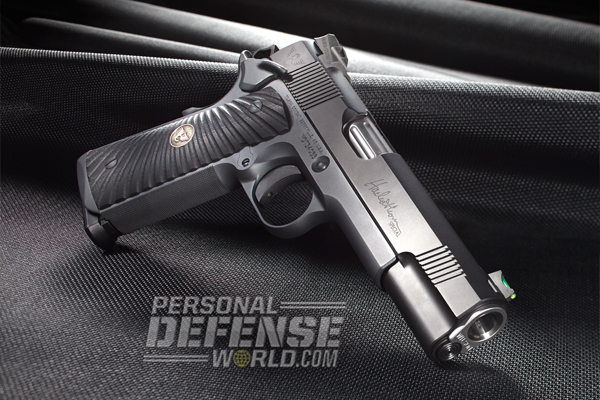 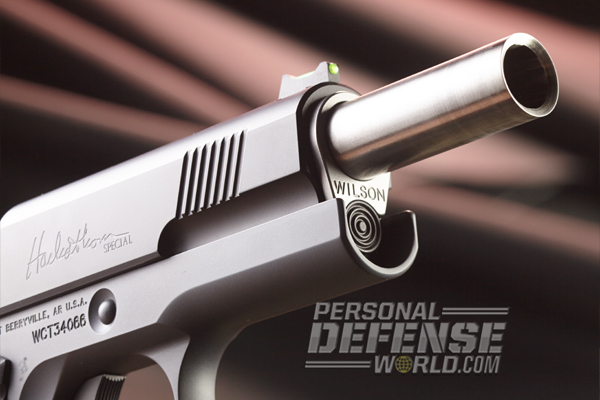 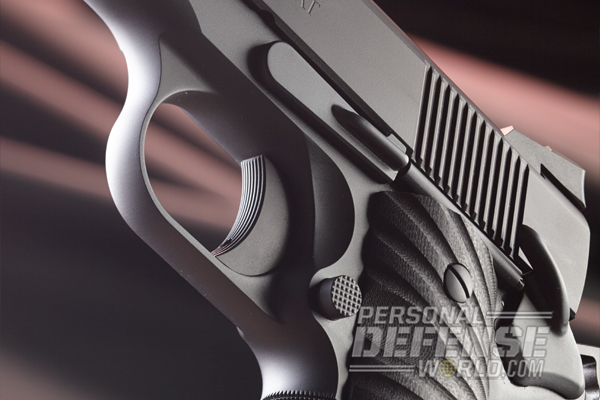 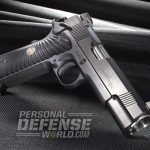 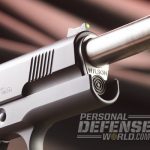 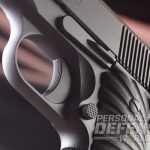 For the August 2014 issue of COMBAT HANDGUNS, author D.K. Pridgen evaluated Wilson Combat’s newest 1911 offering—the custom-grade Hackathorn Special in .45 ACP. Built to the specifications of legendary firearms trainer Ken Hackathorn, the Hackathorn Special’s pedigree immediately sets it apart from other 1911 models. “Few trainers are more knowledgeable about the 1911 than Ken Hackathorn,” says Pridgen in his review. “Perhaps those years of training folks and Ken’s knowledge and affection for the 1911 platform led Wilson Combat to offer a 1911 bearing his name—a 1911 designed with every feature Ken likes and thinks you need on a serious pistol.”

Moving on to the Hackathorn Special’s design, Pridgen notes how Wilson Combat has utilized its well-known history with the 1911 platform (Click Here for the Wilson Combat’s Hackathorn Special 1911 | .45 ACP Handgun) to create a truly handcrafted pistol. “The Hackathorn Special starts with Wilson Combat’s carbon steel full-size frame and 5-inch slide. Both are CNC-machined and then fitted, shaped and contoured at the hands of a Wilson pistolsmith. That same pistolsmith fits a 5-inch, stainless, match-grade barrel and bushing, adding a flush cut reverse crown to the muzzle,” says Pridgen. “From this starting point nothing but the best parts—Wilson Combat Bullet Proof parts—are added and fitted by the gunsmiths, to comply with all of Ken’s design parameters. ”

At the range, Pridgen put the Hackathorn Special through a series of drills to assess its accuracy and tactical handling. “All of the drills fired were accomplished with no problems from the Hackathorn Special. Even throwing in magazines from a number of other companies could not get this pistol to choke. Then I moved to the accuracy portion of the evaluation,” says Pridgen. “Of all the 25-yard groups I fired from the Wilson Hackathorn Special, the largest was a still miniscule 1.30 inches wide, which is a great group, especially from a dedicated combat pistol.”

To read the full article, check out the August 2014 issue of COMBAT HANDGUNS, available on newsstands May 6, 2014. To subscribe, go to https://www.personaldefenseworld.com/subscribe/Combat Handguns 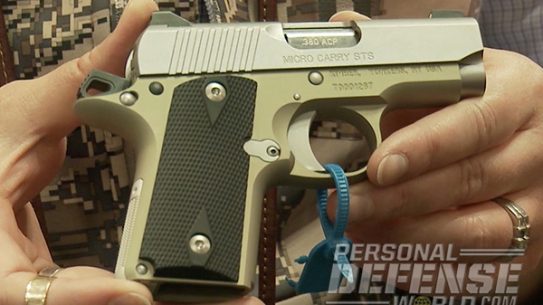 Kimber Micro .380 Series Gets ‘All’ Out of Small

The Kimber Micro Series operates like a 1911, making it one of the best...