On June 6-8, Remington hosted the annual Classic High-Power Regional at Reade Range located in central Pennsylvania. This year’s three-day event included the participation of military and civilian high-peer rifle teams from all over the eastern United States, the press release said.

This year’s event was unique to previous years, in that the match was combined with the Pennsylvania State Service Rifle Championship due to the earlier scheduling of the 2014 U.S. National Matches at Camp Perry, Ohio.

In the Excellence in Competition (EIC) match, LCPL Pennington USMC, took top honors and was the match winner with the service rifle firing a score of 490-18x in the NRA National Match Course (NMC) event.

In the NRA 800 Aggregate championship, Team Remington member Mark Laramie bested the field and was the match rifle winner and overall champion with a score of 788-32x. His victory was of a slim margin over Nate Guernsey of Team Remington who fired a 788-29x.

In the NRA Four Man Team (NMC) competition, high winds provided a grim competitive task for all, especially at the final 600 yard stages of the match. Team Remington was the overall winner and match rifle team champions with a score of 1940-68x. 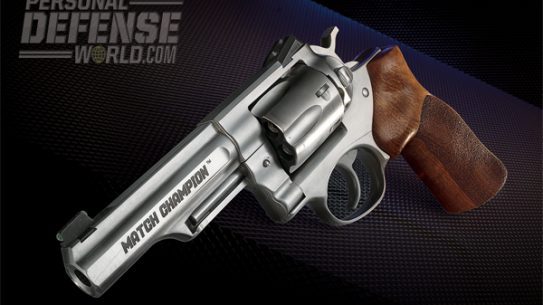