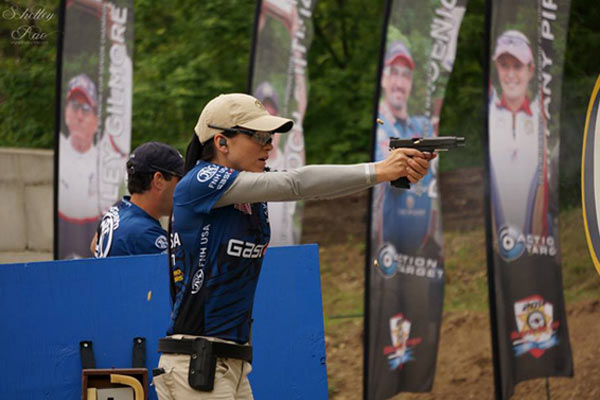 For the second year in a row, Brooke Sevigny has won the Ladies Metallic National Title at the 2014 35th Anniversary MidwayUSA & NRA Bianchi Cup National Championship, which was held at the Green Valley Rifle & Pistol Club in Columbia, MO on May 21st – 24th, 2014. Her husband, Dave Sevigny, placed third overall in the Production division while shooting a perfect score on the Falling Plate Event. Just one week earlier, Dave won the 2014 World Action Pistol Championship in the Production Division.

“Repeating as Ladies Metallic Champion was exciting,” Brooke said in a press release. “The learning experience as a shooter and association with my fellow competitors is even more valuable. We look forward to next season at the Bianchi Cup.”

The famous MidwayUSA & NRA Bianchi Cup National Championship hosts shooters from countries all over the world, including Australia, Austria, Barbados, Canada, Germany, Italy, Japan, Netherlands, New Zealand and the United States. The action pistol match is comprised of four fixed-time courses of fire to test the skills of competitors. Each stage of the 2014 Bianchi Cup has 48 rounds for a total of 192 rounds.

According to the press release, the Sevigny Performance Team is next scheduled to compete at the Speed on Steel 2014 Northeast Regional Championship, which will be held in Old Bridge, NJ June 1st, 2014. 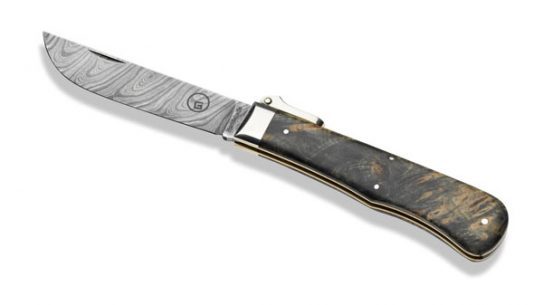 The Meteorite Damascus Pocket Knife is made from made from high quality 320-layer torsion...