The state of California has seen a dramatic spike in the number of concealed carry permit applications thus far in 2014.

According to Breitbart News, the amount of applications for CCW permits during the first half of this year is equal to the total number of permits issued throughout 2013.

The increase in demand can be attributed to a recent decision by the U.S. Ninth Circuit Court to loosen concealed carry restrictions by striking down the “good cause” requirement. When Orange County Sheriff Sandra Hutchens complied with the court’s decision, her county experienced a stunning surge in concealed carry applications.

Breitbart News points to an article in the Orange County Register, which states that the demand for concealed carry permits is only increasing as time goes on.

“In the four months since [the] policy shift [after the Ninth Circuit’s decision], 5,448 Orange County residents have initiated the application process–nearly 10 times the number of local concealed -weapon permit applications from all of last year,” the article states.

While the demand is there, however, the pace at which Orange County is issuing permits remains the same, Breitbart said. 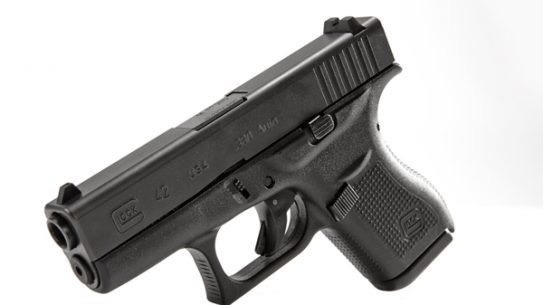 A survey of the top 12 compact handgun designs, both new and old, from...