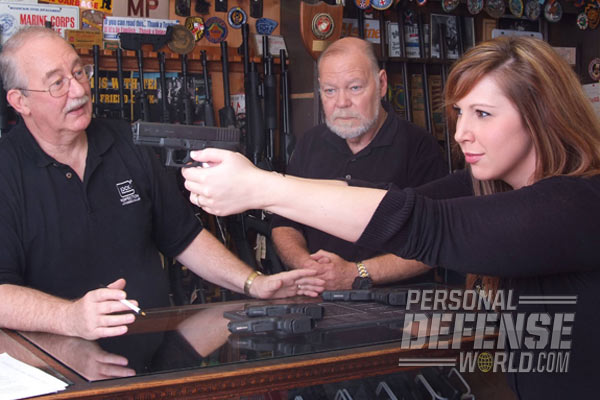 1 of 6
What’s-Right-for-You–Choosing-the-Right-Gun-to-Protect-Yourself-1
The right gun is a personal choice. It’s important to take the time to find the rifle, shotgun or handgun that best suits your needs and abilities. 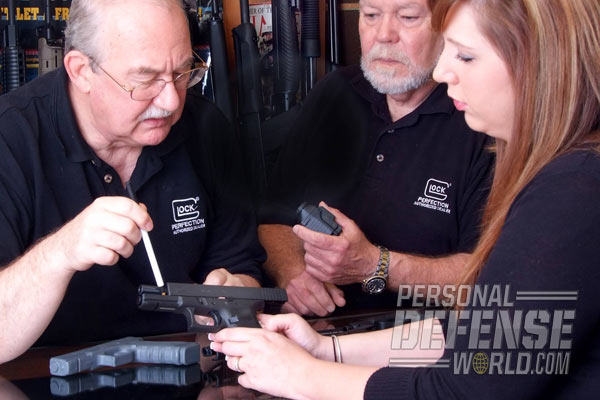 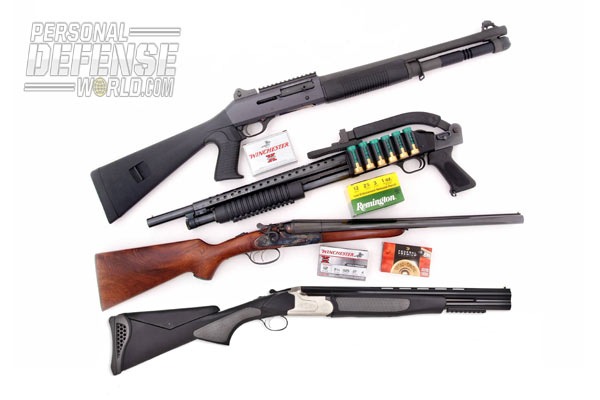 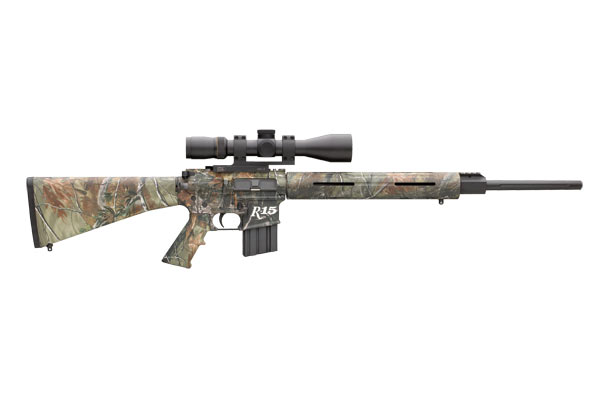 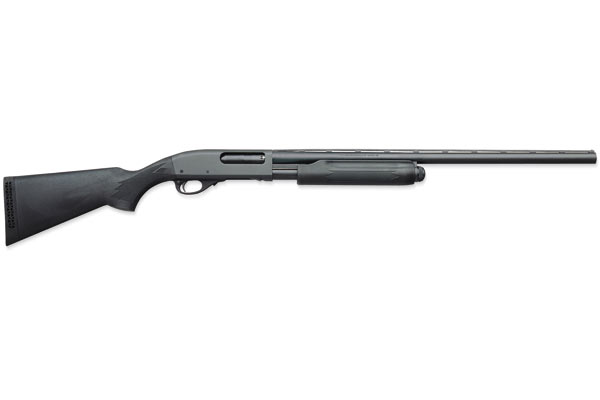 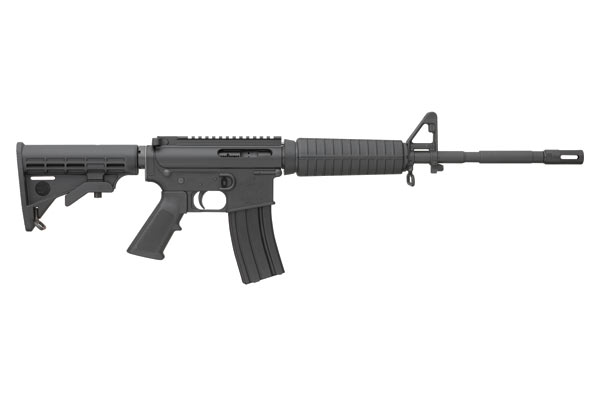 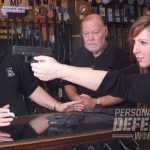 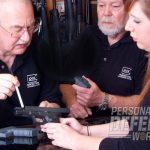 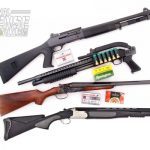 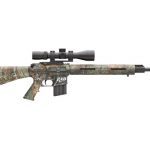 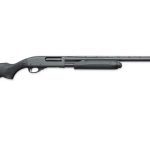 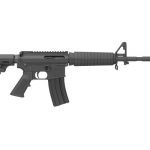 The “right of the people to keep and bear Arms, shall not be infringed.” When that line, taken from the Second Amendment of the Constitution of the United States, was first authored in 1789, there were three choices a citizen had in bearing arms: a rifle, a handgun or a shotgun. Two hundred and twenty-five years later, the choices are still the same! Only styling, operation and capacity have changed.

As far back as the early 19th century a shotgun was preferable to most folks because it required less accuracy and was ideal for bird and small-game hunting—or dinner, as it was known back in the day. A rifle was suited to larger game and could also do a credible job of fending off predators, whether on four paws or two feet. A handgun was reserved more for personal protection at close range, and for ease of carry. Thus, aside from modern manufacturing techniques, ignition systems (firing mechanisms) and capacity, little has really changed in the fundamentals.

For personal defense, the shotgun is still king. There are five basic types. The first is the rudimentary single-shot single-barrel, which makes a good youth gun, game-getter, training piece and survival gun. The second is the side-by-side, which dates back to the early 1800s. The next variation is also an old one, the superposed over/under preferred for bird hunting and shooting sports. Late 19th century technology also brought about pump-action and semi-auto shotguns, both initially for shooting sports and hunting.

If you have never handled a shotgun, less is more because you’ll get simple operation, ease of familiarity, choices in gauge—very important—and a good price. Side-by-side and over/under shotguns are the easiest to handle, upkeep is simple, and aside from capacity (two rounds) give up nothing in terms of accuracy or effectiveness compared to other shotguns.

The tried-and-true backup for law enforcement officers has long been the slide-action or pump shotgun. These have simple, straightforward designs and, while requiring proper training, are easy to master. More importantly, there are versions chambered in both 12 gauge and the easier-to-handle 20 gauge. A pump shotgun is very reliable, and depending upon barrel length, it can also be used for hunting and sport shooting.

Semi-auto shotguns eliminate the job of manually working the slide to eject a spent shell case and chamber a new round, but are generally more expensive, require more upkeep and are usually purpose-built for hunting/sport shooting, home defense or law enforcement. There is less middle ground here, but there are excellent choices.

Rifles follow the same basics as shotguns; there are different types of actions—bolt action, semi-auto, lever action and more—all with multiple round capacities. There are also single-shot target and sport rifles. Most hunters are familiar with bolt-action rifles, and these remain the most practical for all-around use. For home defense, a semi-auto is preferable, as they can be dedicated designs with shorter barrels (easier to maneuver indoors), have interchangeable magazines, and can be easily equipped with special optics, flashlights and laser sighting devices to ensure accuracy and as close to absolute target acquisition and recognition as possible before firing.

A lever-action rifle is another staple, as it can be used for sport shooting, hunting and home defense. Carbines offer shorter barrel lengths, and lever actions are available in a wide range of calibers, from .22 to .45-70. Like the old double-barrel shotgun, lever guns are timeless.

When it comes to handguns, the first consideration is how much gun you can handle. Find the gun you can operate the most efficiently and in a caliber you can consistently and accurately fire. Start with a small caliber like .38 Special or .380 ACP and work your way up. Most people will find that their comfort zone is .38 Special +P in a short-barreled revolver, or 9mm in a subcompact semi-auto. For daily carry, subcompacts are generally preferred for their narrower frames and higher capacity, usually seven rounds compared to five in a small revolver. A semi-auto is easier to reload, and a spare magazine is easier to carry.

Revolvers tend to be favored by individuals who have had prior experience with them and find their ease of use more desirable. For home protection, revolvers have also long been favored for ease of handling under highly stressful situations. Both revolvers and semi-autos can be equipped with laser sights, which provide an unparalleled advantage, as a direct view of the weapon’s sights is not necessary—a definite plus in the dark or under low-light conditions.

The right gun is a personal choice, and taking the time to find the rifle, shotgun or handgun that best suits your needs and abilities is time well invested before you invest. 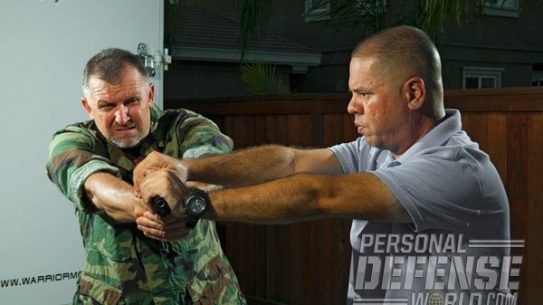 Tips and Tactics for Neutralizing an Active Shooter

Lifesaving tips and tactics to neutralize an active shooter in a “gun free” zone. 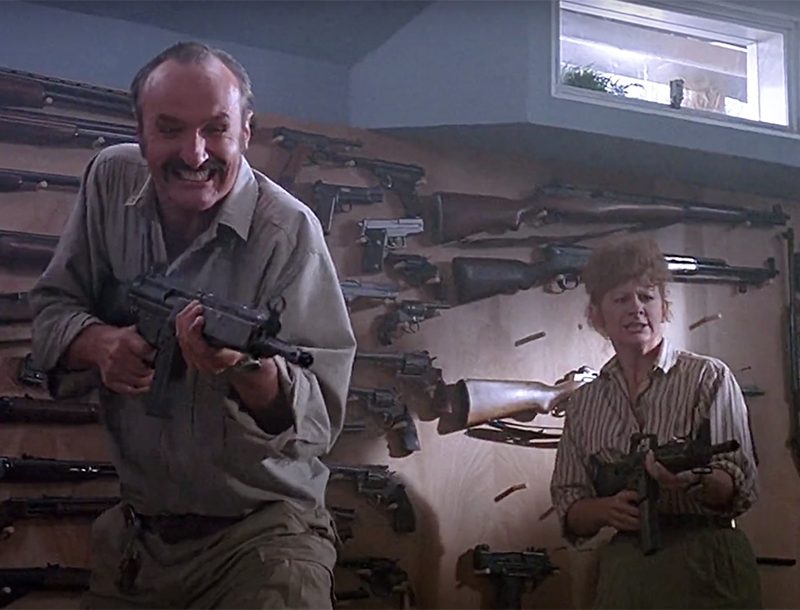 WATCH: Burt Gummer From ‘Tremors’ Had the Best Movie Gun...