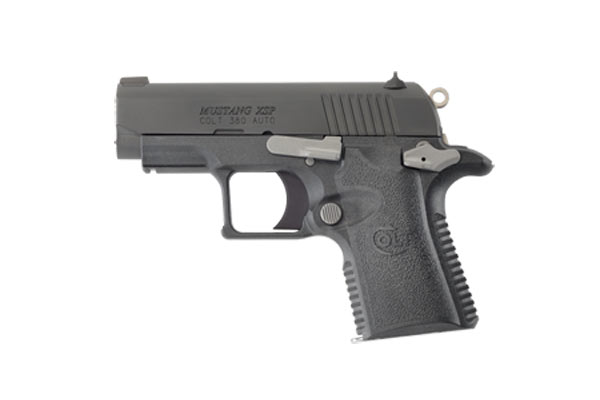 Handgun sales are on the rise, especially compact pistols which can be easily concealed for self-defense.

According to CNN, Smith & Wesson’s handgun sales increased by almost a third at the end of last year, while Colt Manufacturing sold 12 times as many handguns earlier this year as it did in 2013. The company is looking to bolster its handgun production by 50 percent.

The reasons for the increase are two-fold: concerns about self-defense and the country’s gun laws.

“[New buyers] are people who have never touched a gun before and want to get into shooting,” said Ben Shim, a gun industry analyst for CRT Capital and a NRA instructor.

As CNN reports, events like last week’s mass shooting in California and the Sandy Hook tragedy in Newtown, Conn. often result in an increase firearms purchases.

Compact handgun sales are increasing at double the rate of handguns overall, CRT said. This is the reason that Colt recently introduced their .380 Mustang for personal protection.

“This is a hot category,” said Shim, who also cited Smith & Wesson’s Bodyguard .380 pistol, which has a weight of less than 12 ounces and a barrel which is shorter than three inches. “These are pistols that you can literally put in your pocket and they won’t bulge out or make your pants drop. If someone jumps you, you can shoot through your coat pocket.”

The number of concealed-carry permits has skyrocketed in Washington state, especially among women.