Being knocked down and cornered, the victim is at a position of serious disadvantage, heightening his vulnerability to harm and sometimes warranting an armed response.

You are only allowed to use the deadly force of a defensive firearm to protect yourself or another innocent person from criminally inflicted death or great bodily harm. One element of that situation is that the opponent(s) must have the ability to kill or cripple you or other victims whom you have the right to protect. That ability is most obvious when it takes the form of a weapon: a gun, a knife or a blunt instrument of some kind wielded in a threatening manner.

However, the ability to kill or cripple may take the form of some physical advantage the opponent has over you (or some physical disadvantage on your side of the conflict) that tilts the odds so greatly to his side that his continued assault is likely to kill or maim. Such a situation is known as a “disparity of force.” Disparity of force can take many forms. Let’s look at how that works.

A male violently attacking a female is generally seen as a disparity of force, as the male is generally much larger and stronger, and it’s understood that men in our society are more adapted toward aggressive physical contact than women. In Case One, Florida v. Mary Hopkin, the frail 63-year-old defendant was attacked by a 200-plus-pound, 43-year-old common law husband who had long abused her. She fired three shots from a .22 revolver as fast as she could pull the trigger. He began to turn away as she brought the gun up, and by the time she realized she could stop shooting, he had taken one hit in the front, a second in the side and the third in the back. The prosecutor’s office saw it as an unarmed man shot in the back by an angry significant other and charged her. Mark Seiden brilliantly orchestrated the defense. I spoke for her as an expert witness. The jury understood and acquitted her after two hours of deliberation. 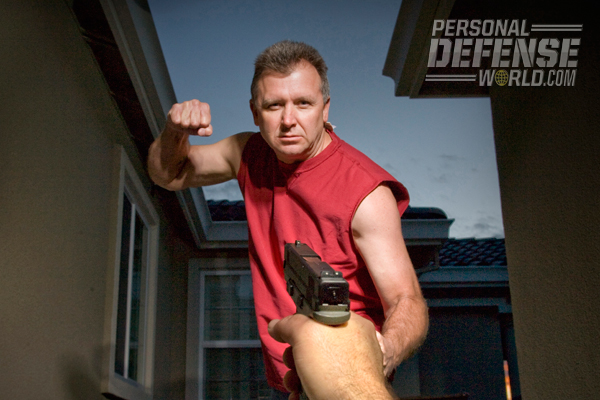 If your ostensibly unarmed attacker has you in a position where you can’t effectively fight back or escape and is beating or choking you, you’re up against a disparity of force element called “position of disadvantage.” In the summer of 2013, America watched the televised trial in Case Two, Florida v. George Zimmerman. Evidence showed that Trayvon Martin had Zimmerman down and was banging his head into a concrete sidewalk when Zimmerman stopped the attack with a single fatal shot from his Kel-Tec PF-9 pistol. The able defense team of Mark O’Mara and Don West established this through eyewitness testimony and through expert witnesses Dr. Vincent DiMaio and Dennis Root. This reality overrode the state’s assertion of that Martin was murdered needlessly, and the jury found Zimmerman not guilty on all charges. 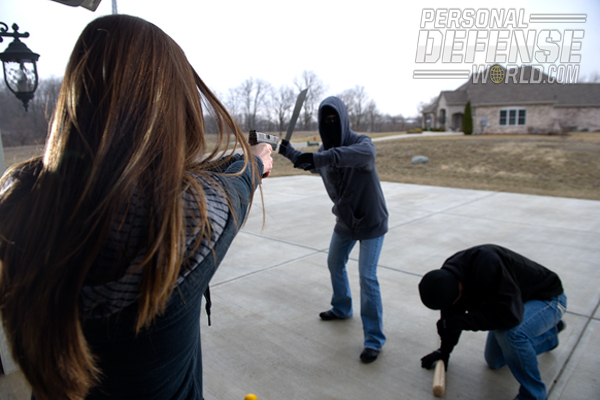 It is understood in law that when you are attacked by multiple assailants, the likelihood of them beating you to death or horribly injuring you is so great that their force of numbers can become the equivalent of a deadly weapon, justifying your use of a deadly weapon. Many years ago, I debriefed Kentucky State Trooper Roy Boleyn, who went through such an ordeal in Case Three. Working alone on a routine stop, he was violently attacked by two men. He had to resort to his service sidearm to end the potentially lethal assault, killing both men. The grand jury understood: They returned no true bill, and the matter was over.

Boleyn was a true hero cop. In a subsequent incident, he and other officers shot it out with a mass murderer and cop-killer. Felled by a .223 rifle bullet that broke his spine and left him paralyzed from the waist down for life, Roy Boleyn returned fire from a supine position and left the gunman dead on the floor. His skill and determination undoubtedly saved many lives in that second incident.

Another classic example is found in Case Four, the “Sweet Trials,” one of the most famous episodes in the career of the great defense lawyer Clarence Darrow. In segregated Detroit in 1925, a black physician named Ossian Sweet aroused the ire of white racists when he purchased a home in a white neighborhood. He was in that home with friends and family when a white mob surrounded the house. Shots were fired from inside, and one member of the mob was killed and another wounded. Murder was charged. The force of numbers element was one reason why all the defendants were ultimately exonerated. 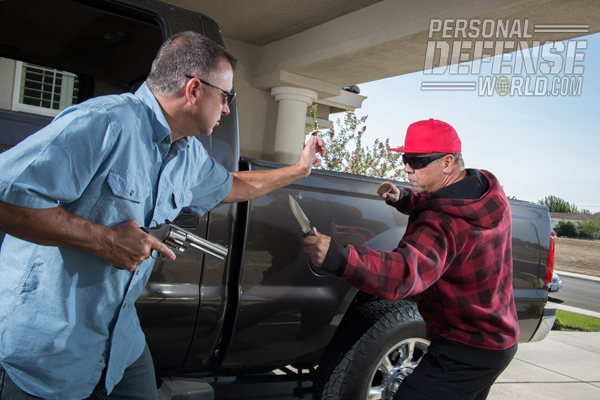 An able-bodied attacker has a disparity of force advantage over a disabled victim, even if the disability has taken place in the course of the instant assault. An assailant who is highly skilled in unarmed combat has disparity of force over a less-skilled victim. So does an assaulter who is much larger and stronger than his victim.

Sometimes, more than one element of disparity of force is in play during a self-defense shooting. That was certainly so in Case Five, Tennessee v. Shawn Armstrong. This was a manslaughter case tried a couple of years ago. Mrs. Armstrong was violently attacked by her estranged husband, who battered her to the ground and kicked her as she lay helpless. He walked away for a short distance, then spun back in her direction as if to attack her again. At this time she opened fire from the ground, killing him with a single .38 Special bullet from her revolver.

Her lawyer, John Colley, brought me in to testify. We were able to establish that no fewer than five to six disparity of force elements were in play at the time she fired the fatal shot in self-defense. (1) Size and strength: He was much larger and stronger than she. (2) Male versus female, obviously. (3) Skill favored him, too. She had no background in hand-to-hand combat, but he had been highly trained in that discipline as an Army Ranger, and she knew it. (4) Position of disadvantage: She was down and couldn’t get up to defend herself or flee, but he was on his feet, uninjured and fully ambulatory. (5) He was able-bodied, and his attack had disabled her; a vicious kick to her thigh had left her unable to rise to her feet at the time she at last had to resort to the gun. (6) Finally, there was an arguable force of numbers element. The estranged husband had brought his adult male cousin with him, and while that person observed and did nothing to stop it, he did not participate in the aggravated assault, either. However, any person in Mrs. Armstrong’s position could reasonably fear that he would join in the attack at any moment. The jury “got it.” In less than an hour, she was completely acquitted. 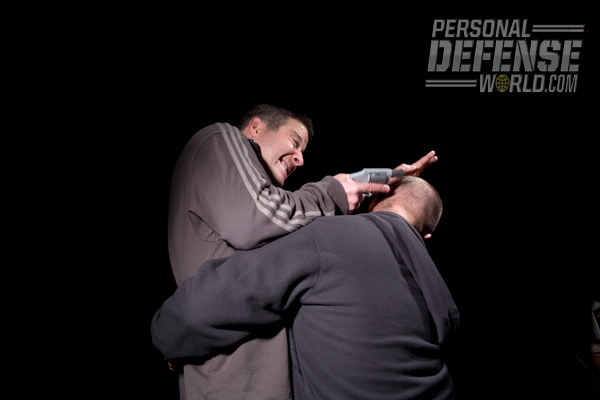 The five cases described above ended with a tally of six men dead and one wounded. Note that four of the five went to trial, and even the one that didn’t still had to go in front of a grand jury. Society has been conditioned to see the shooting of an unarmed person as something that can’t be justified, and it seems to take a legal defense team to establish justifiability in a court of law before justice is served. That may not be fair, but it is how things are. Anyone reading this could one day face a deadly disparity of force assault. Should that day come, it will be critical for such a defendant to establish a disparity-of-force defense, and make the above principles clear to the triers of the facts.

The final message that we can take away from all of this is that, in every instance, the armed individual who shot their “unarmed” attacker(s) was ultimately exonerated.