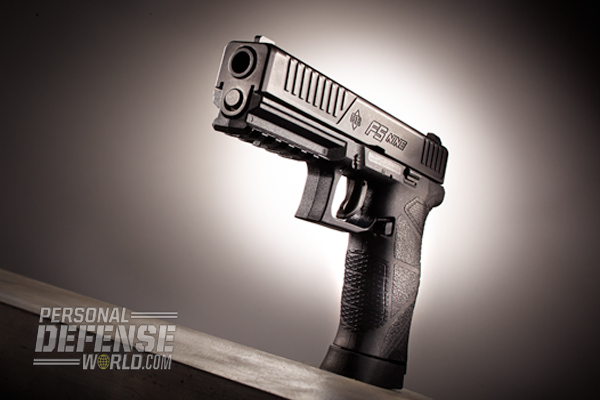 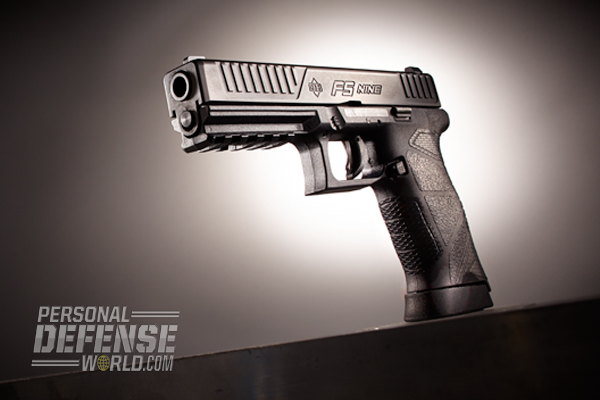 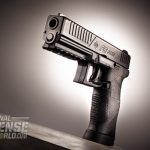 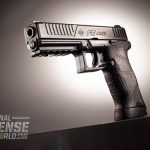 For the September 2014 issue of COMBAT HANDGUNS, author David Bahde investigated a new offering from Diamondback Firearms, the Diamondback DB FS Nine. As a fan of 1911 designs and full-size pistols in general, Bahde wanted to find out how Diamondback’s latest 9mm handgun sized up on the range.

“Diamondback Firearms has been building compact and subcompact pistols in .380 ACP and 9mm since 2009. Known for a smooth and crisp trigger, especially in such small pistols, the DB380 and DB9 pistols are favorites among concealed-carry holders,” said Bahde in his review. “While the company also manufactures an AR pistol (the DB15), its standard pistols are designed for deep concealment—that is, until now.”

In handling, Bahde found the polymer DB FS Nine’s controls intuitive and the design easy to adorn with tactical accessories. “The gun’s controls are similar to those of a Glock, with a single slide stop on the left side. The magazine release is easily accessed. Indentations at the bottom of the mag well allow you to ‘pull’ on the magazine base to ensure it is properly seated. The square triggerguard sits behind a full-length rail with multiple slots. Every light in my inventory went on easily, including several SureFire lights, some Streamlights and a few others.”

At the range, Bahde continued to be impressed by the DB FS Nine’s capabilities. Testing four 9mm loads throughout his testing, Bahde achieved groups between 2.0 and 2.75 inches at 25 yards. “The FS Nine shoots really soft, especially with the 115-grain Black Hills practice ammunition. Even when using DoubleTap’s +P ammunition, it remained very controllable,” said Bahde. “Purely subjective, but it seemed to shoot a bit softer than most striker-fired polymer pistols I’ve tested.”

To read the full article, check out the September 2014 issue of COMBAT HANDGUNS, available on newsstands July 1, 2014. To subscribe, go to https://www.personaldefenseworld.com/subscribe. 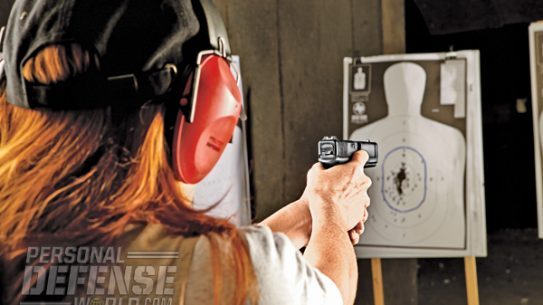