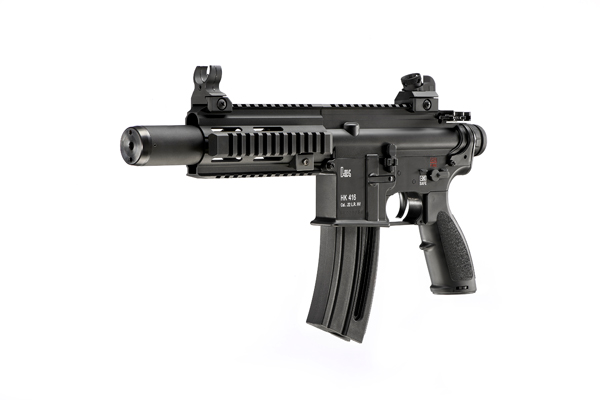 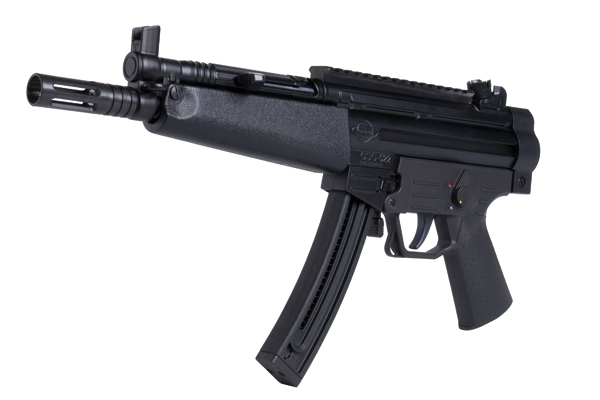 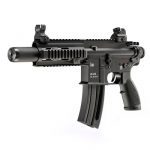 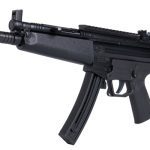 For the “Rimfires” column in the September 2014 issue of COMBAT HANDGUNS, author Richard L. Johnson took a look at three rimfire pistol designs based on well-known combat weapons. Made by Walther Arms and German Sport Guns, these replicas offer plinkers a chance to shoot .22 LR replicas of the Uzi, the HK416 and the HK MP5.

In working with the Walther HK416, Johnson noted the Walther version’s strict attention to detail and overall quality in comparison to the original design. “I was extremely impressed the first time I handled this pistol. Everything about it says ‘quality.’ The pistol has a nice heft to it, and the gun feels solid. Nothing in this pistol felt like a cheap knock-off,” said Johnson. “I found the HK416 pistol to be extremely accurate with a variety of ammunition. Several loads turned in sub-1-inch groups at 25 yards using the iron sights and a rest. Adding glass might make all of the loads sub-1-inch performers.”

Johnson then moved on to testing a replica of the HK MP5 in the American Tactical Imports/German Sport Guns GSG 522P. “There are a variety of cosmetic differences…between the GSG 522P and the MP5. Among them are the unusual texture on the pistol grip in the trigger housing and the sights. The front sight post is open, rather than completely encircled in a protective hood. For anyone with experience shooting an MP5, this will change the sight picture you are used to,” said Johnson. “This gun shoots very well, and I was extremely pleased with its performance. Accuracy was very good as was reliability. I experienced no malfunctions with the gun. Although the gun had a few cosmetic inconsistencies from the MP5, it was a great gun to get on the range.”

To read the full article, check out the September 2014 issue of COMBAT HANDGUNS, available on newsstands July 1, 2014. To subscribe, go to https://www.personaldefenseworld.com/subscribe. 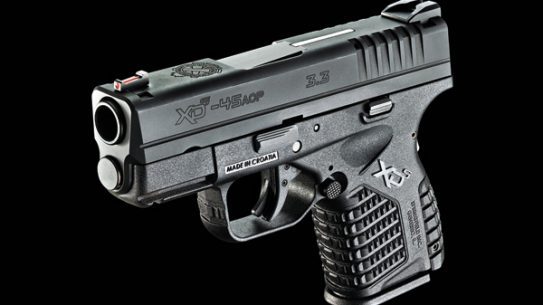 Top 15 Pocket Pistols for Self Defense

A rundown of the top 15 pocket pistols for self defense, from companies such...