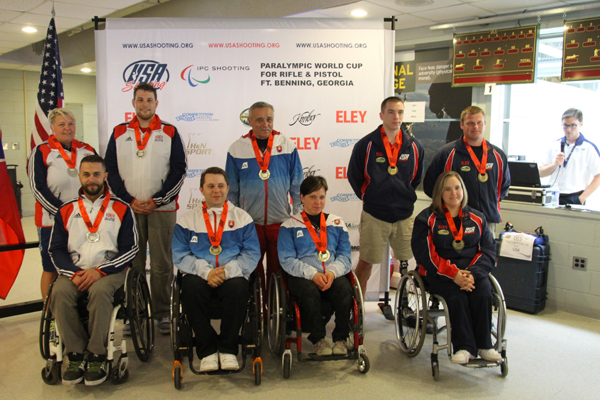 Tammy Delano, Josh Budd and John Joss of the USA Shooting Team walked away with the bronze medal in the team event of R3 (Mixed 10m Air Rifle Prone SH1) at the IPC World Cup in Fort Benning on friday.

According to the press release, USAMU teammates Joss, Budd and Delano collectively earned a Qualifying score of 1872.7. Budd and Delano placed 11th and 12th respectively, but Joss competed in the Finals where he finished eighth place in a very close contest.

Veronika Vadovicova once again took home the gold medal in the R3 event. Vadovicova has won gold in all three events she has participated in thus far at this World Cup. She had a Finals score of 211.8, which is just .1 point shy of a Finals world record. The silver medal went to Matt Skellhorn of Great Britain, while Ben Jesson of Great Britain captured the bronze. The team gold medal was awarded to Slovanika, and the team silver medal went to Great Britain. 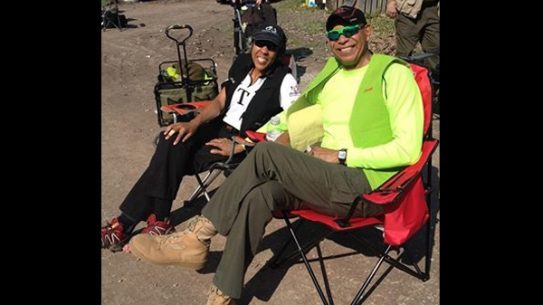