An 11-year-old girl escaped the clutches of a kidnapper using the moves she was taught in a local self-defense class.

According to CBS San Francisco, the unidentified girl was walking down the street along Kent Avenue in San Leandro earlier this week, when 54-year-old Martin Gonzalez approached her and grabber her by the wrist.

Gonzalez attempted to drag her into his car while his pants were down around his ankles, but the girl quickly managed to escape before any harm was done to her.

“I didn’t even think about it, I just did it,” she told Deputy Priscilla Silva of the Alameda County Sheriff’s Office.

As CBS San Francisco reports, Deputy Silva has been the girl’s self-defense instructor for the past couple of months. She hailed her as one of her best students.

“I was really proud of this girl in particular because she’s very small in stature and because she’s the younger side of the females that I do teach,” said Silva. “She was always 110% in class.”

According to CBS San Francisco, Gonzalez is currently being held at the Santa Rita jail. He is being charged with attempted kidnapping, sexual battery and indecent exposure. 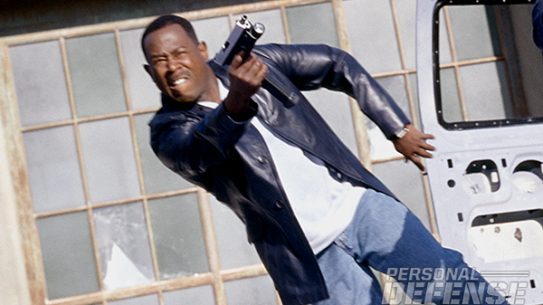 In the movies and on TV, there’s no easier performer to work with than...