9 Steps to Live Through Sudden Attacks

"He came from nowhere" - famous last words from most violent attack victims. Be prepared. Know your surroundings, always.

0
SHARES
10
VIEWS
Share on FacebookShare on Twitter
I make a living training citizens and law enforcement professionals to shoot guns, but I’ll be the first to admit that gunfights are far less likely to be simple, unarmed assaults. We live in a nation of laws, and when it comes to the use of force, said force needs to be reasonable based on the circumstances at hand. While there will always be several factors determining what “reasonable” is (size, age, the attacker’s skill versus the victim’s and so forth), as a general rule the potential victim must have an expectation of serious injury or death to justify using a firearm. If the attacker is merely threatening to “kick your ass,” it will be hard to justify shooting the attacker. The harsh reality is that guns are not always the answer (no matter how hard you try to justify it) and not the sole answer for a personal security plan.

Yes, I know, guns are fun to shoot and train with, while rolling around on the ground and punching, kicking, gouging and getting dirty is not (at least to most people). But you do not have to commit to a lifetime of martial arts study in order to defend yourself. Just understand your capabilities, know some simple and straightforward techniques, and understand that combat is “90 percent attitude and 10 percent skill,” to quote Kelly McCann, a former U.S. Marines special missions officer, trainer and founder of one of the most sought-after training schools, Crucible, and more recently, Kembativz (the phonetic pronunciation of the word Combatives). Read on to learn about 9 steps to live through sudden attacks. 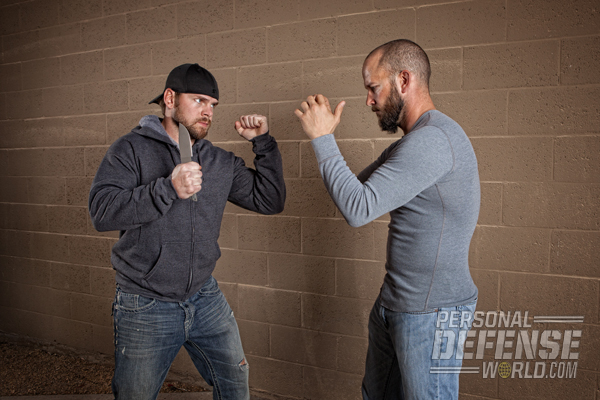 1.) Facing a knife, the defender’s guard is up, ready to act. 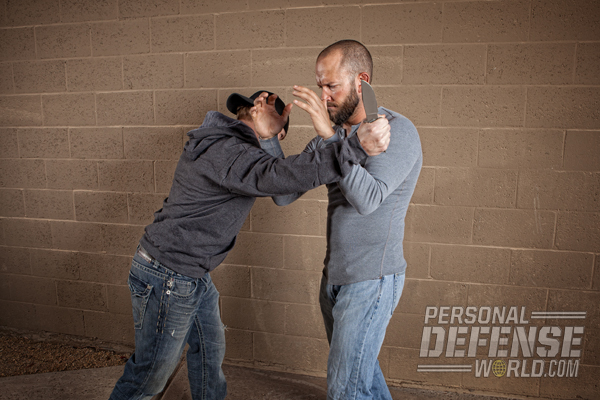 2.) Block the forehand slash with both forearms. 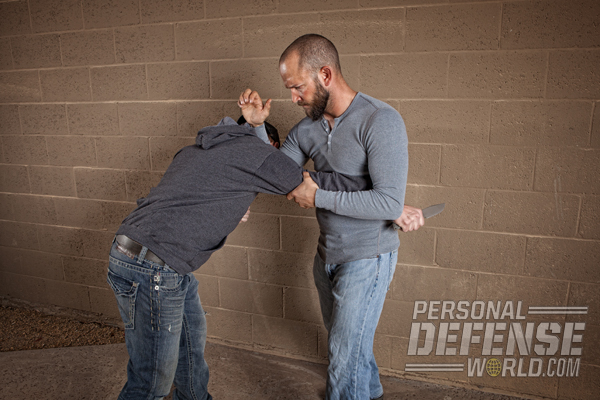 3.) Immediately grab above the elbow to control the arm and strike with an axe hand to the neck or head. 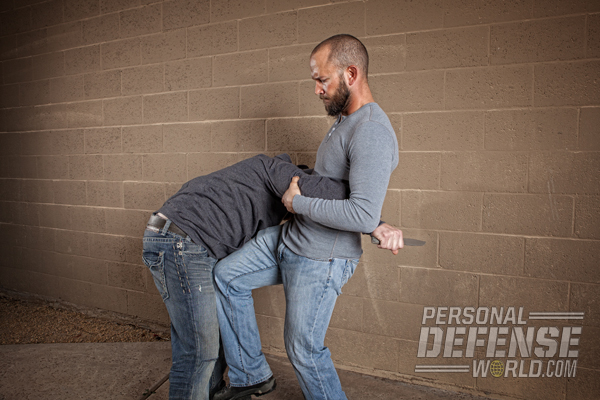 4.) Drive a powerful knee into the groin to bend the attacker forward. 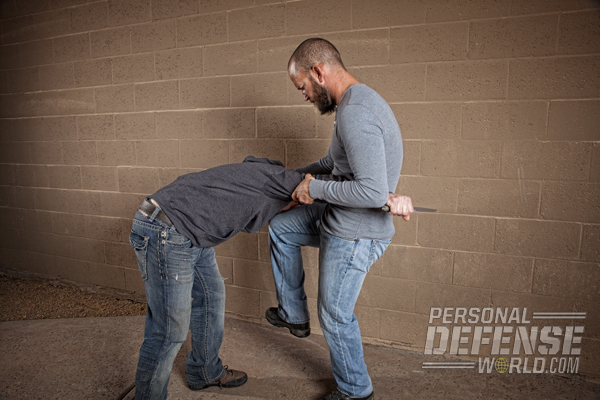 5.) Follow the knee to the head until the threat is neutralized. 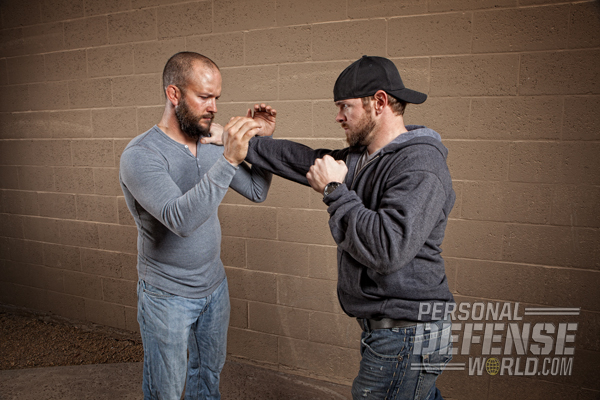 1.) Against a one-handed choke, pin the attacker’s hand with your left hand. 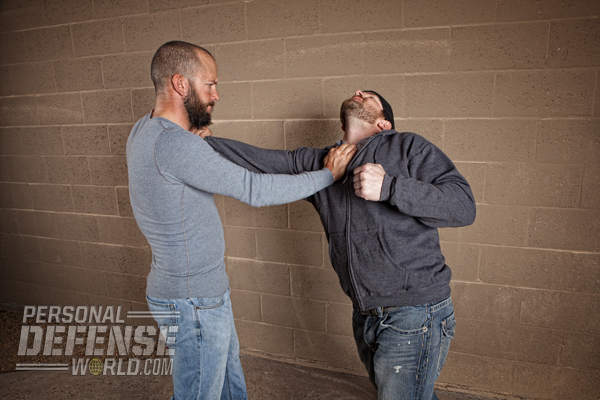 2.) Drive your fingers into his jugular notch. 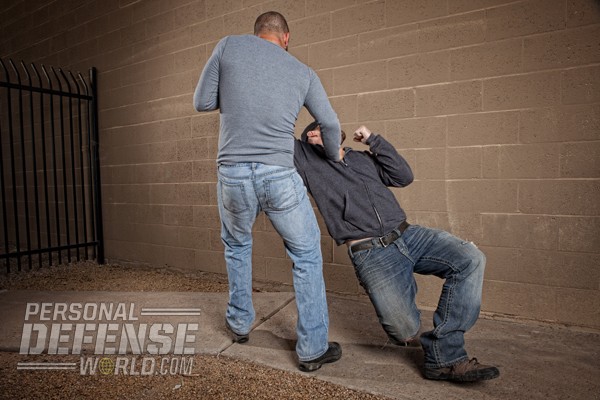 3.) Curl your fingers down and pivot quickly to cut him down. 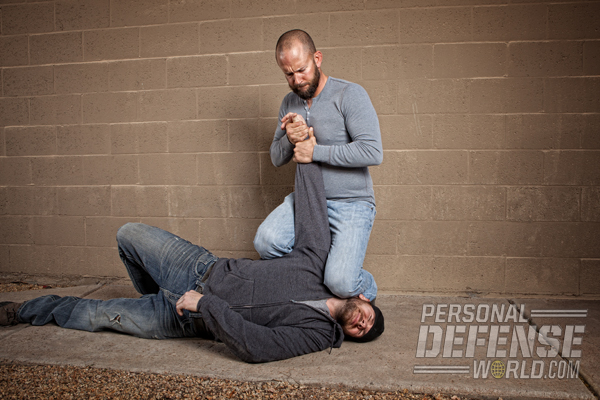 4.) Then drop both knees on his head and ribs. An elbow break can easily be added for good measure to end.