An armed homeowner fought back against four teenaged suspects trying to burglarize his home in Clayton County, GA.

According to WSB-TV, the suspects attempted to rob a resident at the Laurel Park Apartments in Riverdale on Highway 85 at around 3 a.m. on July 22.

Upon entering the home, the group was confronted by the armed homeowner, who proceeded to open fire. GunsSaveLives.net reports that one of the suspects was shot in the abdomen. The entire group managed to escape to a nearby apartment, where they called for medical help.

The homeowner called the police. Three suspects were arrested, and one was sent to an area hospital for treatment.

As WSB-TV reports, the suspects either live in or near the apartment complex, but the robbers and armed homeowner do not know each other.

Police said they do not believe the homeowner will face charges, but detectives who are interviewing all parties involved in the incident will make the ultimate decision. 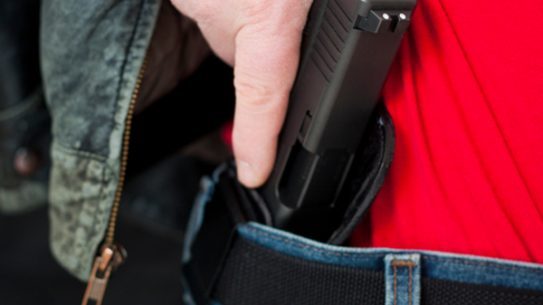 A federal judge in Washington, D.C. has overturned the city's ban on citizens carrying...